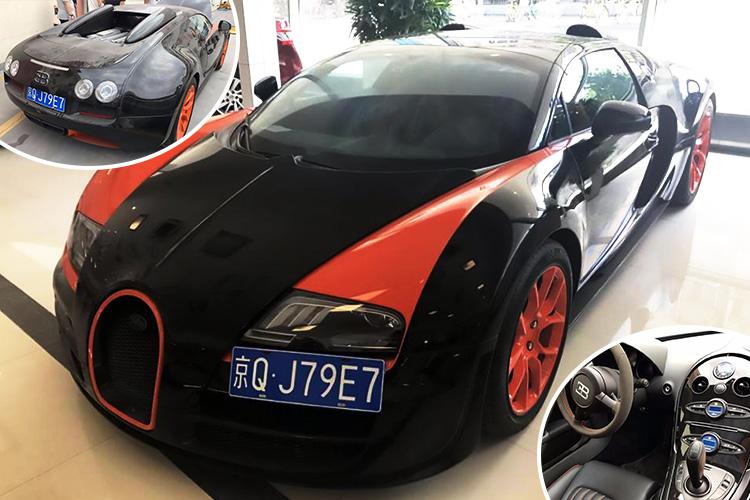 A UNIQUE Bugatti Veyron is set to become the car brand’s most valuable model in the world when it sells for over £3.3million.

The special-edition Veyron Grand Sport Vitesse WRC model is the only one of its kind in China, and was once the fastest production car ever built.

Bugatti added the initials “WRC”, for World Record Car, when the stunning motor set the record for the fastest production sports car in the world, hitting 254 mph.

Fitted with an 8.0-litre turbocharged engine capable of 1,200bhp, the World Record edition was actually capable of topping round 267mph, but was electronically limited to stop its tyres from disintegrating.

While it is unclear why this particular model has suddenly appeared on the market, it is drawing attention right across China, with potential buyers given just over one more week to bid.

The “World Record Car” has been given a tidy starting bid of £2.65million following its release for public bidding by the Second Intermediate People’s Court of Shanghai in East China – but experts predict it will fetch considerably more.

If the sale does live up to expectations, the Veyron will become the most expensive of its kind ever sold at auction.

The previous record holder was a 2015 model Veyron Grand Sport Vitesse, which sold for £1.7million at the Mecum Monterey Auction last year.

Despite being unveiled at the Shanghai Motor Show in April 2013, only one of the special-edition French WRC supercars was sold on the Chinese market.

According to reports from Chinese media, the car is yet to receive its first bid, having only been released to the public on Friday.