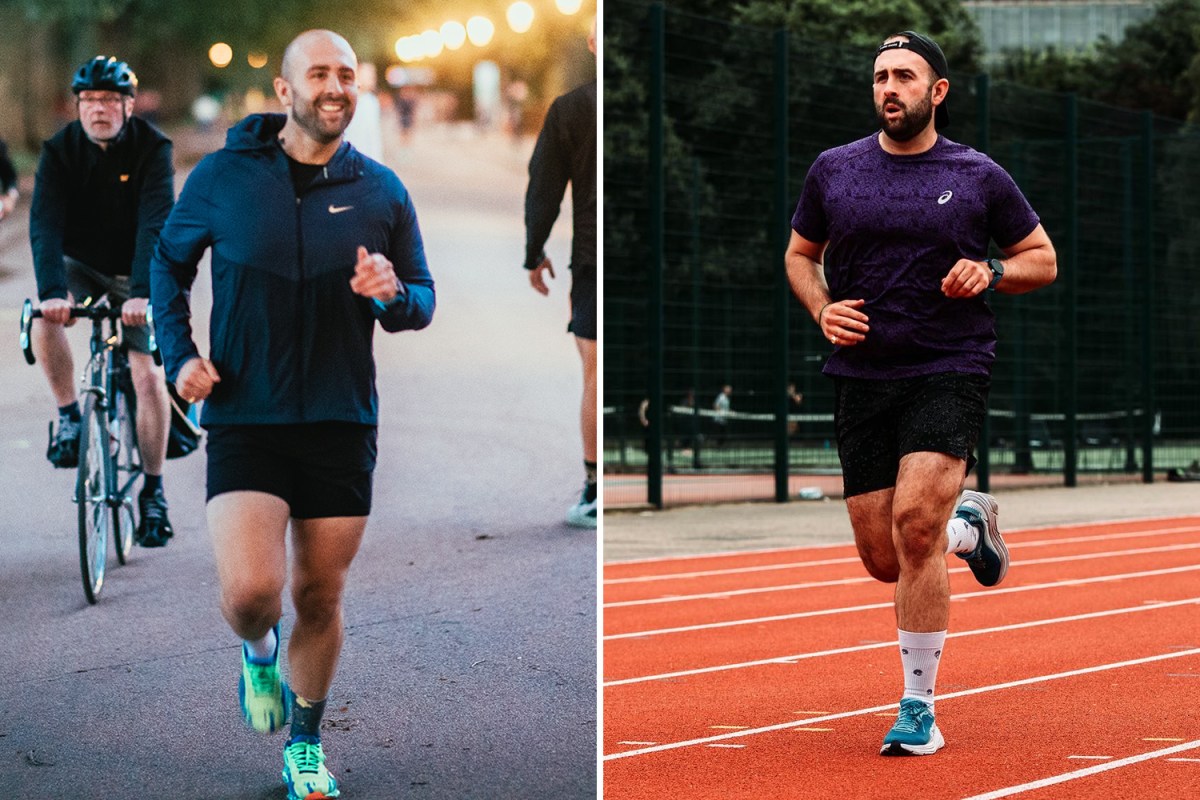 LIFE stripped back to his flat’s four walls and hours spent looking at screens working from home, Daniel Sibal, 28, suddenly reached his limit.

“I had a panic attack at my desk,” he remembers. “I felt like I couldn’t breathe or focus.

“Everything on the screen in front me was blurred and I started crying for what felt like ages.

“I had a tight feeling in my chest and it was like the walls were closing in.

“I felt like I was in a box that was an inch from my body, that’s the only way I can describe it.”

It was October 2020, eight months into the Covid pandemic and that moment at his desk saw Daniel being signed off work for seven months, and being diagnosed with panic, anxiety, stress and depression.

“At least up until that point, that was the lowest I’d ever been. I had no purpose, no identity.”

“I had lost this idea of the job that I was doing,” he adds. “[It] was now reduced to nothing.”

Daniel, who lives in south London and grew up in Somerset, says that before everything changed that day at his desk, he’d been “very typical” when it came to how he saw his life panning out.

He studied at Birmingham University and trained as an accountant, a career that promised you’d “earn a good living”.

However, he quickly realised “I wasn’t well suited to the profession. I didn’t recharge my own batteries as a result of working as an accountant and actually, it wore me down quite quickly”.

Changing path never felt like an option though, and then Covid hit.

“The pandemic really put into perspective how full or sometimes how empty our lives were,” says Daniel.

“Without social interaction [you were] left to struggle with your own demons and your job and if you were fortunate to have a job and actually maintain your job, that was something you were told to be thankful for.”

Struggling with home working, Daniel felt guilty for having a job when so many people were being furloughed or losing their livelihoods, while knowing he wasn’t happy in his, and also knowing that many people would’ve done anything to be in his position.

Those layers of guilt began to add up.

“I was always at odds with myself, desperately trying to convince myself that what I was doing was in my best interest,” he says.

“Like so many of us, [Covid] was just the straw that broke the camel’s back and I was forced to recognise that I couldn’t keep going the way I was.”

FINDING A WAY THROUGH

In April 2021 Daniel quit accountancy and decided to “start fresh and try rebuilding my life”.

“One of the byproducts of depression is that it blocks out the good times and only reinforces the bad times,” he explains, so he’d scribble down sunnier moments to look back on, be it having a conversation with a friend, or seeing a dog in the park.

“Because on the days where I could barely function, there was no part of my brain that could remember those happy smiling, joyful memories, which was really tough.”

But one thing that made a huge difference to his recovery was getting into group exercise.

He realised that “meaningful human connections are at the centre of everything I wanted to achieve in my life” and that experience, of being part of a club and involved in the world again, has pushed him to take on a colossal challenge: to run a total of 4,368km + 1km in 2022.

That’s 84km every week, for 52 weeks, to reflect the 84 men a week, on average, who die by suicide in the UK, where suicide is the single biggest killer of men under the age of 45.

And that final extra kilometre?

“The final kilometre is for me,” explains Daniel, “and everybody else who has battled through, faced their demons, is still struggling, has good days, bad days, but are still putting one foot in front of the other.”

If you have been affected by any of the issues raised in this article, contact The Samaritans on 116 123.

They are available for free at anytime.

When it comes to hitting the tarmac, Daniel will be running roughly 12km a day (which takes him around 1hr15-1hr30) for 365 days, which doesn’t allow for the odd short run, or days off.

“You know that, come what may, the chances are you’re running today,” says Daniel ruefully. “And that’s fine by me. I don’t mind that.”

Now a CrossFit coach, there are days, he says, when “it’s wet, it’s windy, I’ve woken up at 5am to go run before I coach and I don’t want to be out there”.

But he always reminds himself that “even in my darkest days, there is no amount of pain that I can experience whilst running that is worse than when I was at my lowest.

“That’s the comfort in that situation, just knowing that this pain will pass, and what you’re doing is for a much more important cause than just myself.

“It’s really leaning into this idea that this is going to make a difference.

“I’m doing it because the money we’re raising, it’s helping save lives.”

Daniel has partnered with Cardiff-based charity Big Moose, which is hoping to raise a million pounds this year in order to provide immediate talking therapy to people who need it.

It’s that immediacy – Big Moose uses donations as they come in – that really appealed to Daniel.

“When I go out for a run and it’s cold and windy and dark, I just remember that the money I’m raising isn’t just being accumulated and used at the end of the year.

“It’s being used as we speak.

“So everything you do is tangibly making a difference.”

Daniel was “very, very lucky” to be in a position where he could get therapy when he needed it.

“I didn’t have to get onto a six month waiting list,” he says – and the fact there was no delay was absolutely vital.

“Had I not received that help, through psychotherapists and cognitive behavioural therapists I would likely not have been here to have this conversation,” he says.

He doesn’t want anybody who doesn’t have the means to access therapy to have to risk going without it.

“You either do have the means that you get to speak to somebody, and that starts the recovery process, or it goes the other way.”

For Daniel, it took a long time for him to be able to open up, especially to his male friends “to be vulnerable enough to actually admit that I was going through a tough time”.

Men he says are “notoriously bad at discussing aspects of their mental health – they feel weak”.

He later realised that “had I leant into the support I already had in my life, it would have made such a massive difference in helping me overcome those really dark days”.

Now he wants to be an example of how “it’s empowering, talking about the things you struggle with”.

Mid-way through January, Daniel is slightly ahead of his weekly target, kilometres-wise.

“The legs are sore,” he admits, and he’s already anticipating his food bill is going to go through the roof, especially considering how many oats he’s eating to fuel his running.

He’s enjoying testing his mind and body though.

“That’s part of living,” he says. “Living on that edge of your comfort zone.”

And just in the act of running he finds a sense of peace and clarity – especially when running with others.

He says his heart just “feels fuller and more joyful” after he’s been to run club.

Ultimately. Daniel wants anyone struggling with their mental health to know that “people do care about you – because you’ll convince yourself when you’re having a period of depression that actually nobody cares, so there is no reason to be here. No reason to keep going”.

“When I tell people there were periods when I was very depressed, where I would lie on my sofa, crying for seven hours, unable to do dishes, it’s not saying that for them to pity me,” says Daniel.

“It’s saying to them, ‘Whatever you’ve experienced, we have some sort of common ground,’ because at some point in your life, you have struggled with the way your mind operates.

“It’s okay to not have all the answers, it’s okay to be stressed, worried, anxious, unsure, vulnerable in every sense, and actually, whatever you want to talk about, there’s a space for it.”

You can stay up to date with Daniel’s progress at www.instagram.com/sibs93

To make a donation and support his running challenge, visit www.justgiving.com/fundraising/Daniel-Sibal1

And to find out more about the work of Big Moose, check out www.bigmoosecoffeecompany.co