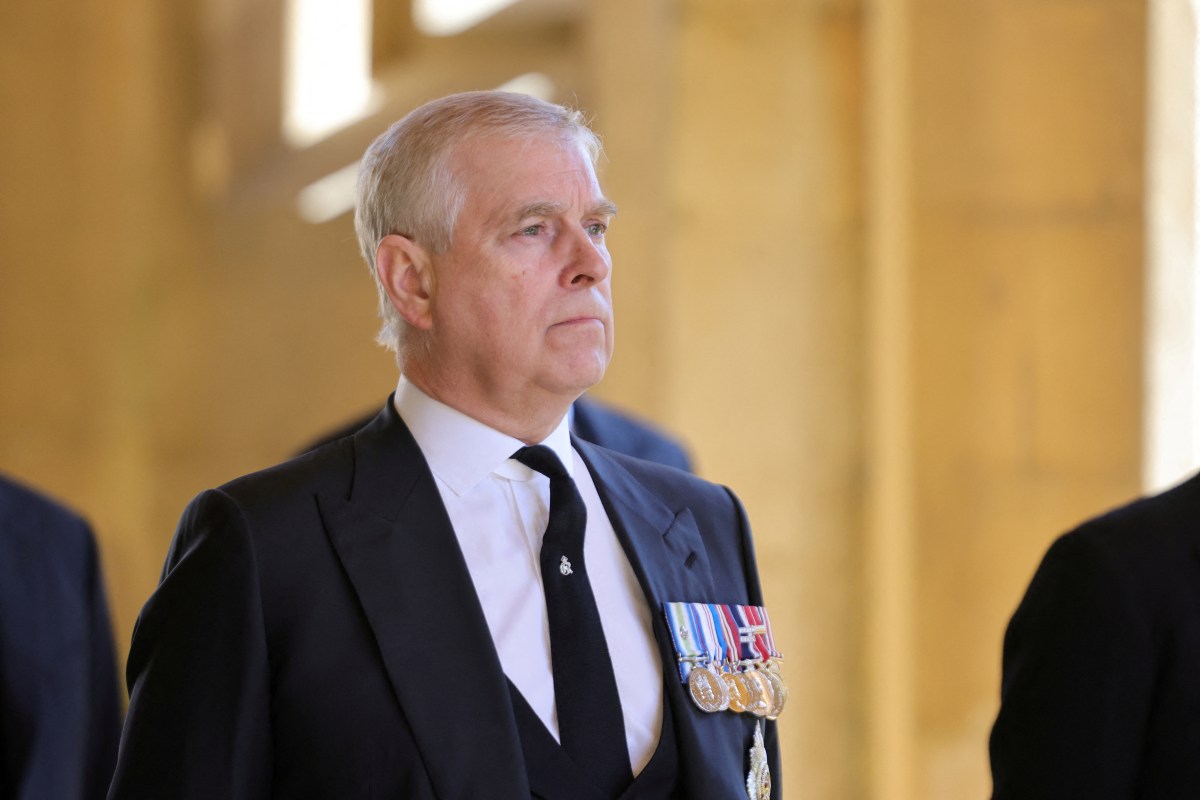 PRINCE Andrew’s “horrific” friendships have been an utter nightmare for the Queen, a minister blasted today in an extraordinary broadside.

Armed Forces Minister James Heappey slammed the embattled Duke of York for causing “enormous challenges” for his mother in her Platinum Jubilee year.

Andrew is fighting a civil case in the US where Virginia Giuffre claims he sexually abused her in 2001.

He strongly denies the claims.The Duke – pals with the late Jeffrey Epstein and convicted Ghislaine Maxwell – was last week stripped of all royal and military titles.

Taking the unusual step of commenting in royal affairs this morning, Mr Heappey tore into the Prince.

He told LBC: “My personal reflection is his associations are horrifically ill-advised and he has caused enormous challenges for the royal family in the year when we should be celebrating the extraordinary service of Her Majesty the Queen as she reaches her Platinum Jubilee.

“But I’m also a minister of the crown and it would be inappropriate for me to give any further comment that might risk being too colourful.”

The news comes as Andrew’s exile from the Royal Family begins.

Just last week, he learned a civil sex abuse case will proceed in the US, despite his attempts to have it thrown out.

And 24 hours later, he was effectively banished from the Royal Family after the Queen met with William and Charles.

The future kings said they believed Andrew’s position is “grave” – and he was summoned to Windsor for an emotional summit with his mother, during which he was stripped of his patronages and titles.

It was then reported that Duke, who will be fighting the case as a private citizen, fears he’ll be left destitute.

And he’s now facing calls to relinquish his dukedom – which cannot be done by the Queen – and give up his police protection, which costs the taxpayer an estimated £300,000 a year.

Piling insult onto injury, UK Times exclusively revealed he ordered flunkies to arrange his teddies and soft toys in specific positions on his bed every night.

If it wasn’t done to his liking, he’d “scream and shout”, it’s claimed.

Maxwell is facing the rest of her life behind bars after she was convicted of trafficking girls for Epstein to abuse.

The 60-year-old helped entice vulnerable teenagers to Epstein’s various properties for him to sexually abuse between 1994 and 2004.

Prosecutors described her as a “sophisticated predator”.

Epstein was found dead in prison in 2019. He was being held without bail on federal sex trafficking and conspiracy charges

Andrew denies any wrongdoing after he was accused of having sex with Virginia Giuffre when she was 17.