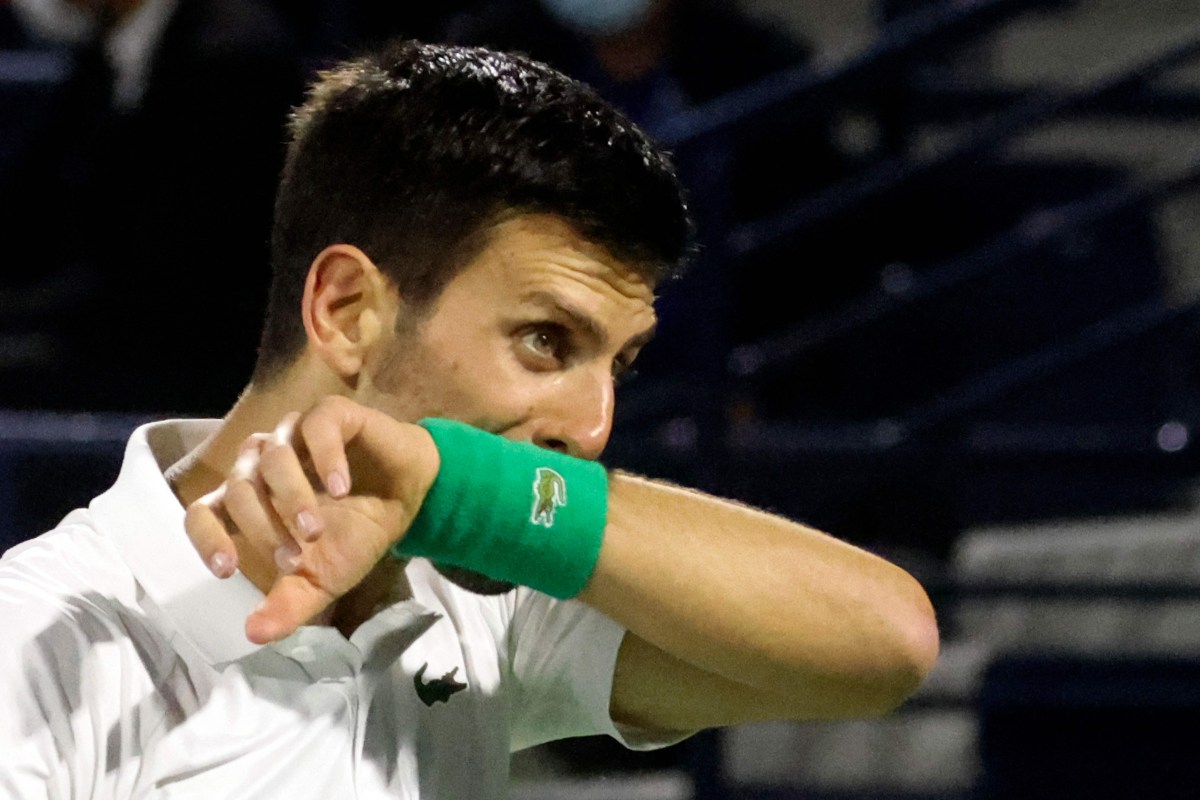 NOVAK DJOKOVIC confirmed he will not compete in the Indian Wells or Miami Open due to coronavirus vaccination rules in the US.

Djokovic in unvaccinated and is thus unable to travel to the United States for those two tournaments.

This comes after the World No2 was kicked out of the Australian Open in January when his visa was rejected as he didn’t meet the COVID-19 requirements.

Djokovic tweeted: “While I was automatically listed in the @BNPPARIBASOPEN and @MiamiOpen draw I knew it would be unlikely I’d be able to travel.

“The CDC has confirmed that regulations won’t be changing so I won’t be able to play in the US.

“Good luck to those playing in these great tournaments.”

Djokovic was deported from Australia two months ago after losing his appeal against the cancellation of his visa.

The Serbian star has refused to change his stance towards the coronavirus vaccinations.

The 34-year-old also suggested he would be willing to miss further tennis tournaments because of his beliefs.

Djokovic told the BBC last month: “I was never against vaccination.

“But I’ve always supported the freedom to choose what you put in your body.

“Because the principles of decision making on my body are more important than any title or anything else.

“I’m trying to be in tune with my body as much as I possibly can.”