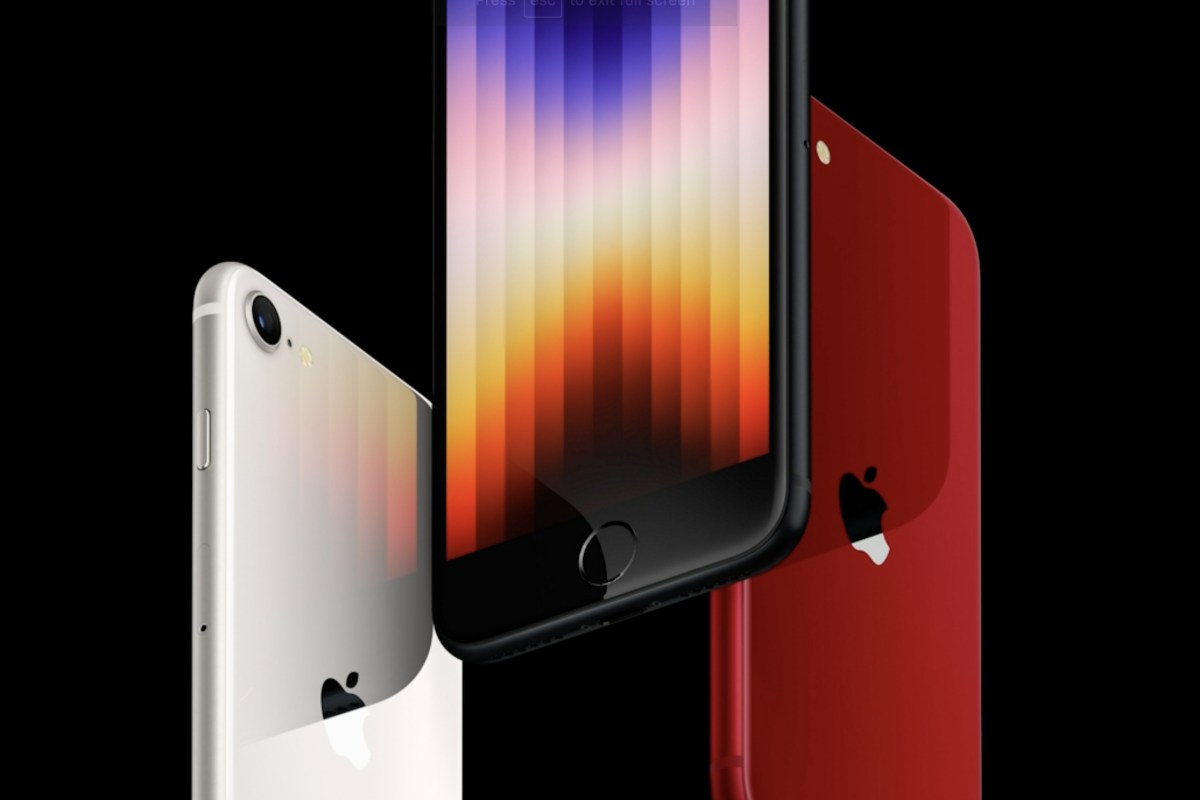 APPLE has revealed a brand new iPhone SE smartphone as the tech giant attempts to win over more customers with a lower price tag.

The device has been upgraded with the same powerful chip used in the iPhone 13 to keep it up with speedy demands, but it also has one other big improvement.

The most important upgrade is the inclusion of 5G at last, meaning iPhone lovers who don’t want to break the bank can finally enjoy super-fast connection speeds like everyone else.

This is the third iPhone SE that Apple have released, following on from the first in 2016 and a second in 2020.

Despite packing in more premium level tech under the bonnet, Apple has still not introduced Face ID to the iPhone SE.

Touch ID will live on, despite the main iPhone handsets moving away from it years ago.

The iPhone SE also remains smaller, with a 4.8-inch display – though the tech giant claims it is now the toughest glass you’ll find.

It’ll be available in three colours: midnight, starlight, and the charitable Product Red.

“iPhone SE has been an incredibly popular choice with our existing users and for new iPhone customers, thanks to its iconic design, exceptional performance, and affordable price,” said Kaiann Drance, Apple’s vice president of Worldwide iPhone Product Marketing.

“This year we’ve built the most powerful and durable iPhone SE yet, with better battery life thanks to A15 Bionic, the same chip as our iPhone 13 lineup that also unlocks advanced camera features like Smart HDR 4, Photographic Styles, and Deep Fusion.”

Pre-orders launch on Friday, March 11, with devices available a week later on March 18.

Ben Wood, Chief Analyst at CCS Insight, described the new iPhone SE as “perfect for consumers who are not interested in the bells and whistles on more expensive iPhones but love Apple’s user experience and apps”.

But he said the decision to keep Touch ID rather than implementing Face ID is “interesting”.

“It’s unclear whether this is down to cost or that Apple’s research that shows more conservative iPhone owners prefer to unlock the phone with their fingerprint,” he explained.

“That said, it also offers a very tangible point of differentiation from Apple’s more premium iPhone models and is easier to use in a world where mask-wearing has been the norm.”