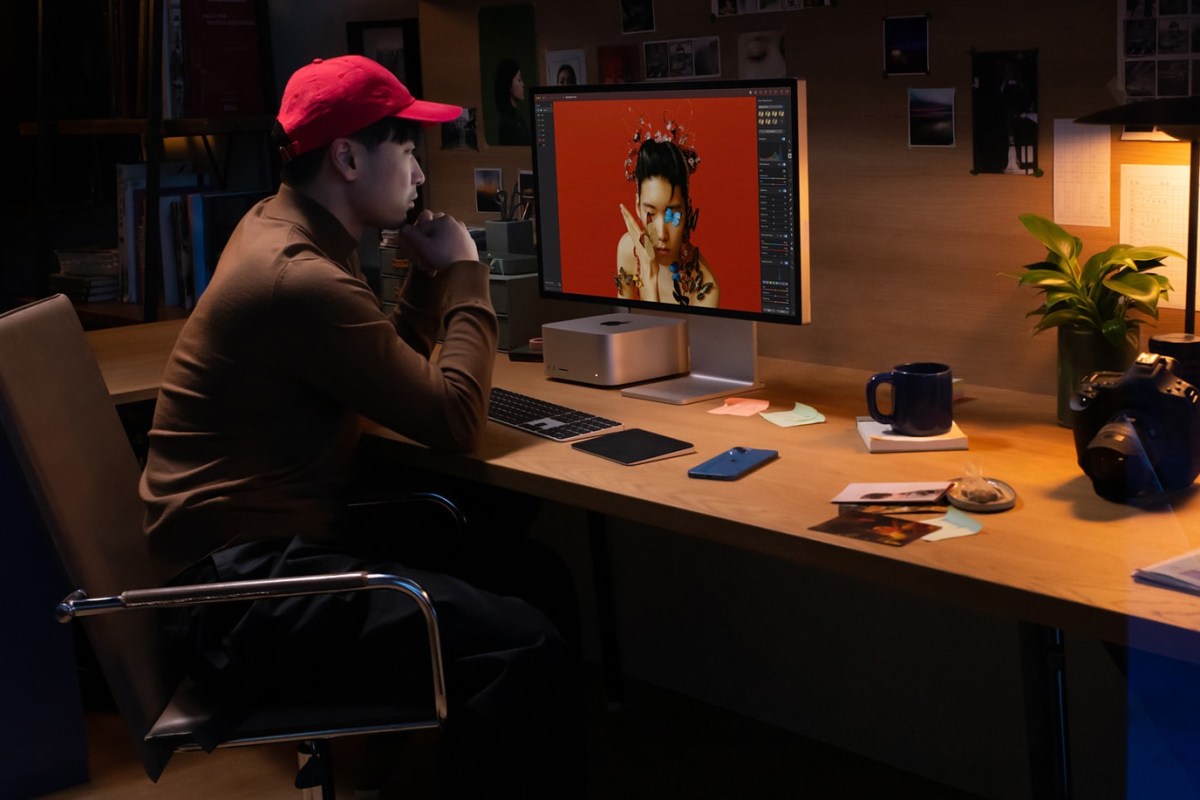 APPLE is boosting its Mac computers to a whole new level.

Front and centre is a new Mac Studio machine, which is so tiny it can tuck under just about any display.

The box measures at only 7.7-inches each side, and a mere 3.7-inches tall.

Despite this, it’s more powerful than much of Apple’s existing Mac line-up.

It’s all thanks to the new M1 Ultra chip.

And despite its dinky size and huge power, it’s said to be very silent.

Apple described it as a “breakthrough in personal computing”.

It comes with an array of ports, including four thunderbolts, two USB-C ports, a HDMI port, a pro audio jack port and an SD card slot.

Apple also revealed a swanky new screen, called the Studio Display, which pairs up nicely with the Mac Studio.

It features a 30-degree tilt arm, as well as six speakers and studio quality mics for crystal clear calls.

But neither will come cheap.

“The M1 family of chips is transforming its products, form factors and capabilities far beyond what users can do today,” analyst Paolo Pescatore from PP Foresight told UK Times.