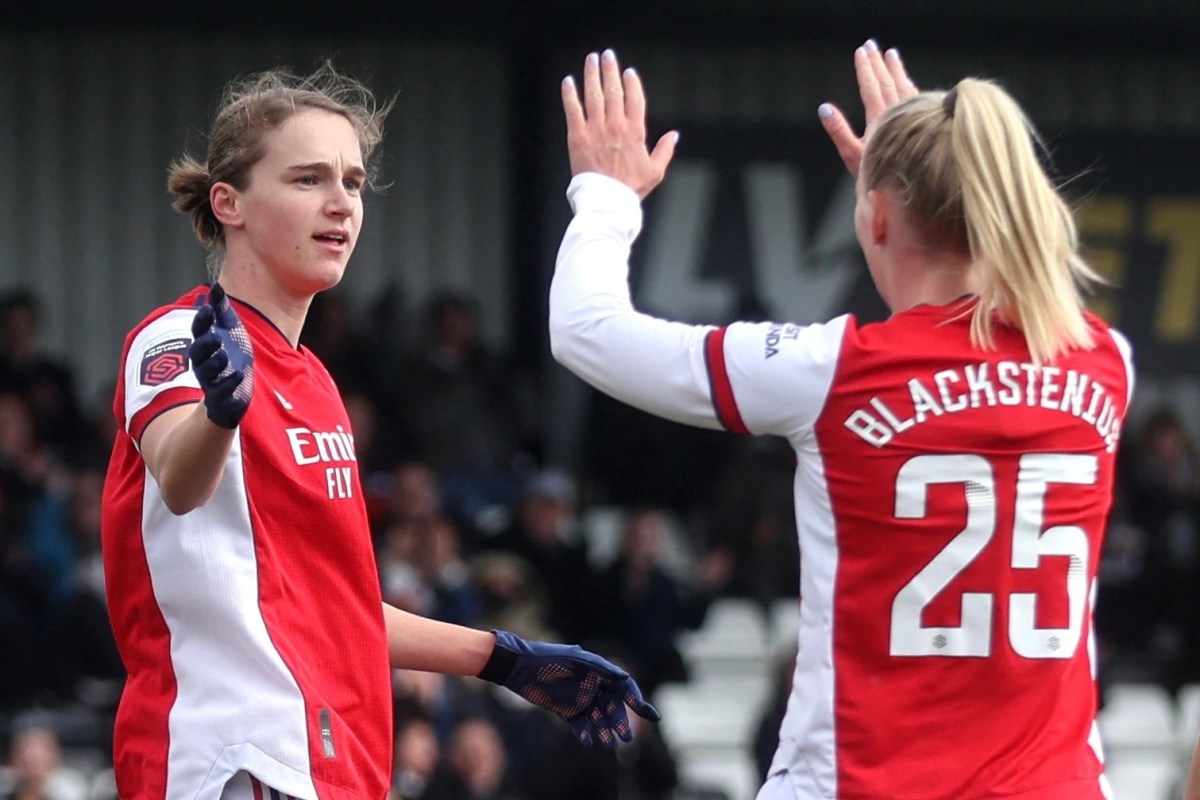 JONAS EIDEVALL hailed Vivianne Miedema for playing her way into the history books as Arsenal survived a scare against Birmingham.

But they endured a late fright with the league strugglers exploiting some nervy defending to bag two goals in six minutes.

The win, which included a first Gunners goal for Rafaelle, saw Eidevall’s aces move eight points clear of Chelsea who have three games in hand.

And it saw them avenge their shock loss to Darren Carter’s side back in January.

The Gunners boss said: “We had Beth Mead score her 50th WSL goal and Jordan Nobbs make her 250th appearance which is a huge achievement.

“Then you have Viv with 100 golden, goal contributing moments. Being the first player in the WSL to reach that is huge.

“I don’t think she personally cares because she cares about the next game and helping the team be as good as possible.

“But it’s a result of all the great things she has been doing. I’m really proud and happy for her.”

Arsenal attacked swiftly with Leah Williamson volleying over the bar in the seventh minute before the hosts hit the woodwork minutes later.

They got an opener with Rafaelle’s first Gunners goal as the centre-back headed the ball over Marie Hourihan.

And they doubled their tally after the half-hour mark with Miedema slotting into the bottom corner.

Later Stina Blackstenius came close to pouncing in the box before a bold Hourihan save near half time.

The WSL leaders extended their advantage to three with Mead’s 71st-minute strike at the near post.

But the visitors pulled two goals back late on.

The first came with Libby Smith netting after Harriet Scott’s cross from a free-kick.

And the second from Lucy Quinn taking advantage of a throw-in that was poorly dealt with.

But any Brum hopes of a draw were crushed by Caitlin Foord with the forward firing home in injury time to thwart the fightback.

“But if our players continue to show me that spirit and fight, we’re going to have a good go of staying in the WSL.”