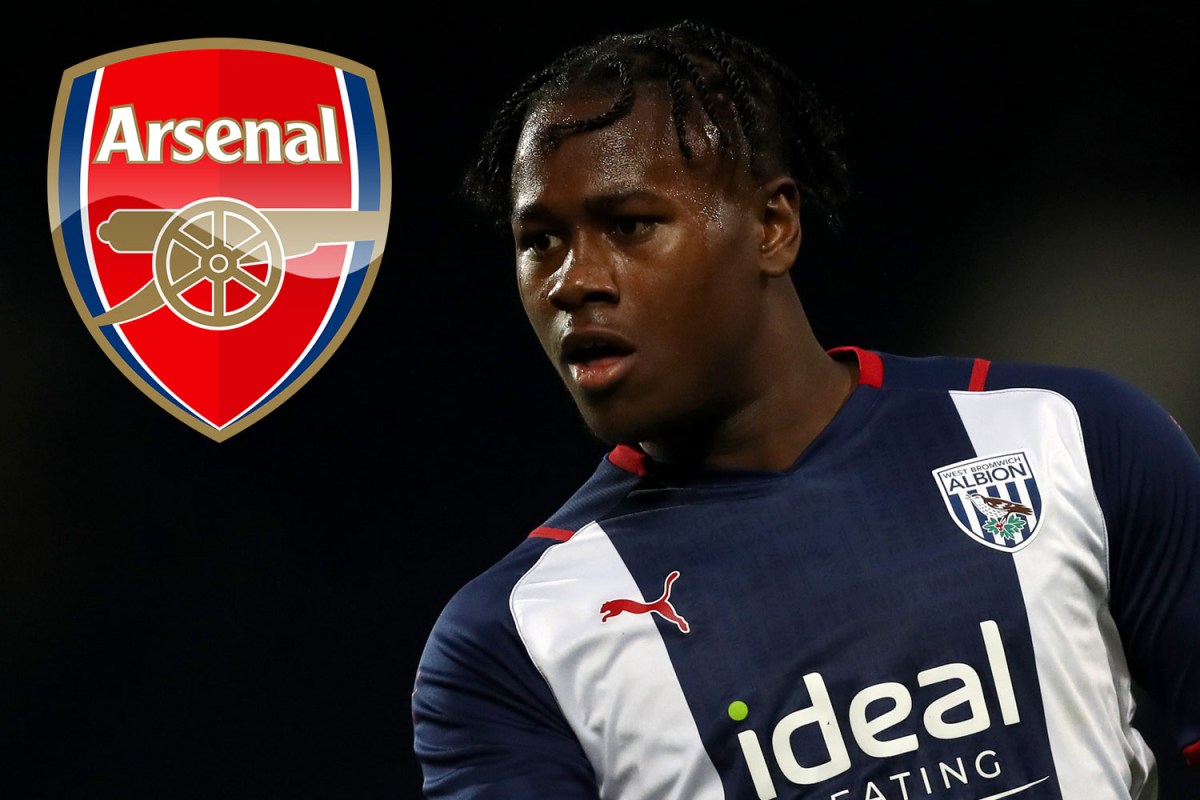 ARSENAL have reportedly joined the race to prise teenage starlet Reyes Cleary away from West Brom in the summer.

The 17-year-old striker, who made his Baggies debut in the FA Cup defeat to Brighton in January, is yet to sign a professional deal at The Hawthorns.

West Brom have offered the centre-forward a contract, but the player has not yet agreed terms with the Championship outfit.

Cleary brought up 30 goals for the season in youth football on Monday as he scored twice in the 4-2 win against QPR to knock them out of the Premier League Cup.

His exploits in front of goal have made him a wanted man, with Bayern Munich claimed to have sent scouts to watch him in action this term.

And according to the Daily Mail, the Bundesliga giants face competition from Arsenal to sign Cleary.

They state that the Gunners have registered their interest in the youngster having been impressed by his deadly finishing.

Along with the North Londoners, fellow Premier League teams Newcastle, Everton and Southampton are all keeping tabs on him.

Bayer Leverkusen, as well as Austrian giants Red Bull Salzburg, are also said to be closely monitoring his situation.

The two clubs hope the fact they can offer Cleary a faster route to first-team football could swing a move in their favour.

West Brom’s Under-23 boss Richard Beale has been full of praise for Cleary, as he labelled the striker a ‘diamond’.

He told Birmingham Live: “He’s a player we’ve got with lots of potential. It’s a big step up, obviously, to first-team football.

“Reyes knows that, he understands that, and every single day we are working to polish an uncut diamond.

“If he keeps working hard and keeps his head… he has a mature head on his shoulders and he knows he needs to work hard, the bits he has to improve on. He can be anything he wants to be.

“It is a big step up to the first-team and he’s certainly got lots of work to do yet, but he’s in a good place.

“We’re really excited by his potential and what he could become.”

Before adding: “He’s got a number of ways of scoring. Left foot, right foot, can do a little bit more aerially and he’s still got lots to learn, but he’s a really good lad.

“He’s honest and hard-working and that gives him every chance.”