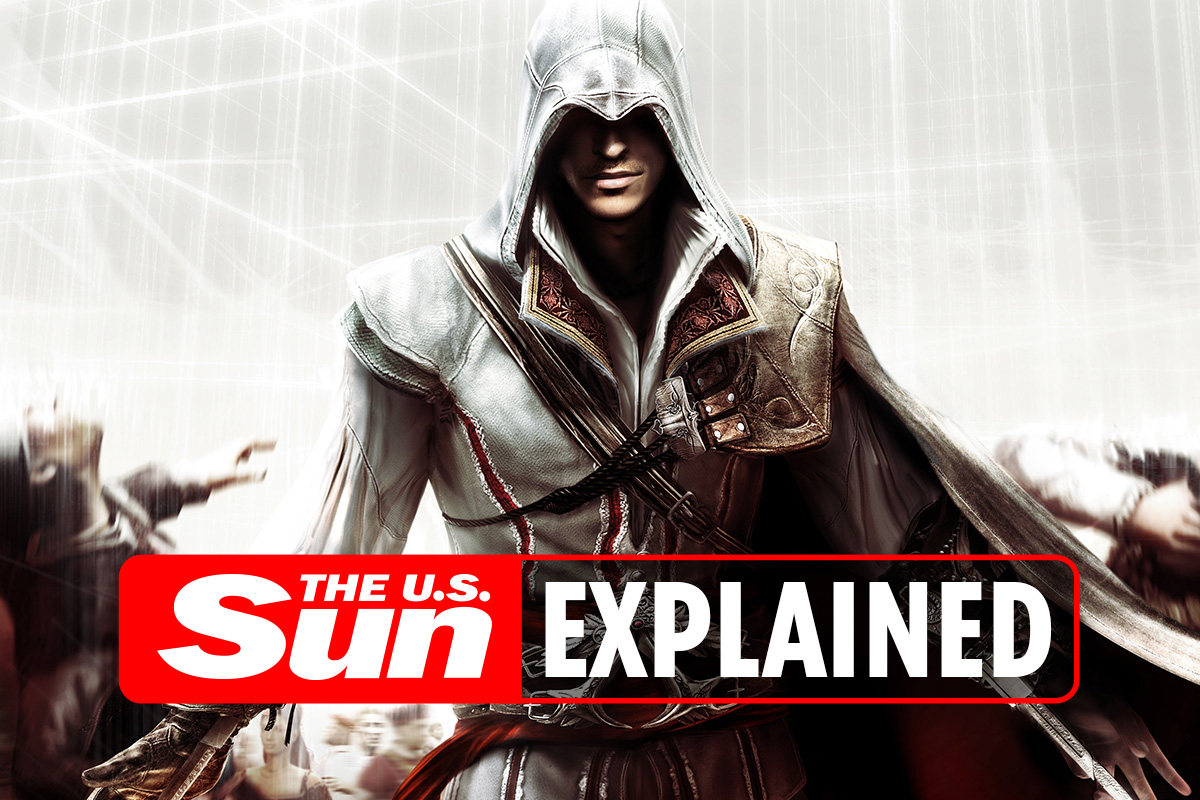 ASSASSIN’S Creed is one of the world’s best-known game franchises – with 12 core entries since 2007.

Timelines within the franchise date back from Ancient Greece through to the 21st century – depicting a fictional struggle between the Assassins and the Templars.

Any gamer looking to play through the entire collection has two ways to go about it.

They could play the games in order of their release, or for a truly immersive experience, by following the franchise in timeline order.

We’ve put together a guide to completing the series one way or the other below.

Here are the Assassin’s Creed games in release order, alongside their launch dates.

To make things concise, we’ve not included the mobile games or any cross-platform spin off titles.

The first game in the series, Assassin’s Creed was set during the Third Crusade in the Holy Land in 1191.

Brotherhood was part of the Ezio trilogy, landing as a sequel to AC2.

Revelations was the third and final part of the Ezio trilogy.

Black Flag transported players to the West Indies, during the Golden Age of Piracy in the early 18th century.

For Assassin’s Creed Rogue, players were dropped into the French and Indian War in the mid-18th century.

Syndicate marked the main Assassin’s Creed franchise’s visit to London – specifically, during in 1868 during the Second Industrial Revolution.

Origins took players back to ancient times, during the Ptolemaic period in Egypt between 49 BC and 43 BC.

Odyssey is set during the Peloponnesian War between Sparta and Athens between 431 BC and 422 BC.

Valhalla is currently the latest entry to the main Assassin’s Creed series. Set in England between 872 and 878, it follows a fictional story of Viking invasions and expansions across the British Isles.

You can also play the games in order of when they were set.

A lot of the games jump around across time, so we’ve taken the earliest date that the campaign takes place in.

What is Assassin’s Creed Infinity?

Called Assassin’s Creed Infinity, their new title is expected to feature multiple settings that evolve over time, much like the sprawling maps of multiplayer games like Fortnite.

Infinity, on the other hand, “will contain multiple settings with room to expand to others in the months and years following its debut,” Bloomberg said, citing anonymous sources.

“Individual games on the platform might look and feel different, but they will all be connected.”

The game’s release date is unclear, but Bloomberg cautioned that the ambitious title was “years away”.

A spokesperson for Ubisoft declined to discuss the game in detail but confirmed its existence.