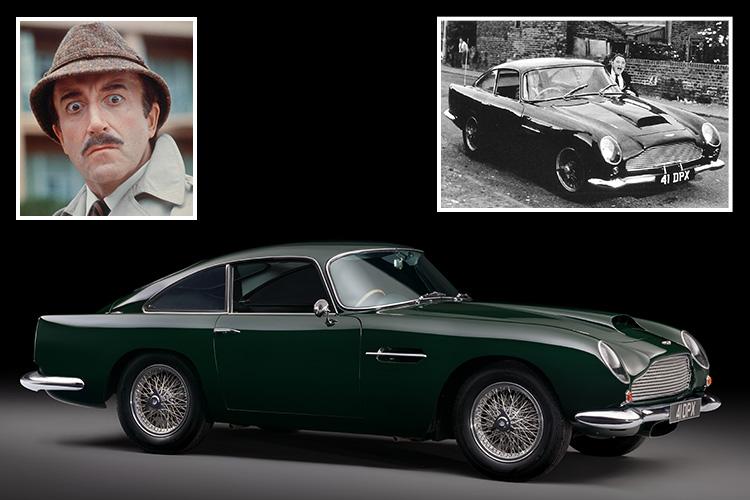 A RARE 1961 Aston Martin once owned by Peter Sellers is due to go under the hammer – and could fetch more than £3million.

The DB4 GT first appeared alongside the actor in the 1963 British comedy film The Wrong Arm of the Law before being purchased by Sellers.

Having changed hands a number of times since, it will now go up for auction at RM Sotheby’s London sale later this year, still boasting the same “41 DPX” registration seen in the film.

While the car is yet to receive an official estimate, a representative from the auction house told UK Times Online it could fetch “in excess of £3million”.

The green coupe underwent a full restoration in 1999, worth a total £126,000 – but it’s the motor’s touch with fame that really adds to its value.

According to the Aston Martin DB4GT book, Sellers enjoyed driving this particular DB4 so much during filming that he purchased it in 1963.

But the Pink Panther star only owned the motor for a brief period before selling it on.

The four-litre classic featured in the November 2003 issue of Octane Magazine, before being purchased by the current owner a year later.

Felix Archer, Car Specialist with RM Sotheby’s, said: “This is an historic car that simply can’t be missed.

“Not only is a DB4 GT one of the most desirable grand touring cars of the 1960s, but it’s fitting that this particular Aston Martin, with its close ties to British cinema, should become one of our headline lots at this year’s London sale.

“Peter Sellers’ love of cars was undeniable—he’d owned 83 by the age of 39—and he’s been long linked with the Aston Martin brand. In addition to its on-screen past, the car is offered in stunning condition, and is a product of a glorious age of iconic British car manufacturing.”

The predecessor to the DB5, made famous by the James Bond franchise, the DB4 GT was revived by the British marquee earlier this year.

In January, Aston Martin announced the launch of a new 25-car line of the classic racers, which would follow the same design as the originals.

The “continuation” models would feature an uprated 340bhp engine, as well as better brakes and safety systems.