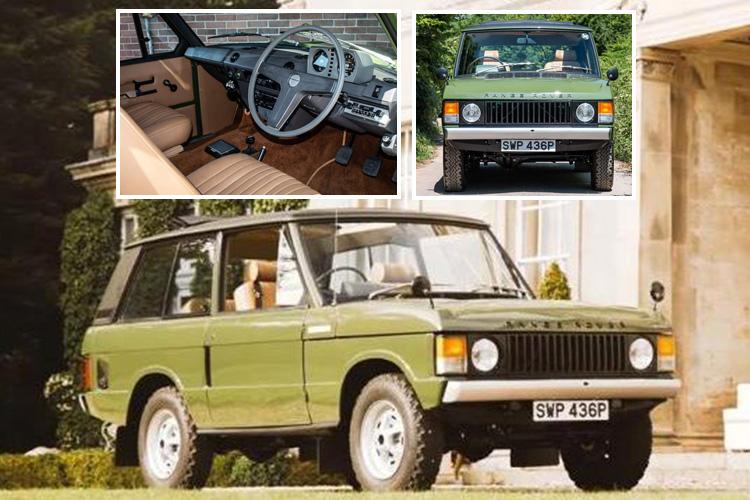 A CLASSIC Range Rover which used to belong to the Royal Family has emerged for sale with an estimated £80,000 value.

The Lincoln Green Suffix D model entered the Royal household from new in 1975 and remained in the monarchy for several years before changing hands and being locked away in a barn.

The Windsors are known to be huge fans of the luxury off-roaders, with the Queen spotted driving them numerous times.

This particular vintage 4×4 was even factory fitted with special order full-length folding “websasto” sunroof, making it a real favourite of the Royals.

Having passed through a number of owners since its Royal days, the Range Rover was discovered by the current owner in a sorry state, hidden in a barn at a farm in Worcester in 2013.

After its famous past was confirmed by the British Heritage Museum, the new owner paid for an extensive refurbishment to bring it back to its best.