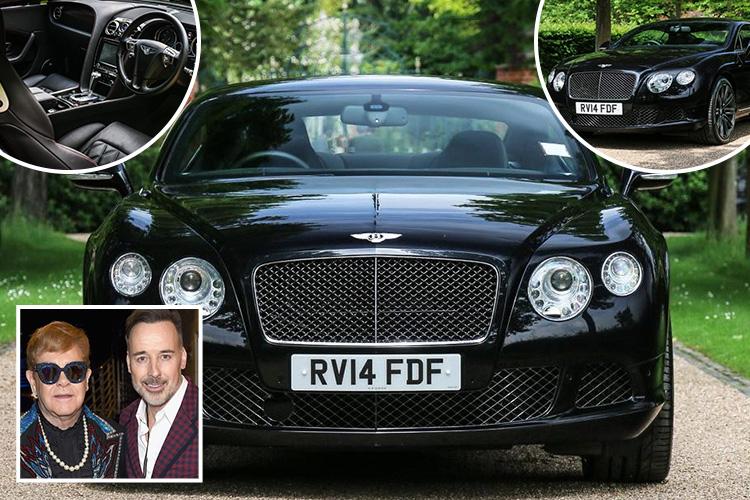 A LUXURY motor straight from the private collection of Sir Elton John has emerged for sale for just £80,000.

The 2014 Bentley Continental GT Speed was bought from new by the musician, before being handed over to his partner in 2015.

The car has been in David Furnish’s name since April 2015, and has remained in the couple’s private collection for the last four years.

The GT Speed is the most impressive of the Continental series.

It boasts a 6.0-litre W12 engine, capable of producing 626bhp – slightly more than a McLaren F1 when it was first launched.

And the brilliant coupe can accelerate from 0-60mph in 3.9 seconds, with a top speed of 205mph.

Finished in Onyx Black and sitting on 21-inch alloy wheels, the car also comes with a number of Sir Elton’s personally selected options – creating a list so long it stretches across three A4 pages.

And the Bentley has covered under 22,000 miles in the hands of its two well-known owners.

The car is due to go up for sale with Silverstone Auctions at their Classic sale on July 21-22.

It has been estimated at £70,000-£80,000, which is surprisingly low considering its connection with one of British music’s most iconic names.

Similar GT Speed models are listed online with the same valuation – and convertible models are even priced as much as £10,000 higher.

Harry Whale, classic car specialist at Silverstone Auctions, said: “It’s a privilege to be able to offer this car at our headline sale of the year at the Silverstone Classic.

“We feel incredibly honoured for Sir Elton to have entrusted his Continental GT Speed with us, and we’re delighted to offer this very special luxury car to our customers at auction.

“This very special car comes from a highly exclusive private collection and presents an exciting opportunity to own not only one of Bentley’s most prestigious models but one that will be completely unique when compared with similar cars in the future.”