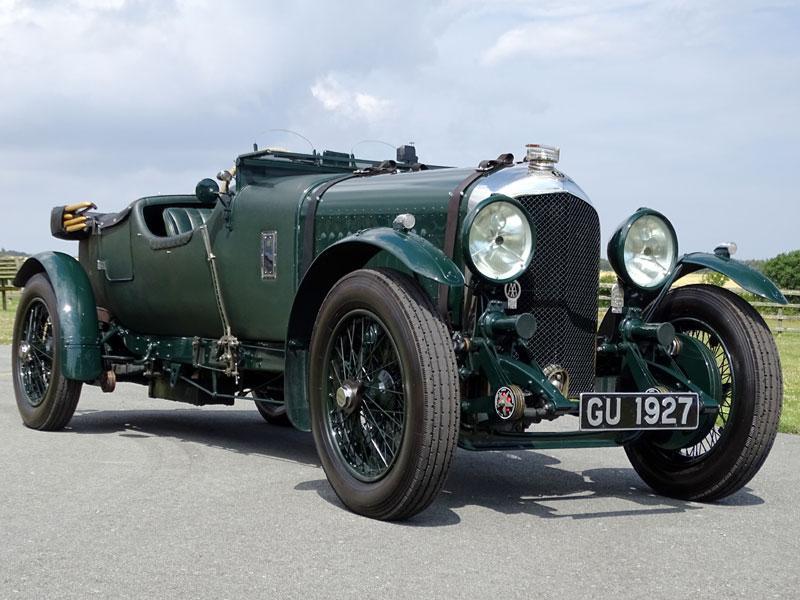 IF YOU ever fancied getting behind the wheel of the ultimate gentleman’s racer, now could be your chance.

The car, a Bentley 4 1/2 litre, was the second of two that the “greatest Bentley boy” owned, following a victory at Le Mans in 1928 in the first.

The most recent work included engine refurbishment and the fitment of that ‘Le Mans’ body by H&H Coachworks of Henley, Oxfordshire.

Barnato was instrumental in gaining Bentley the reputation it has today, with W.O. himself regarding him as “the best driver we ever had.”

Bentley said: “He was a formidable man, behind a glass of whisky, behind a driving wheel, and behind a boardroom table.”

Barnato bankrolled much of Bentley’s motor racing efforts back in the day and took Le Mans by storm behind the wheel.

He was nicknamed “Mr 100%” by the organisers of the famous race for his then-unmatched start-to-win ratio.

He was also a proficient playboy, hosting “legendary parties” at his Grosvenor Square and Ardenrun Hall homes.

Bentley celebrates its 100th anniversary next year, so it’s a good time to sell a car from the marque’s golden era, owned by the race ace that saved it both financially and on-track.

“This is one of those cars that it is almost impossible to put a value on given its history” said Damian Jones, Head of Sales for H&H Classics.

“And then there is the glamour of the gilded Barnato name. This is a must-buy for anyone who has a passion for Bentley.”