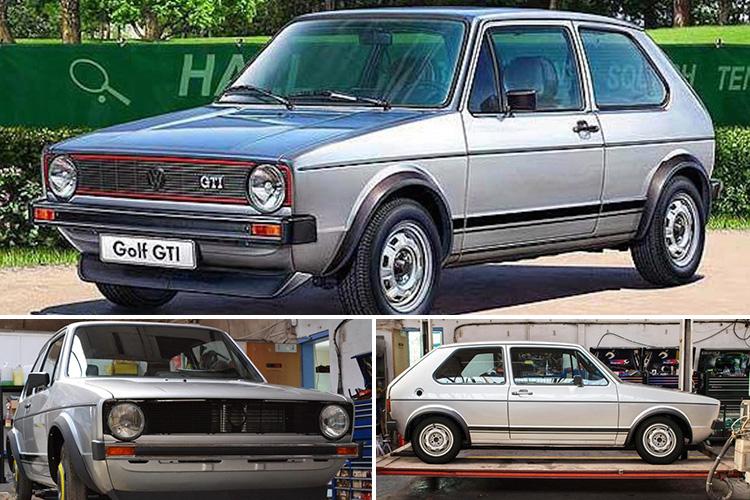 The silver hatchback was one of 22 special order cars brought to the UK by VW in 1978 to promote the model launch the following year.

The left-hand drive cars were snapped up at the time but this one, which is still in original condition, is the last known remaining model.

The GTI went on to become one of the most popular, best selling cars of all time thanks to its rare combination of speed and practicality.

Volkswagen initially built the GTI only for its home market of West Germany but launched it onto the British market in 1978 as special order only in left-hand drive.

The standard Golf had been on sale in Britain in right-hand drive since late 1974.

This particular car has a silver body with black wheels and a stripped-out sporty interior.

It’s powered by a four-cylinder, 110bhp engine with a four-speed manual gearbox.

Roger Nowell of H&H Classics, said: “This is a beautifully presented version of the Golf GTI and part of automotive history.

“It represented fun and performance at an affordable price. It goes to show what happens to investment value when a car is much loved and breaks new ground.

“This is special in several ways. It is one of just 22 left-hand drive pilot cars and is a very rare beast of significance to Volkswagen history.”

Being sold alongside the car is a Volkswagen Museum Certificate confirming the factory build date, chassis and engine numbers etc.

The classic VW will go under the hammer with H&H Classics of Warrington, Cheshire, who are expecting offers between £28,000 and £32,000.

It will feature at their Woodcote Park sale on June 5.