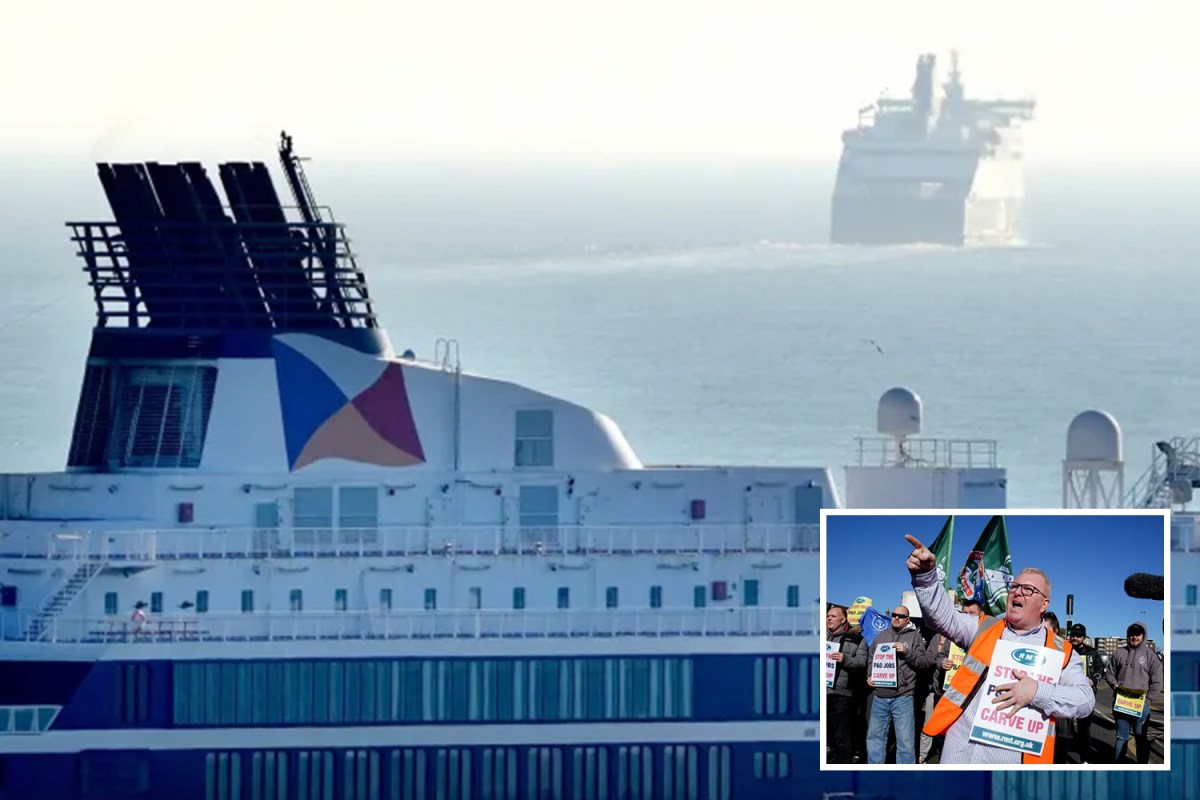 BRIT holidaymakers are vowing to “NEVER step foot on a P&O ferry again” after the company’s “vicious” sacking of 800 crew members.

In a virtual speech a company chief yesterday told workers their contracts were terminated immediately following losses of more than £100 million.

The 800 workers were sacked immediately, with no notice, so they can be replaced by cheaper labour.

Security guards boarded ships with handcuffs to remove fired crew, it was alleged.

On its website it boasts carrying £10 million passengers every year as well as 1.6 million cars, and 2.2 million freight units.

But now passengers are cancelling trips, and are calling for a boycott of the ferry provider in solidarity with the booted workers.

One angry customer wrote on Twitter: “What an ugly disgusting thing you have done!

“100million loss a year? You’re going to lose more than that now.

“I use P&O regularly as a truck driver. I will never step foot on a PO ferry again.”

A second person added: “I’ve just canceled my trip in August and I’ll never use them again.

“Seeing how they have treated their staff and the inexperienced replacements, I won’t touch them with a barge pole. It’s not just us, there’s others too!”

A third said: “Every person booked on a P&O ferry cruise should cancel that cruise and book with someone else.

“I know it probably isn’t feasible but it would be good for them to have a taste of their own medicine.”

The Rail, Maritime and Transport union (RMT) is seeking legal advice to challenge the sackings.

The union called for mass trade union and wider public support for demonstrations in Dover, Liverpool and Hull on today.

In a message to RMT members, general secretary Mick Lynch said: “It was with deep shock that I learned the news of the wholesale job cuts taking place at P&O Ferries, but I am sure that my shock was nothing as compared to the devastation this news brought to you and your colleagues.

“P&O’s decision to lay off 800 workers is a kick in the teeth to the hard-working members of staff who have kept the business running through the global health crisis.

“The RMT has received reports that security guards at Dover have boarded ships with handcuffs to remove crew so they can be replaced with cheaper labour. This union is horrified that P&O Ferries can treat their loyal workforce in such a despicable manner.

“P&O Ferries claimed almost £15 million in Government grants in 2020, which included furlough payments for its employees. P&O is owned by DP World, the multi-national ports and logistics company based in Dubai. It paid a £270 million dividend to shareholders in 2020.

“This appalling situation has arisen as a result of DP World wishing to maximise their profits and the failure of the Government to intervene and protect the jobs of you and your colleagues.

“Your union is seeking advice on what legal action can be taken.”

“If they do not reverse immediately and reinstate the employees and follow proper process, it’s hard to see a way back for them commercially,” he said.

“The parent DP World needs to understand that the British public will not do business with companies who treat their employees with such contempt.”

Shadow transport secretary Louise Haigh said: “This is not a corporate restructure. It’s not the way we go about business in this country.

“It is beneath contempt; the action of thugs.”

P&O Ferries said in a statement: “We have made a £100 million loss year-on-year, which has been covered by our parent, DP World. This is not sustainable.

“Our survival is dependent on making swift and significant changes now. Without these changes there is no future for P&O Ferries.”

Sailings were halted on Thursday morning and will remain suspended “for the next few days”, P&O Ferries told passengers.