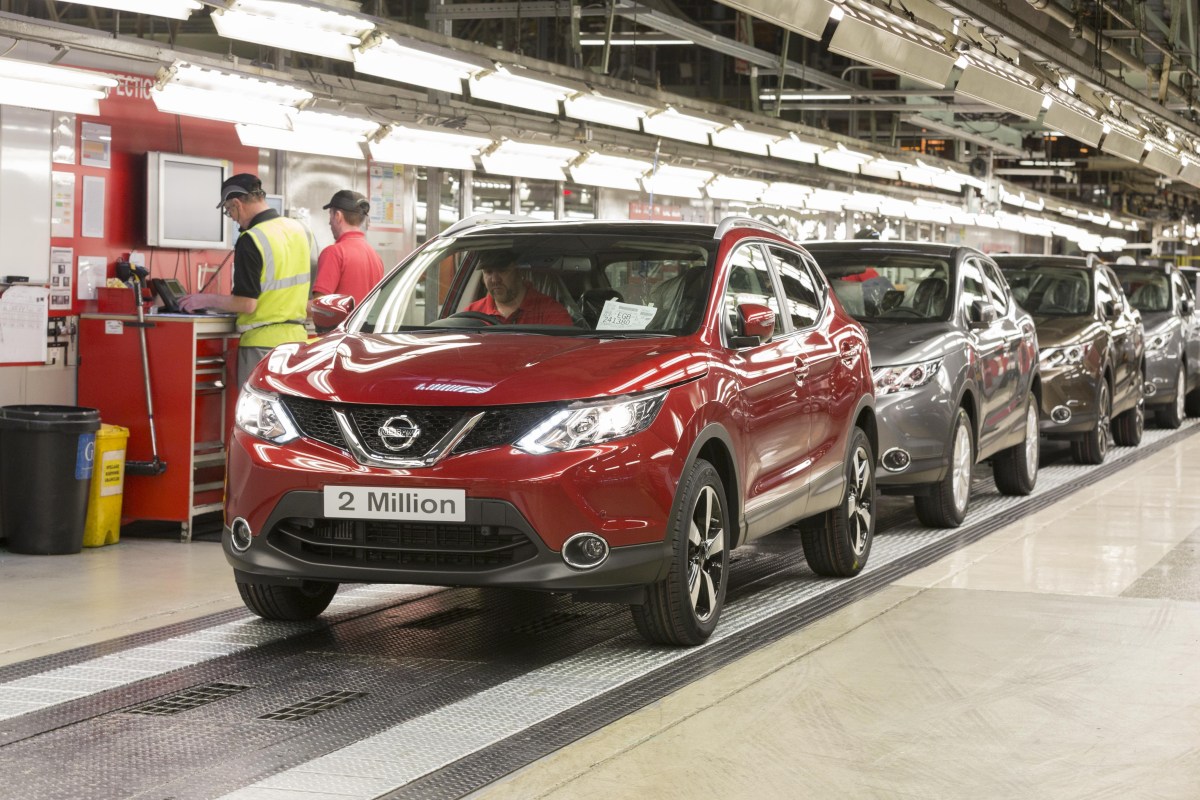 A NEW car could cost Brits an extra £1,500 if we leave the EU single market after Brexit, the motoring industry has warned.

Gareth Jones, President of the Society of Motor Manufactures and Traders’ said last night that tariffs on UK exports into Europe would set manufacturers and motorists back £4.5 billion a year.

Research from the trade body said £2.7 billion could be added to imports, and £1.8 billion to exports if the other countries.

The predictions were were based on a standard 10% tariff that is slapped onto goods exported to and from the EU at the moment.

This would have a knock-on effect on the price of new cars if retailers did not absorb the extra costs – and this would be on top of the price differences after the drop in the value of the pound.

Mr Jones last night gave a grave warning to ministers about remaining in the trading block.

“The UK is recognised the world over for its automotive strength. Don’t screw it up,” he said.

“Our industry is currently enjoying tremendous success, but do not take this success for granted.”

Speaking at the Society’s annual dinner last night, Mr Jones said he would continue to make the case to the government.

He said the industry wanted “membership of the single market, consistency in regulations, access to global talent and global markets and the ability to trade abroad free from barriers and red tape.”

And he warned that although Brexit could provide some opportunities for the industry, it could not be at the expense of jobs or growth.

“We want a strong UK economy and we want to see the UK’s influence in the world enhanced. But this cannot be at the expense of jobs, growth or being an open, welcoming trading nation.”

Japanese car maker Nissan said last month it had been given “support and assurances” over Brexit when it decided to commit to building two new models in the UK.

The future of the UK’s biggest car plant, in Sunderland, was in doubt following the result of the referendum.

The Government said it would seek tariff-free access to EU markets for the car industry, but insisted there was no “chequebook” involved in the assurances given to the company.

A document held by an aide outside Downing Street earlier this week said that the UK would be unlikely to stay in the single market.

It told how Britain is seeking a “Canada-plus” deal and that the tactic to be used by the UK is to “have cake and eat it”.

But the Government tried to distance itself from the memo, and said it was not part of its plans for Brexit.