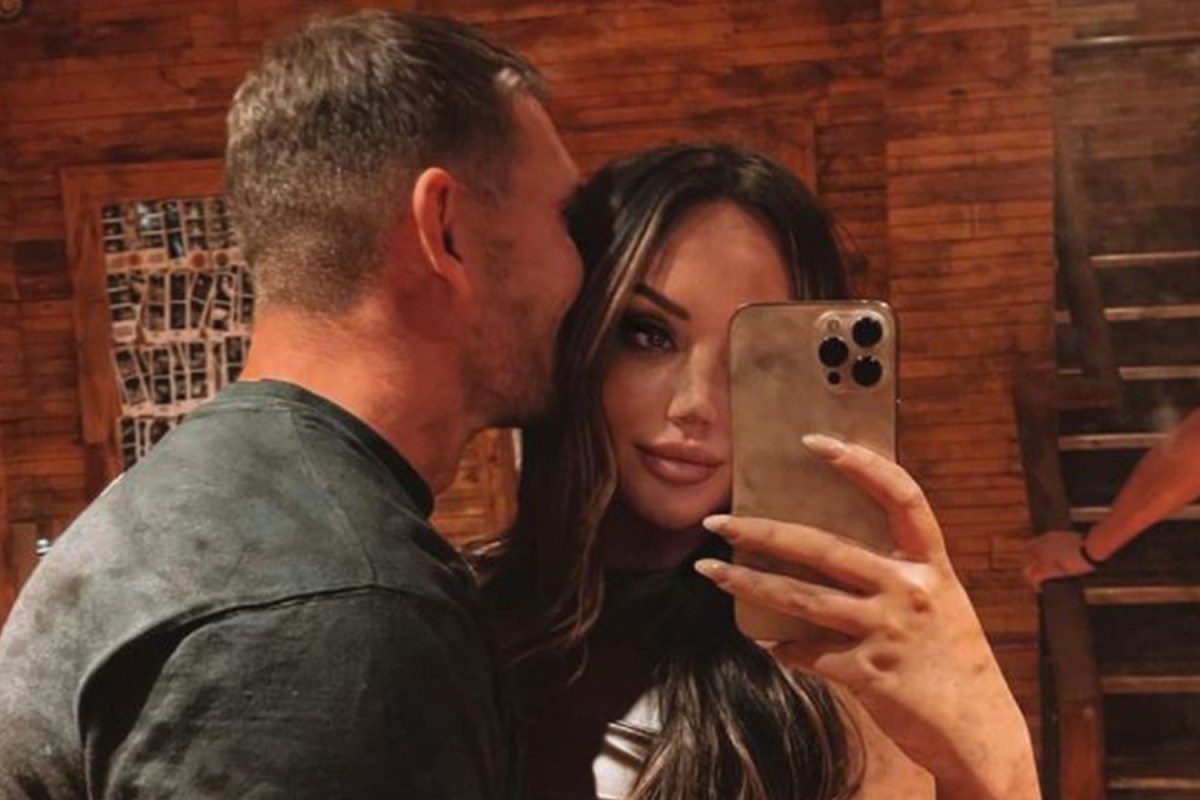 Reality TV star Charlotte Crosby looked absolutely sizzling on a recent night out, so it’s no wonder boyfriend Jake Ankers went in for a smooch.

Geordie Shore’s Charlotte Crosby swung by Instagram today with a treat for her whopping 7.6 million followers, sharing a series of sexy snaps from a recent night out with her lad.

In the first pic, the 31-year-old could be seen in a swanky restaurant, accessorising a gorgeous brown leather dress with a gold bracelet and… a sports watch.

In the second photo, she posed up a storm with that famous pout as a mixture of dark and golden curls tumbled past her shoulders.

And in the third (perhaps saving the best for last?), the reality telly star grabbed a cheeky mirror selfie as her handsome man planted a kiss on her cheek.

Jake opted for date-night casual, sporting a dark tee and allowing all the focus to remain firmly on his sweetheart.

Captioning the post, alongside love and cheers emojis, Charlotte wrote a short and sweet message to Jake: “Date nights with you”.

It wasn’t long before friends and fans swooped into the comments to lavish the Geordie babe and her hunky beau with praise.

One penned: “Beautiful, it’s so lovely to see you so happy you deserve it so much”.

A second came along with a compliment and a request: “Look very beautiful Charlotte. Any chance of a full length picture gorgeous?”

A third exclaimed: “It’s great to see u happy. U deserve the world and more”.

While a fourth turned up with an offer Charlotte may or may not be able to refuse: “Lemme cook for you”.

Charlotte rose to fame back in 2011 as one of the original cast members of MTV’s long-running reality series, which followed the daily lives of eight housemates thrown together for six weeks.

Following her stint on the show, she appeared on Celebrity Big Brother, Celebrity Coach Trip, Celebs Go Dating, Celebrity Storage Hunters, and the Aussie edition of I’m a celeb.