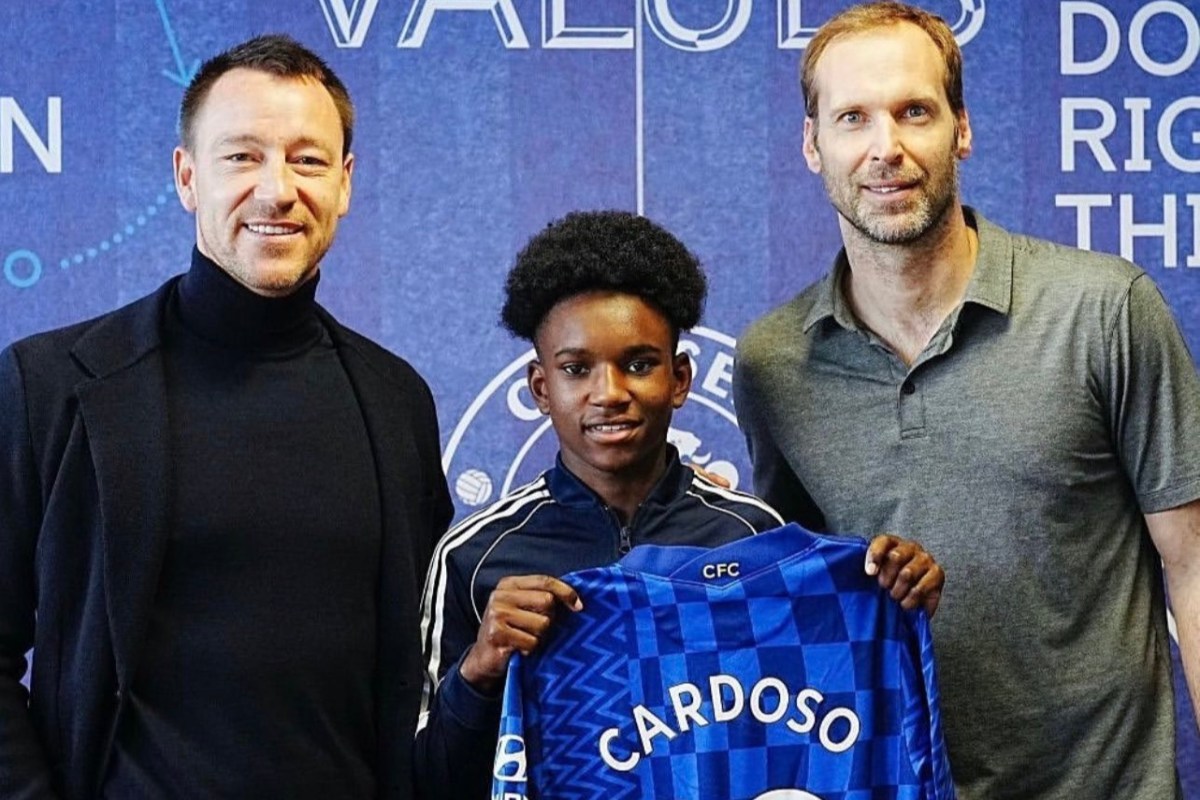 The 15-year-old has been pictured at Cobham with his new Blues shirt.

Cardoso beams in the picture as he is flanked by club legends John Terry and Petr Cech.

He can be seen clutching his new shirt, with the No10 on the back.

The winger is yet to make his senior professional debut, but has played for both Portugal and England at youth level.

According to Italian reporter Fabrizio Romano, Cardoso attracted plenty of interest from clubs looking to bolster their academies.

But Chelsea have won the race.

Cardoso will join their academy ranks, hoping to one day break into the first team.

He isn’t the first teenager that the Blues have added this term.

Thomas Tuchel’s side recruited 18-year-old Dylan Williams from Derby County back in January.

Left-back Williams had featured eight times for the Rams first-team before being poached by the Blues.

He has since played for Chelsea development sides in the PL2 and FA Youth Cup.

And last night he was given his first taste of life with the first-team, being named as a substitute for his new team’s 3-2 victory over Luton at Kenilworth Road.