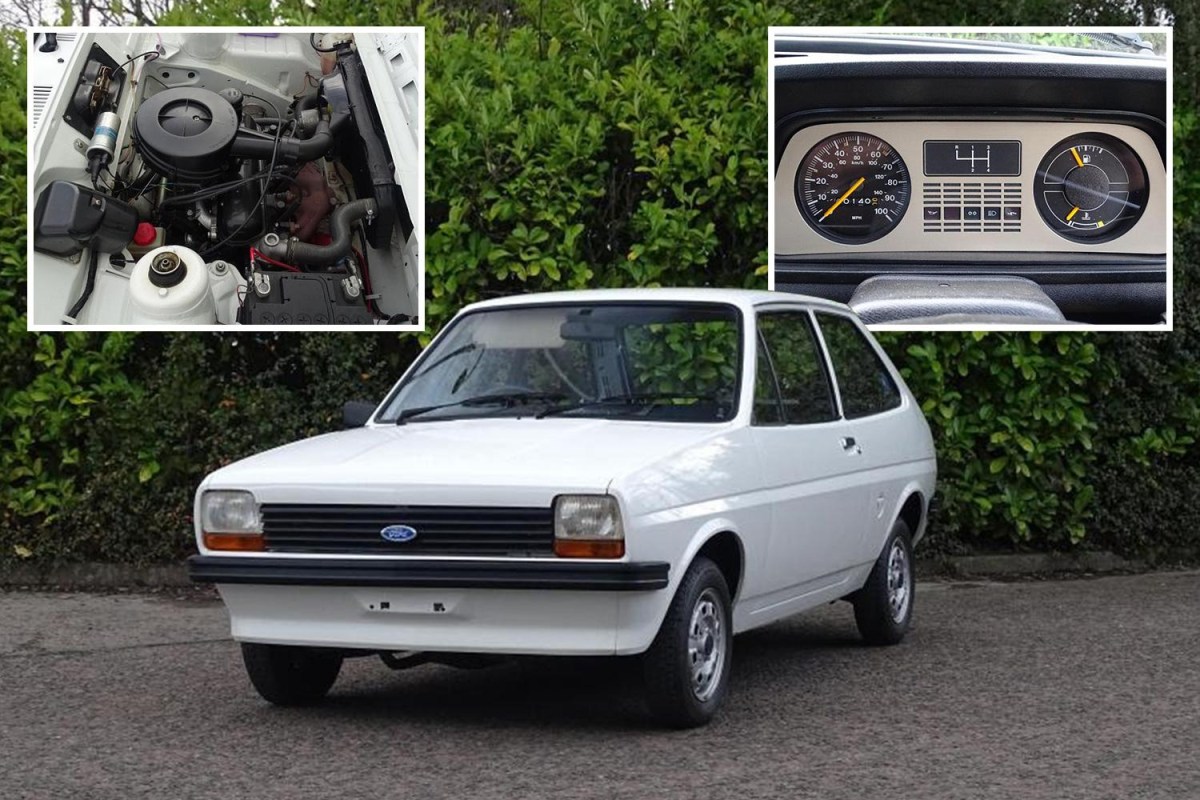 A CLASSIC 1978 Ford Fiesta that has never been driven on the road is being sold at auction.

The little Mkl Fiesta 950 sat in the Science Museum in London from 1980 to 2017, meaning its wheels never touched concrete.

And the piece of motoring history could be yours for  £8,500 when it goes under the hammer at the H&H Classics’ online auction on February 2.

The Fiesta has a hell of a pedigree – being the nation’s best-selling car every year for the last decade.

With a clock just about to tick up to 141, it’s believed to be the lowest-mileage and best preserved MkI Fiesta in existence.

On average, the car has travelled just 3 and a half miles per year.

According to thisismoney.co.nz, Chassis BAFBUM58259 was manufactured in July 1978 and supplied new to a West London dealer that year.

Having never been registered, it was then passed to the Science Museum to be displayed as part of a ‘Glimpses of Medical History’ gallery.

It was displayed in a diorama showing tech for helping elderly people in and out of cars.

The car was nearly cut to pieces to remove it during a revamp of the museum in 2015.

Thankfully, a special jig was built which allowed it to be rotated through ninety degrees and brought out in one piece.

The drivetrain and interior had to be removed to reduce its weight, and the Ford passed its first – and only – MOT test on 19th April last year.

And it’ll never need another one, thanks to new rules introduced last May by the Driver and Vehicle Standards Agency which mean cars more than 40 years old don’t need one.

MODEL MAYHEM Recognise these cars from the ‘80s? Test your knowledge of ‘classics’ from the decade that taste forgot

With the lower estimate for the car at auction being only £6500, the current owner could lose a few bob.

Paul Kingham, of the Ford GT Historic Register, said that was unlikely: “I can confirm that all key aspects of the vehicle are authentic and original including chassis, suspension, steering, transmission, matching original engine and even its paintwork.”

“This vehicle has never previously been UK registered due to it being displayed at the Museum since 1980 when they received delivery from the manufacturer’s showroom and is still in remarkably pristine “as new” condition with effectively just its original delivery mileage recorded.”

If the winning bidder wants to register it for the road they will have to pay the DVLA a fee of £55.

Being more than 40 years old, it will also be exempt from car tax.