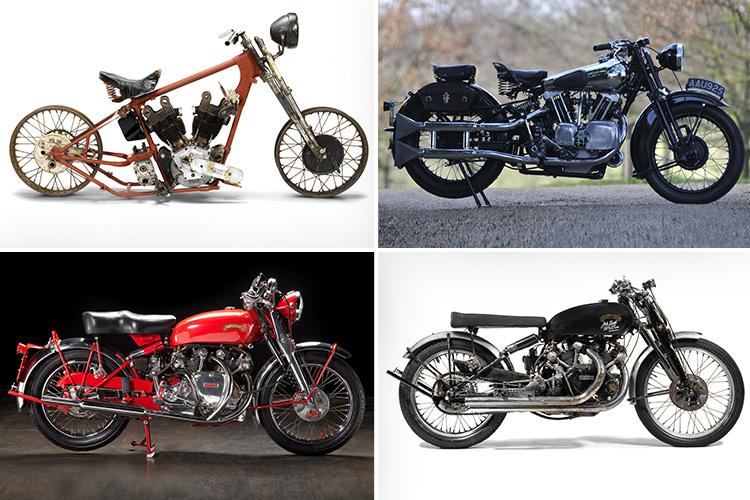 THE UK’s most valuable classic motorcycles have been revealed – and some are worth more than 1,000 times their original value.

Dating back over 90 years, the selection of bikes are proof that some things really do get better with age, with some of the motors selling in recent years for over 3,000 per cent of their initial retail price.

Compiled by GoCompare, along with experts from the Bonhams Auction House, the list features a host of rare bikes from almost 100 years of British motorcycle history – and some don’t even run anymore.

But anyone lucky enough to have one of these rare models sitting in their garage could discover it’s worth a small fortune thanks to their incredible rate of appreciation.

Read on to see 10 of the world’s most valuable classic motorbikes.

Ben Walker, international director for Bonhams collectors’ motorcycle department, said: “When choosing which motorcycles to feature we’ve tried to select machines from across the collecting spectrum – from the early Pioneer period with the 1908 Triumph 3½hp Combination through the post-classic 1990 Honda VFR750R Type RC30.

“These are machines that will appeal to all areas of enthusiasm – not just because of their value but also because of the nostalgia that they evoke.

“It’s fascinating to see how the values have increased since the machines were new.

“Knowing what we know now – the percentage increase in value and how difficult it is to acquire these machines – it would be great to step back in time and buy them when new.”