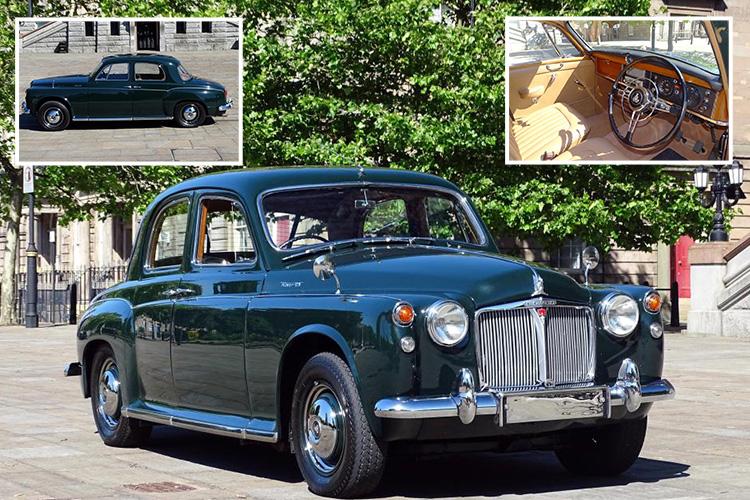 A CLASSIC Rover which underwent a whopping £120,000 restoration has been put up for sale.

The Rover 95 cost £1,373 when it was supplied new to insurance firm Griffiths & Armour of Liverpool, and was later bought by Brian Griffiths in 1986.

Mr Griffiths used the car for a number of years, before launching a “no expense spared” restoration in 2002.

He transformed the car – known as the “Auntie” Rover – into one of the finest existing models of its type.

Griffiths ended up spending a staggering £120,000 on his labour of love and kept the luxury British car until 2016.

As part of the restoration, £2,500 was spent on parts for the engine while the interior re-trim in tan leather cost £2,680.

Under the bonnet, the car is powered by a 2.6-litre engine which developed 102bhp when it left the factory in 1963, giving it a top speed of 93mph.

But unfortunately, the model doesn’t quite have the same value six-figure among classic car collectors.

The car’s current owner has put it up for sale with H&H Auctions, who have given it a guide price of just £9,000.

It will go under the hammer on July 19 at their Buxton sale.

Damian Jones of H&H Classics, said: “One can only surmise that he (Brian Griffiths) felt a great deal of sentimental attachment to the car and was in the fortunate position of being able to spend that sort of money on its refurbishment.

“If they did not I might well be out of a job. For some enthusiasts the value of their car is measured in things other than money.”