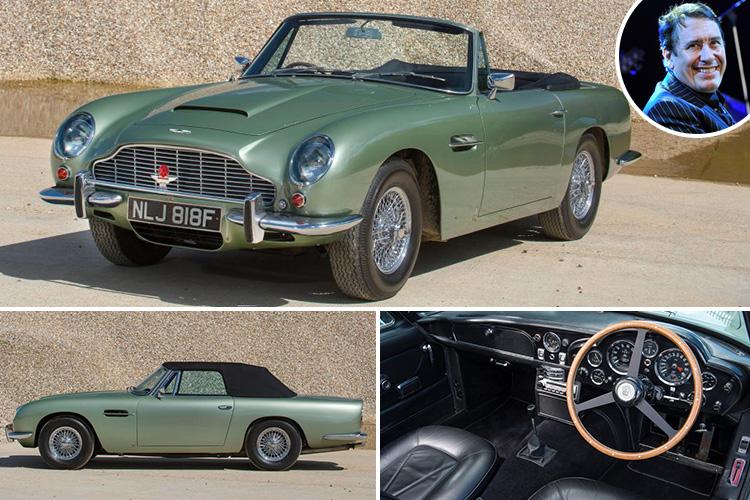 AN INCREDIBLY rare Aston Martin linked to musical legend Jools Holland has emerged for sale for a staggering £600,000.

The DB6 was one of Holland’s most prized possessions, as the former Squeeze keyboard player had dreamed of owning a Volante ever since he was a child.

While he owned the car, Holland also repainted it deep purple, but it has since been sprayed in a much more understated light green.

The musician also had the transmission changed from automatic to manual.

It has had just one owner since and is now being offered by Bonhams Auctions with the sale price expected between £500,000 and £600,000.

The DB6 is in pristine condition and was given an full restoration shortly after being bought by the current owner.

It has a spotless pale green body, chrome trim and a black folding roof with black leather interior inside.

Under the bonnet is a straight six, 282bhp engine, which gives the Aston a top speed of 143mph.

Speaking about the car in an interview, the Cool for Cats star said: “A few years ago I bought an Aston Martin convertible: a DB6 Volante.

“I remembered that when I was a boy, and we lived in a tiny house in Greenwich without a bathroom or any heating, my dad, who’s dead now, bought me a toy model of the same car.

“I realised that’s why I’d picked that car so I decided to drive my car back to my old neighbourhood.

“It was a dark, misty autumn evening and I parked outside my old house.

“There was no one around. I suddenly imagined my front door opening and my younger self coming down the path and me opening the car door and saying ‘Hey, it’s me! Jump in!'”

A Bonhams spokesman said: “Only 140 were made, and they rarely appear at public auction.

“The Volante was previously owned by musician and broadcaster, Jools Holland, from whom it was purchased by the current vendor in 2011.

“Jools told us that he had a lot of fun with the Aston and that he had it repainted in deep purple.

“It’s in very good condition and drives fantastically. As a result these are amongst the most desirable of the David Brown era Aston Martins and we’re hoping it does well when it goes to sale.”

The car will go under the hammer at Bonhams’ Englefield House sale on June 2.