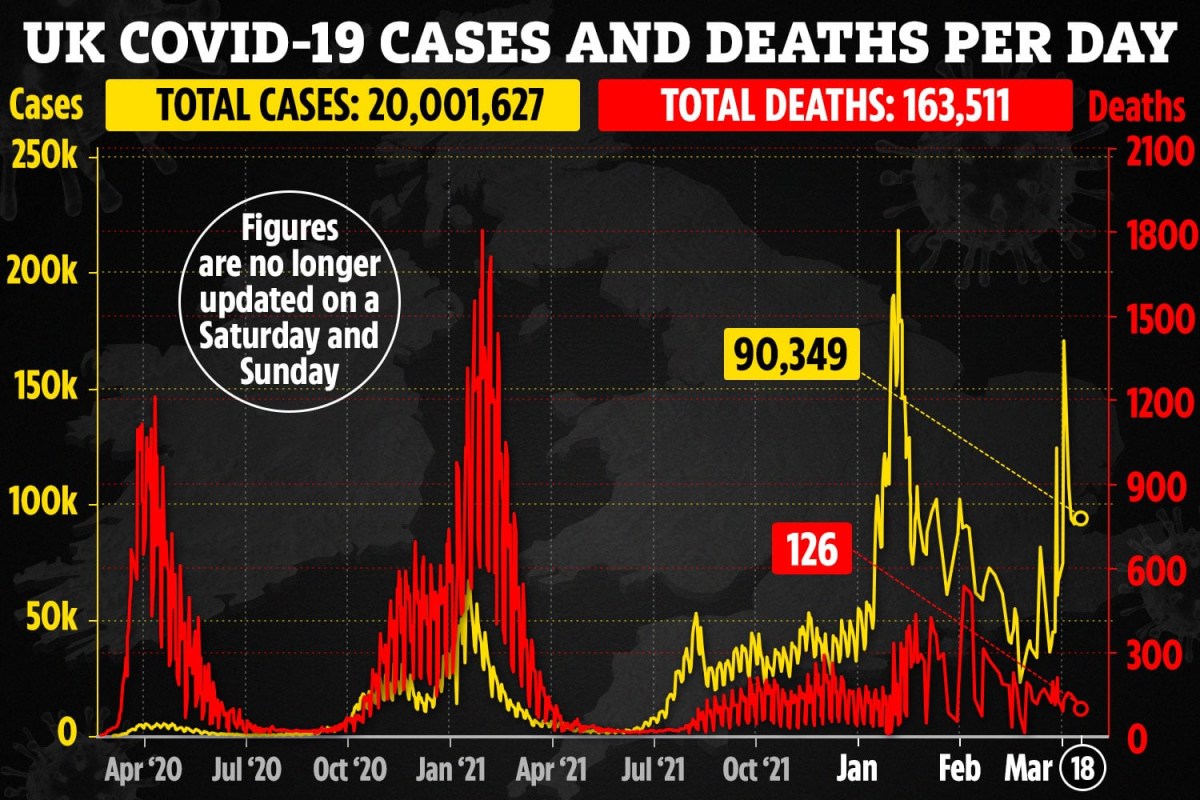 DAILY coronavirus infections in the UK have increased by 23 per cent in the last week, government data shows.

But experts say there is ‘no need to panic’ as Omicron is milder and deaths have remained low.

Dr Simon Clarke, of Reading University, said: “I don’t think we should be panicking because it’s not filling up intensive care wards, which are the NHS’s real bottleneck.

“It’s the sub-variant of Omicron, BA.2, which is causing a lot of the problem but it doesn’t appear to be killing a lot of people.

“Removing restrictions makes it easier for the virus to spread and you could argue the new variant is making it worse but I think it would have happened anyway. 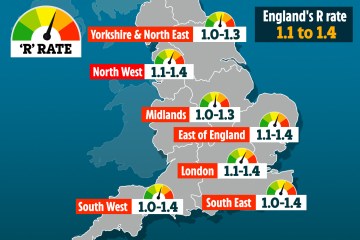 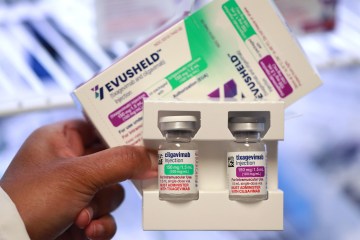 “We shouldn’t ignore the problems this can cause vulnerable people but you can’t expect people to change their lives radically without a real reason.

“People tend to pay most attention when it gets really bad.”

It comes as the over-75s are expected to be invited for their Spring booster jab as early as Monday.

Meanwhile, health secretary Sajid Javid hinted this week that all Brits could be offered their fourth or fifth jab this autumn.

He urged calm amid rising cases, saying the uptick in infections ‘aren’t a cause for concern’.

Javid said: “There’s no other variant of concern out there that is an issue at this point in time.

“We have seen some rises in infections over the last week but given the increase in social mixing this was to be expected.

“And whilst rates have gone up modestly in the last few days, that’s to be expected as we are now open as a country and there’s more social mixing. But there’s nothing in the data at this point in time that gives us any cause for concern.”

Sadly a further 126 people have lost their lives 28 days after a positive test result.

Deaths have remained at a similar rate over the last few months as vaccines continue to protect the most vulnerable in society.

Hospitalisations have increased slightly in the last week but the number of people needing to be on a ventilator has remained low.

There are currently 14,671 people being treated in hospital for Covid, with 292 on a ventilator.

Dr Clarke added: “The NHS has got the backlog to deal with and it’s constantly running at full pelt, so this will make life difficult for them because they’ve got to isolate patients.

“But these are problems for the NHS to deal with and other people might be sympathetic but they’ll just get on with their lives until it’s a situation where the NHS can’t cope.”

Data published today by the Office for National Statistics (ONS) shows one in 20 people in England are estimated to have had the bug in the last week.

It comes as the UK surpassed 20 million cases since the start of the pandemic, with a further 89,717 people testing positive for the virus yesterday.

But a study this week, published in The Lancet, added to the growing body of research that suggests the Omicron variant is less likely to cause hospitalisation or death, compared to Delta.

But with a milder strain to contend with, the UK today took the huge step of ditching time-consuming and costly travel rules.

As of 4am this morning, long-winded passenger locator forms have been scrapped, along with Covid tests for unvaccinated Brits.