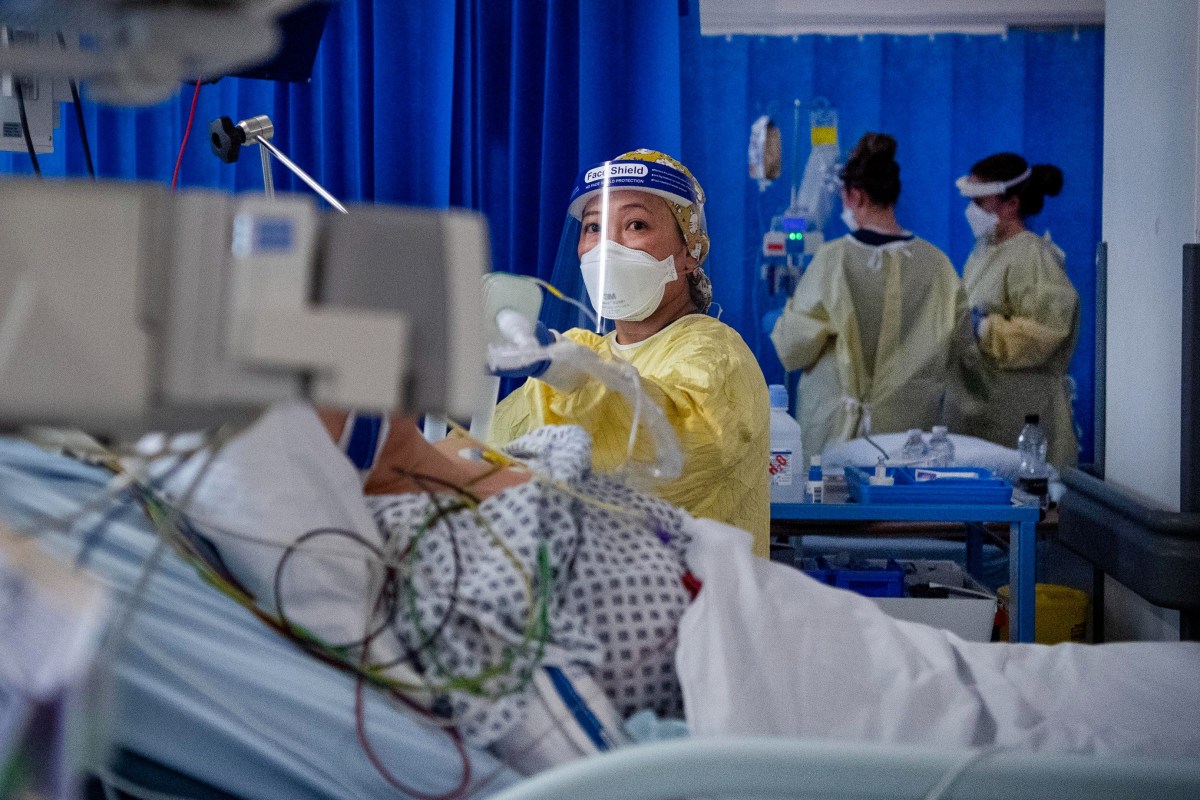 THE number of Covid patients in intensive care has plummeted to just 20 a day compared to 400 at the height of the second wave.

New figures show Omicron is failing to cause serious illness among most vaccinated Brits.

At the peak of the second wave in January last year, there were a staggering 400 people a day being admitted.

Professor David Harrison, the centre’s head statistician, said despite a lag in reporting, patients at the end of January will still only be in the region of 20 to 30.

In another glimmer of hope, 425 patients are on mechanically ventilated beds in England – the lowest level since July 11.

This is in stark comparison to January 23, last year when there were more than 3,700.

Professor Sir David Spiegelhalter, a leading statistician, said: “The Omicron wave saw a huge rise in cases, and a moderate rise in hospitalisations. And yet ICU admissions showed no rise whatsoever, and now are rapidly falling.

“Since more than half of ICU admissions have not been vaccinated, this suggests an intrinsically milder virus rather than just increased protection from vaccination.”

Omicron is currently the dominant strain in the UK but most people who catch the bug present with cold-like symptoms.

🔵 Follow our Covid live blog for all the latest updates

A string of hugely positive studies show Omicron IS milder than other strains, with the first official UK report revealing the risk of hospitalisation is 50 to 70 per cent lower than with Delta.

Covid booster jabs protect against Omicron and offer the best chance to get through the pandemic, health officials have repeatedly said.

UK Times’s Jabs Army campaign is helping get the vital extra vaccines in Brits’ arms to ward off the need for any new restrictions.

The report also shows the median age for Omicron patients in ICU is 63 – five years higher than those with Delta.

Figures also reveal unvaccinated over-70s are 58 times more likely to be admitted to intensive care than those with three jabs.