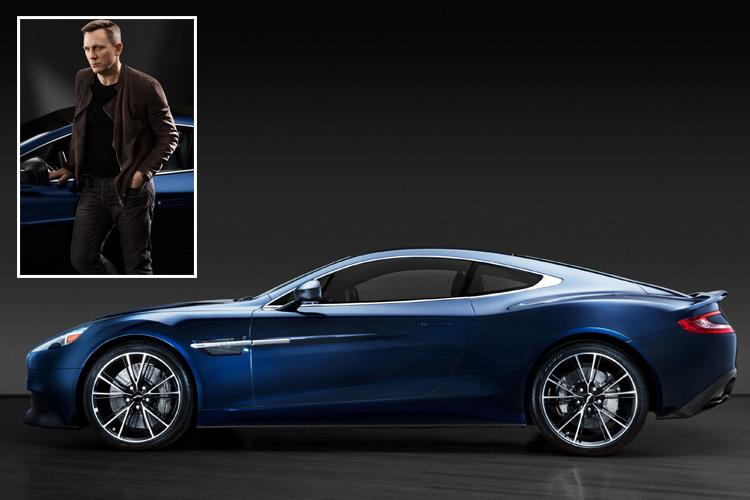 JAMES BOND’S very own limited-edition Aston Martin has sold for £334,000.

Daniel Craig auctioned off his personal and customised Vanquish to raise cash for his youth project.

The left-hand drive car has a lightweight bonded aluminium structure combined with a motorsport-inspired carbon fibre exterior in midnight blue.

Inside it’s got deep blue, hand-stitched, leather seating based on Craig’s personal preference of denim and dark colours.

The 007 motor went under the hammer on April 20 in Christie’s The Exceptional Sale, an annual offering of masterpieces of decorative arts and landmark works of popular culture.

With one fan snapping it up for £344,000, all proceeds will go to The Opportunity Network, a non-profit organisation which aims to help young people into higher education and support career development, supported by the James Bond actor.

Craig said: “This Aston Martin Vanquish is a tour de force of automobile engineering and a distinct pleasure to drive. While I will miss it, I am keen to further the very important work of The Opportunity Network with its sale.”

As well as owning the car, the winning bidder gets the chance to visit the Aston Martin headquarters in Gaydon, Warwickshire, for a behind-the-scenes tour.

Becky MacGuire, director of The Exceptional Sale, said: “We are thrilled at the chance to support Daniel Craig’s generosity to The Opportunity Network with the offer of this unique and gorgeous sports car.

“It’s like a 21st century sculpture that comes equipped with an incredibly fine engine.”

Aston Martin is synonymous with James Bond, having appeared in a number of the films since the 1960s.

It recently revived the DB4 GT that inspired Bond’s first ever Aston with a new run of £3million motors.