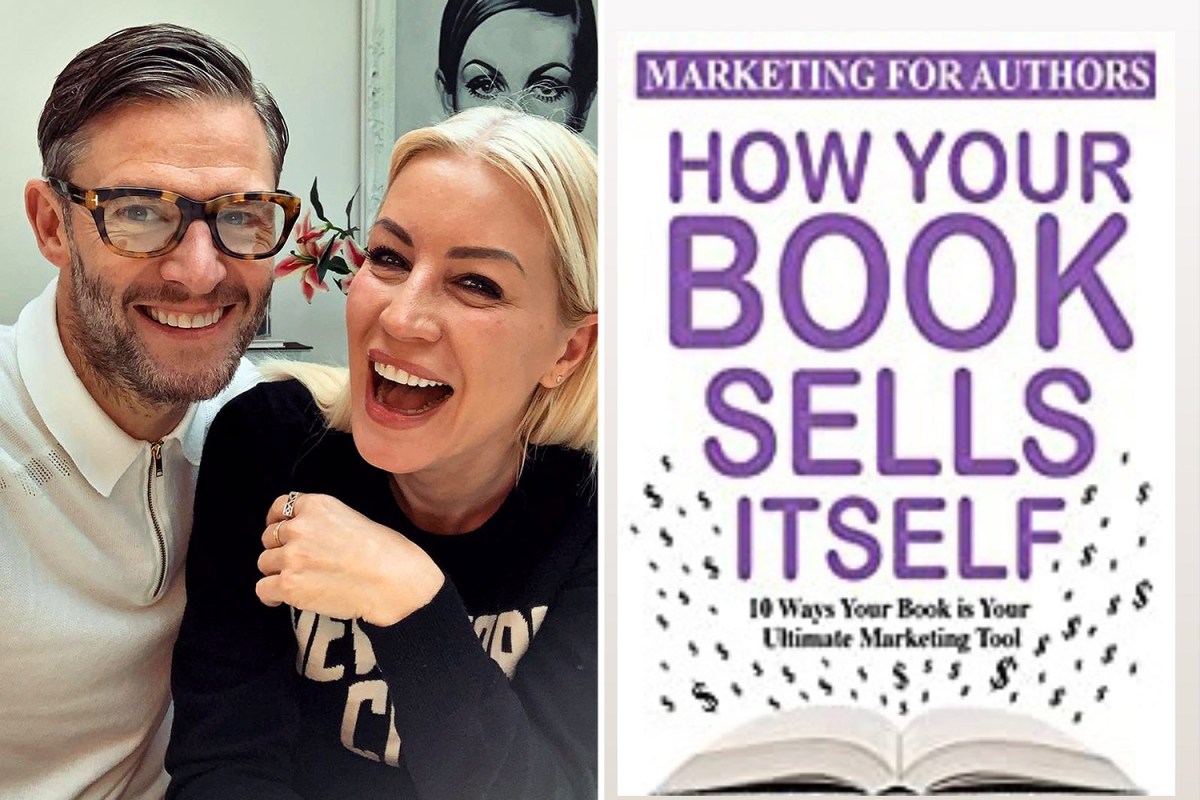 DENISE Van Outen’s ex Eddie Boxshall has thrown yet another vicious dig at her – but this time took aim at her autobiography.

The 46-year-old sarcastically offers “tips” on how to sell it amid her publicity tour.

Sharing a screenshot of a book front cover that read: “How your book sells itself… 10 ways your book is your ultimate marketing tool.”

He wrote: “First way of 10: By being really interesting read and not needing any PR!!”

Denise has been doing a run of interviews to promote her new book, A Bit of Me.

The actress, 47, finished her seven-year relationship with Eddie in January after discovering he had been sending X-rated messages to other women

Speaking of the pictures and Instagram messages she found, Denise said in her book: “Among photos was a screenshot…of a woman’s breasts – and they definitely weren’t mine!”

She added: “Also, there was a flirty text exchange between Eddie and this woman, which, of course, set off alarm bells.”

Last night on The One Show, Denise told how she was forced to scrap the heartfelt ending of her autobiography after discovering her fiance Eddie’s alleged infidelity.

The 47-year-old wrote A Bit Of Me during lockdown while living with her other half.

But at the eleventh hour of the book being published, Denise had to re-write the last chapters when her relationship broke down.

Appearing on The One Show tonight, Denise admitted: “That was the toughest thing for me. The book is very upbeat because I’ve had some incredible work experiences.

“But it was supposed to come out last November and that’s when I found out everything that had been going on.

“I had to make a decision and we had to pull the book. It’s unheard of.

“We had to get rid of all the books I’d written and I had to sit and do a rewrite.

“At that particular time can you imagine how raw everything was?

The actress added: “You have to accept the good with the bad. But I felt like I couldn’t write an autobiography without being really truthful and honest about my feelings.

“Also, the fact we had shared the sofa together and people had got to know as a couple, it felt only fitting that I explained a few things.

“It’s been hard but I’m in a really good place. I’ve done a lot of crying at home and I’ve got through that part of it. In the book I’ve only put in all the facts about everything that happened, which led to the breakdown of the relationship.

“But things are good, I’ve got great things going on this year and have been able to spend time with amazing friends and family, so I feel very happy.”