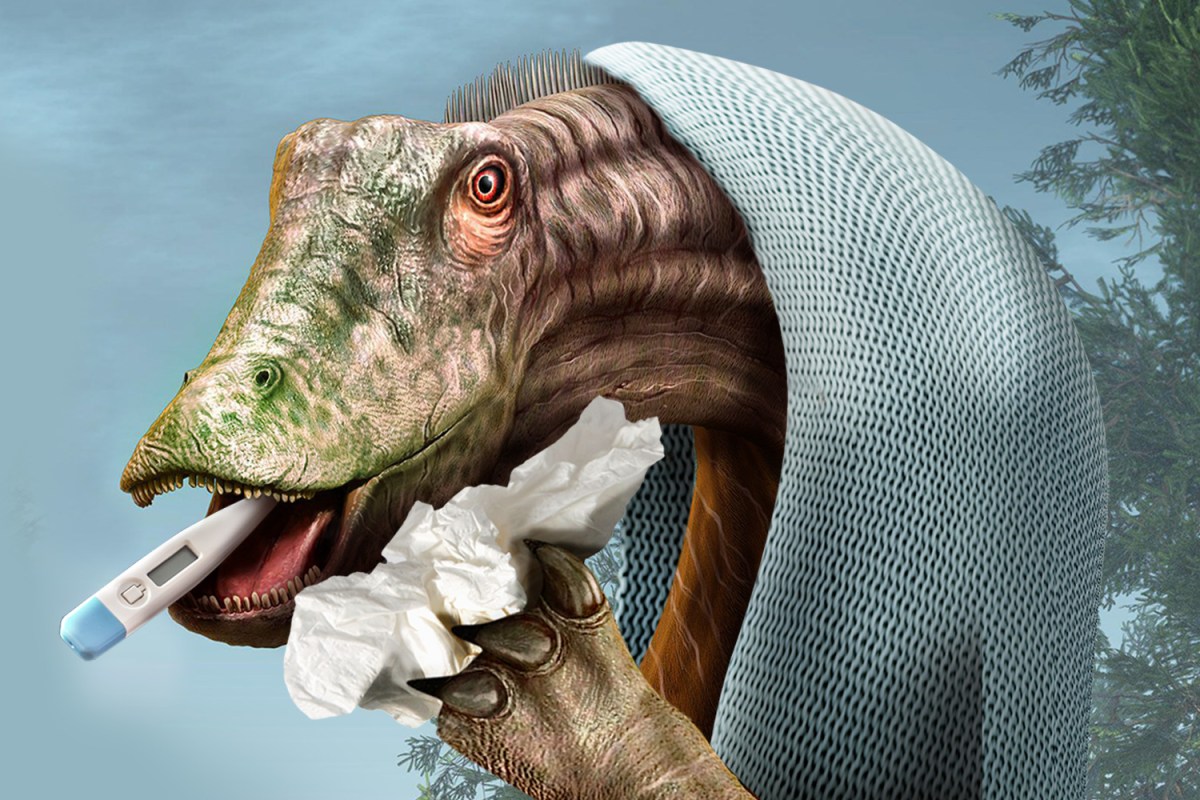 Evidence of a respiratory disease similar to flu was discovered in the bones of a diplodocus called Dolly.

It would have spread rapidly among the beasts, leaving them coughing, sneezing and shivering, experts believe.

But it did not kill them off as they lasted for another 100million years.

Dr Cary Woodruff said: “An infection like this has never been found in any dinosaur, so it gives us an exciting window into the past.

“Millions of years ago, before the invention of vaccines and Lemsip, they ­suffered the same gross symptoms we’ve all felt.”

Diagnosing illnesses suffered by dinosaurs is difficult as their organs and soft tissue have not survived.

But they had air sacs in their bones to help them breathe, meaning respiratory illnesses could spread there.

Dr Woodruff studied Dolly’s fossilised remains in Montana, US, and found bony protrusions in her neck.

The same protrusions are found in birds after they have avian flu.