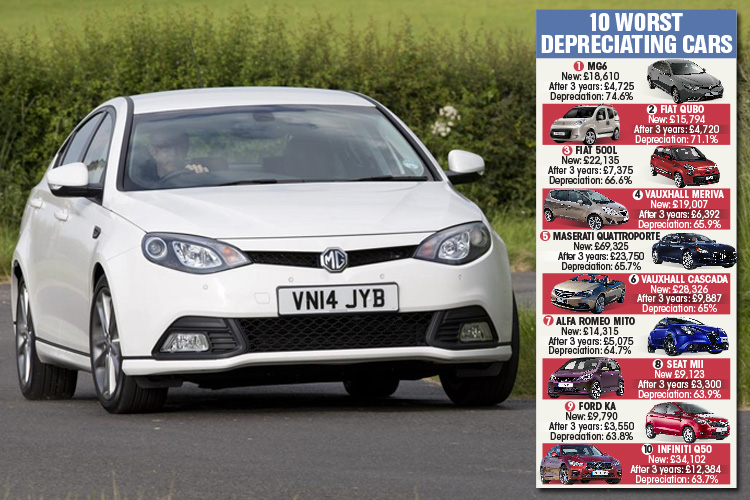 THE MG6 has been named the worst value car, losing 75 per cent of its value in three years.

Falls are based on them clocking up 36,000 miles over three years.

The cars are often priced too high, said the magazine.

And by the time they are sold they may no longer be fashionable or have suffered from negative publicity.

Luxury cars often lose more but because they are so expensive, the actual percentage loss is less.

Auto Express, which used predictions from used car experts CAP, said: “These depreciation disasters can be good news for used buyers, but for the original owner, they’re a costly headache.”