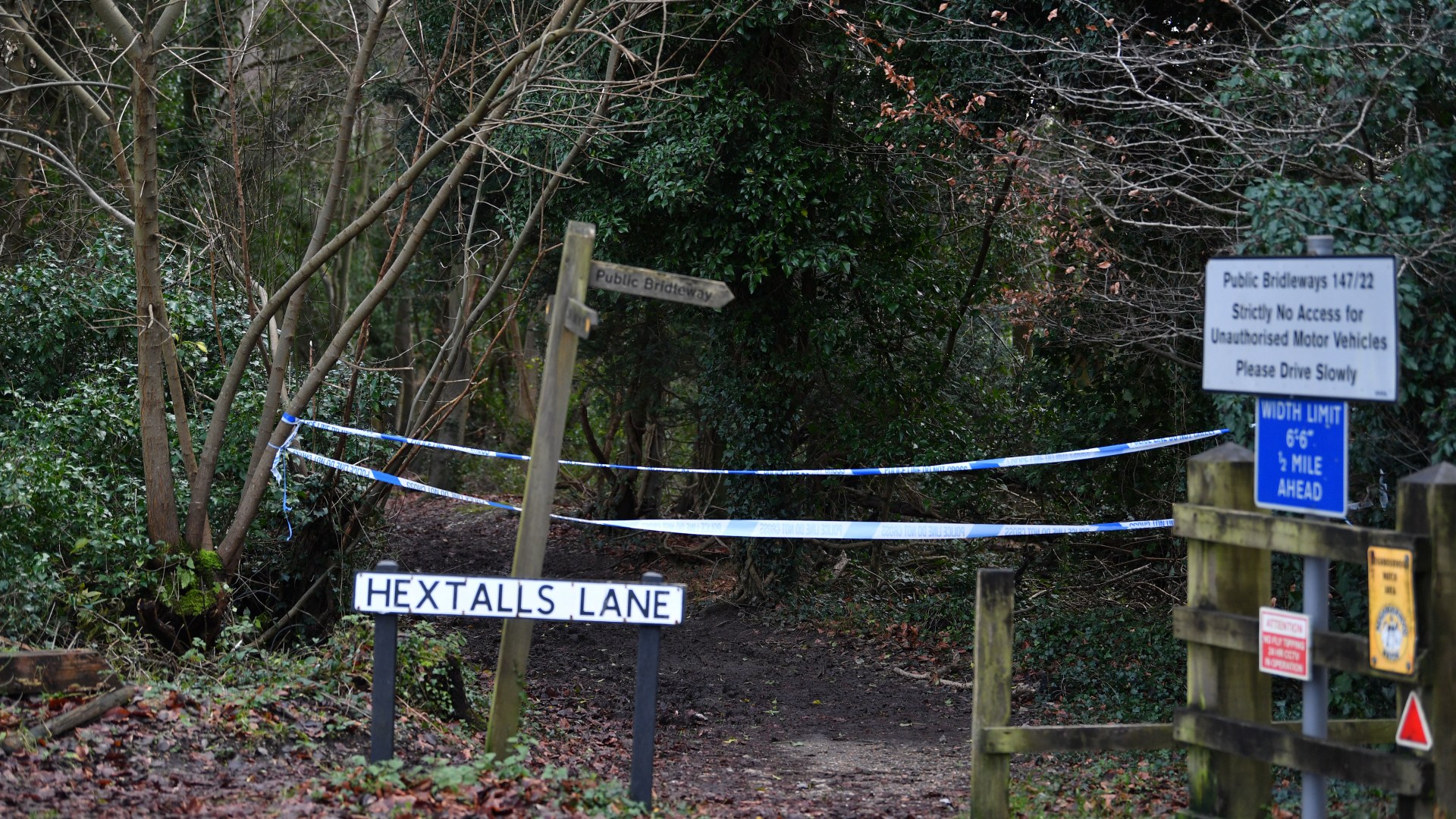 A WOMAN was who tragically mauled to death in a ferocious dog attack shouted “go back” to bystanders, witnesses have claimed.

The 28-year-old, believed to be a dog walker, was out with seven hounds in Caterham, Surrey, when she was savaged.

Paramedics rushed to the scene at Gravelly Hill on the North Downs about 2.45pm on Thursday but she couldn’t be saved.

Witnesses recounted the horrific scene today, with one saying: “This vision will haunt me for a long time.”

And it’s thought when two horsemen stumbled upon the horrifying scene the woman screamed: “Go back, go back”, reports MailOnline.

A second woman was taken to hospital with non life-threatening dog bite injuries. She has since been discharged.

It is not yet clear whether she was trying to help but Surrey Police has confirmed the pair were not known to each other.

The force this afternoon confirmed the 28-year-old victim, from London, is believed to have been walking several pets at the time of the attack.

Armed officers captured eight dogs at the scene on Thursday. They remain in custody.

It’s understood none of the animals were banned breeds.

So far no arrests have been made and detectives want to speak to anyone in the area who may have any information.

Inspector Lyndsey Whatley, Borough Commander for Tandridge, said: “This is a tragic incident where a young woman has sadly lost her life and our thoughts are with her family and friends.

“I know that yesterday’s events will be of real concern to the local community and I would like to reassure residents that we are confident all the dogs involved are in the custody of police whilst we investigate the circumstances of what has happened.

“Officers will remain in the area of Gravelly Hill today whilst enquiries continue and if you have any information but have not yet spoken to police then please contact us.”

A cordon and several road closures are in place while forensic work is carried out.

One neighbour in the rural area close to the M25 said: “It’s unbelievable. We’ve not had too many details about it but everyone has been shaken by the news.

“This could have happened to anyone. All our thoughts are with the girl’s family.”

While Lesley Hoffley, 62, who lives just yards away from a police sign cornering off the road near where the incident happened, said she had been left shaken.

The part-time copywriter added: “It really shocked me and my husband.

“It’s all quite worrying. It’s left the community feeling really anxious and, of course, heartbroken for whoever this young lady was.”

Unconfirmed reports online suggest the aggressive dog had been chasing horses and riders before going after the woman.

Claire Coutinho, MP for East Surrey, offered her condolences to her family and thanked police officers for their work in detaining the dogs.

She said: “My thoughts are with the loved ones of the lady who has died following a dog attack in Caterham this afternoon. Another lady was injured but is thankfully recovering in hospital.

“Thank you to the paramedics for their efforts at the scene, and officers from Surrey Police who controlled the situation so quickly.”

Owners of dogs that kill someone can face up to 14 years in jail, a fine, or both.

Owners of dogs that injure someone could get five years, a fine, or both.