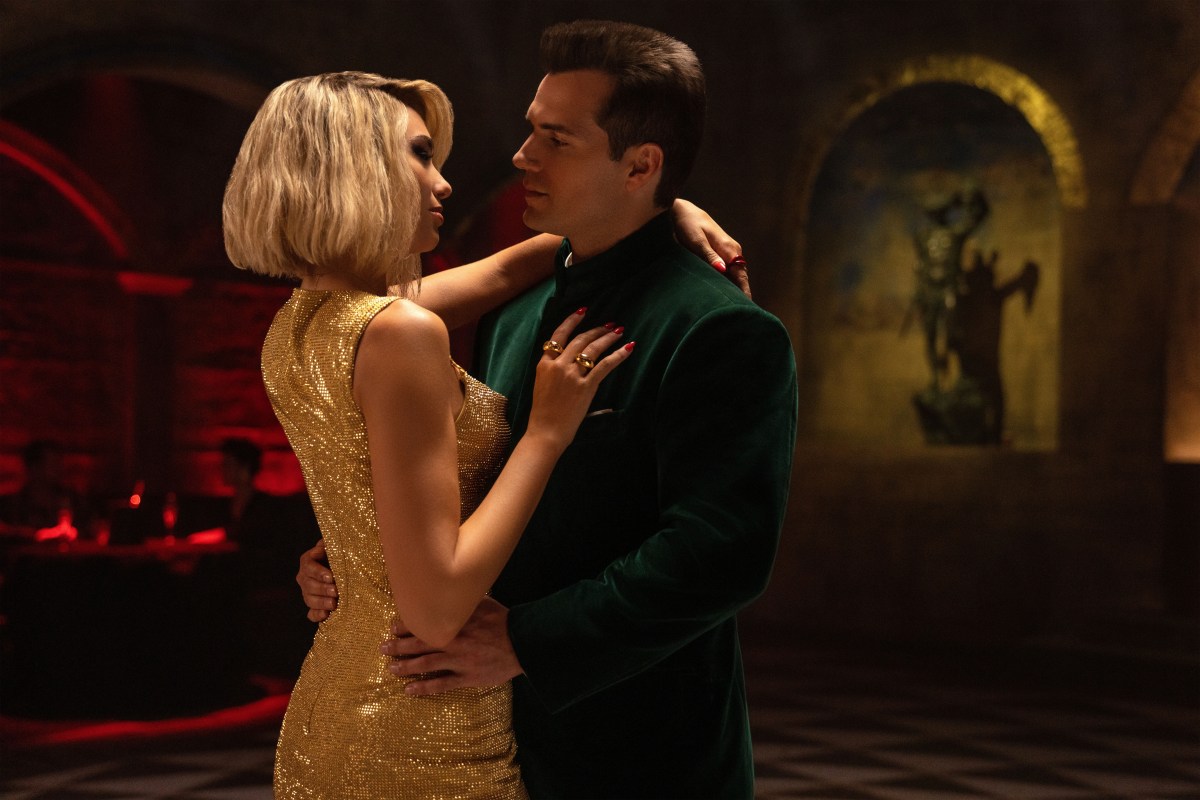 DUA Lipa looks unrecognisable in her first major film role as she dances with Henry Cavill in Apple TV+’s Argylle.

The singer, 26, has a blonde bob in the film still as she gazes longingly at Superman hunk Henry, 38.

It’s far removed from the long brunette locks she has on her Future Nostalgia tour which is currently seeing her play arenas in the US.

The Witcher star Henry has a short cropped hairstyle, words apart from his fantasy role of Geralt of Rivia, and sees him wear a green velvet blazer as he holds Dua close.

Fans of both stars loved the sneak peek, with many leaving heart emojis and expressing their excitement to see it.

The spy drama is the beginning of an exciting new franchise based on the novel of the same name.

Matthew said of the project: “When I read this early draft manuscript I felt it was the most incredible and original spy franchise since Ian Fleming’s books of the 50s. This is going to reinvent the spy genre.”

Zygi Kamasa, CEO of production company Marv said: “We are delighted that we will be starting our fourth, and by far the biggest, feature film production since the start of the global pandemic.

“It demonstrates both our desire to scale up our production activity and our ambition to continue to launch new franchises beyond the Kingsman series of films.”