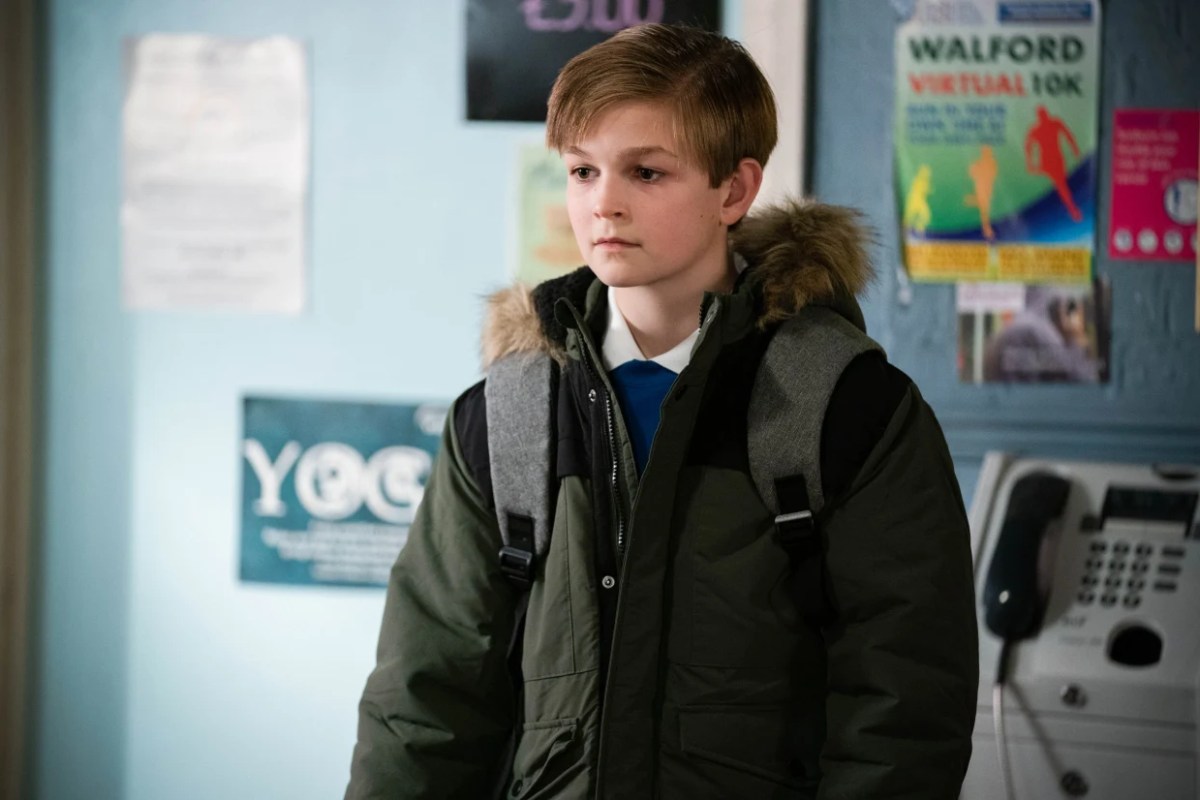 EASTENDERS fans are fearing a horrifying murder will take place after Tommy Moon armed himself with a knife.

The schoolboy has stashed the kitchen knife in his bag in an effort to protect himself from his school bullies.

In a tense scene Tommy gripped the knife after having a drink thrown over him in the street.

He didn’t use the knife – but he was ready to.

Later he tried to hide it in his bad but it was discovered.

After finding the knife in his bag, Lily confronted her cousin: “If they find you with that knife in school, you’ll be excluded.

“Don’t tell me you’re planning on using it.”

“But mum can’t walk me to school every day. What if they jump me? I can’t hide from this stuff. I’ve got to deal with this stuff direct.”

Lily told him he was being stupid.

“What if you drop it and they use it on you?” she said trying to get through to him.

But he insisted: “That won’t happen. I’m handling things, everything’s going to be alright.”

However viewers don’t think everything will be alright.

Instead they think it’s the start of a horrifying knife crime storyline that will leave a kid murdered.