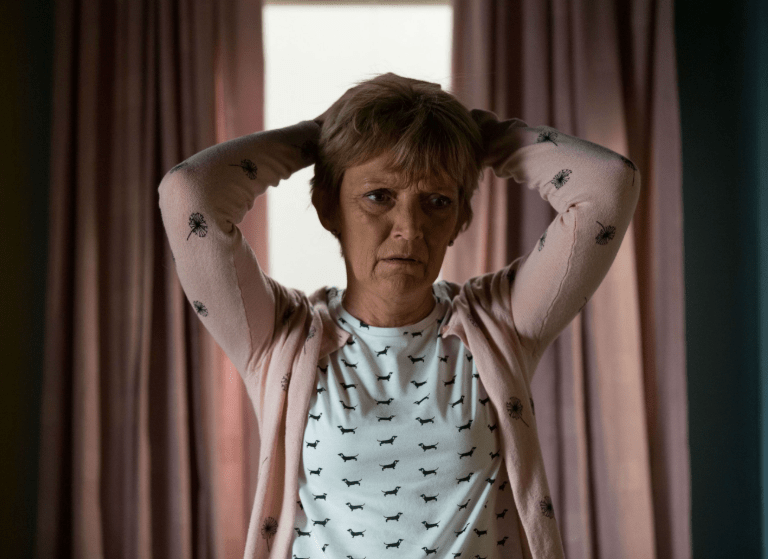 EASTENDERS fans are disgusted with Jean Slater after she threatened to put Tommy Moon in care after he realised she stole Kat’s money.

The cleaner – who is played by actress Gillian Wright in the BBC soap – is spiralling out of control but tonight fans felt she crossed the line.

Viewers know she stole cash from Kat’s business to fund her own holiday and dates with Harvey Monroe.

Kat is convinced her son Tommy took the money and Jean has allowed that to happen.

But tonight as Eve asked Jean where she was getting all her money from to pay for her new clothes and expensive trips, Tommy realised the truth.

“You stole her money.”

“What a ridiculous thing to say,” Jean replied.

“You can add lying now to your very very long list of wrong doings.

“So you’re now going to let her know you’re a fibber as well as a thief. You’ve already been caught with the cash box.

“You know they’ll probably take you into care. Or throw you into prison with Phil.”

Darkening, Jean told Tommy: “You know what your mother needs right now with Phil inside is for you to put your big boy pants on and pull your finger out.

“And stop throwing around ridiculous accusations.”

Viewers were completely disgusted with Jean’s threats to put Tommy in care.

One wrote: “Poor Tommy! Can’t believe Jean literally just stood there while he took the blame for everything. Seriously?”

A second said: “Tommy you should have told the truth! Jean, I don’t like you for that!”

Another added: “Jean happily letting a child take the blame for her stealing the money. Disgusting.”