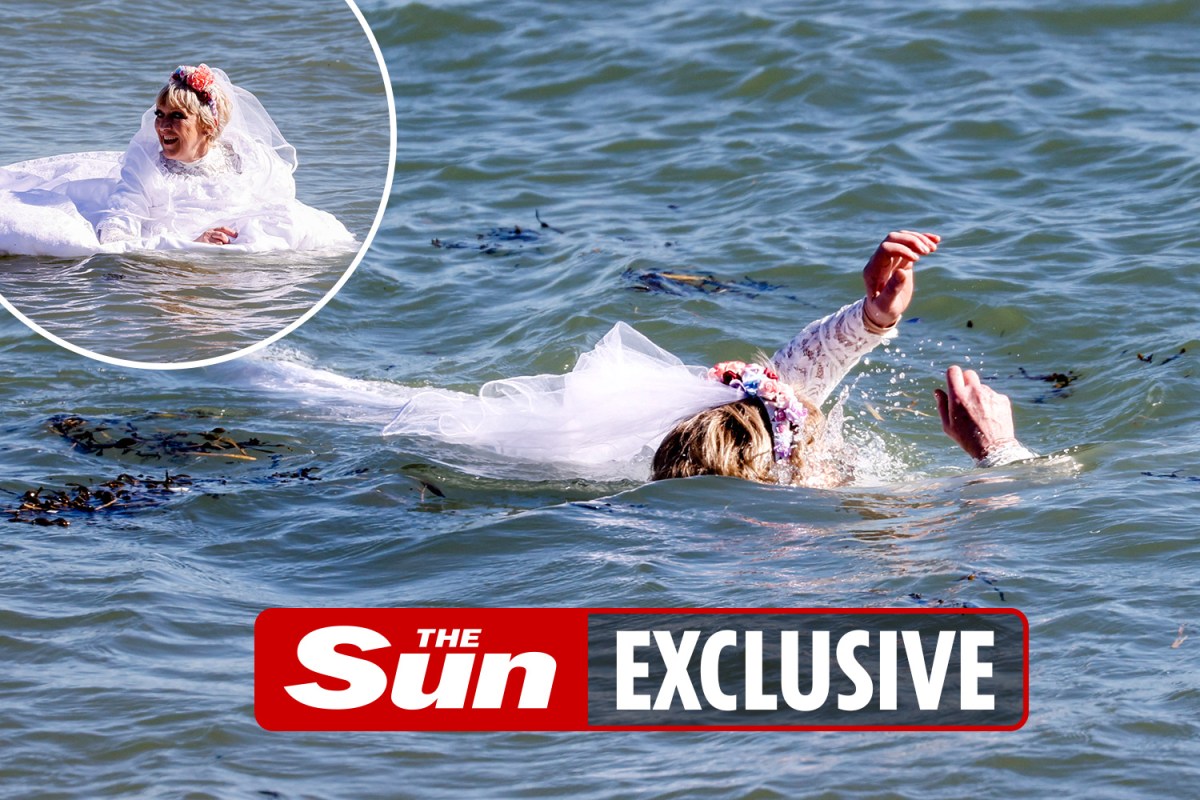 EASTENDERS’ Jean Slater looks set to drown in a wedding dress in a dramatic new storyline.

The cleaner – who is played by actress Gillian Wright in the BBC soap – suffers from bipolar disorder and looks set to spiral out of control.

In dramatic new filming pictures Jean can be seen wearing a full wedding dress for a trip to Southend in Essex after quitting Walford.

She can be seen wading out into the sea on the beach before getting into trouble.

Jean will desperately fight for her life in the scenes that will air later this year.

The snaps also reveal that Jean’s daughter Stacey will be hot on her heels trying to bring her mum home, realising she is in trouble.

Stacey will selflessly throw herself into the ocean to save her mum.

But will she manage to get to her in time?

Viewers have seen Jean go off the rails in recent weeks – seemingly suffering from a manic episode of her bipolar disorder.

It has put her at loggerheads with daughter Stacey who has been desperately trying to get her help.

Next week in EastEnders, Jean gets into a fight with her daughter, declaring her dead. 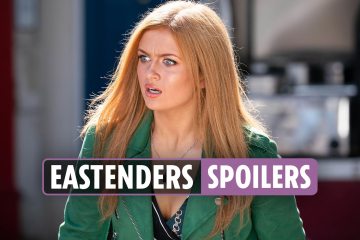 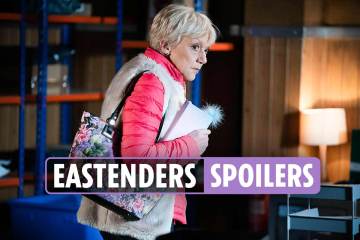 Mostly due to her bipolar disorder, Jean (played by actress Gillian Wright) has been known for her complicated relationship with both of her children, Sean and Stacey.

Coming up on the BBC One soap, Stacey (portrayed by Lacey Turner) is concerned when Jean reveals she is planning a surprise for the children.

Following Gray’s downfall, and as the truth about Kush’s death came to light, Jean then puts pressure on Stacey to come clean to Arthur.

Arthur is Kush and Stacey’s son but was adopted by the latter’s former husband, Martin.

🔵 Read our soap spoilers live blog for the latest gossip

Later on, Jean blocks the market by purchasing a bouncy castle for all the kids, which leaves Martin just as worried.

Things only get worse when Stacey spots Jean on the bouncy castle.

Jean accidentally hurts Arthur and embarrasses herself – until Harvey Monroe joins her on the bouncy castle.

Stacey is frustrated that Harvey doesn’t seem to understand her mother’s condition and bans her mother from being alone with the children until she sees a doctor.

It sparks a huge row between the mother and daughter with Jean declaring Stacey dead to her.

Stacey has been worrying about her mother’s well-being for several weeks, urging her to go see a doctor.

But Jean refused each time Stacey pleaded with her, opting to pursue a new romance with Harvey instead.

With her behaviour spiralling out of control even more, will Stacey be able to get her the help she needs?