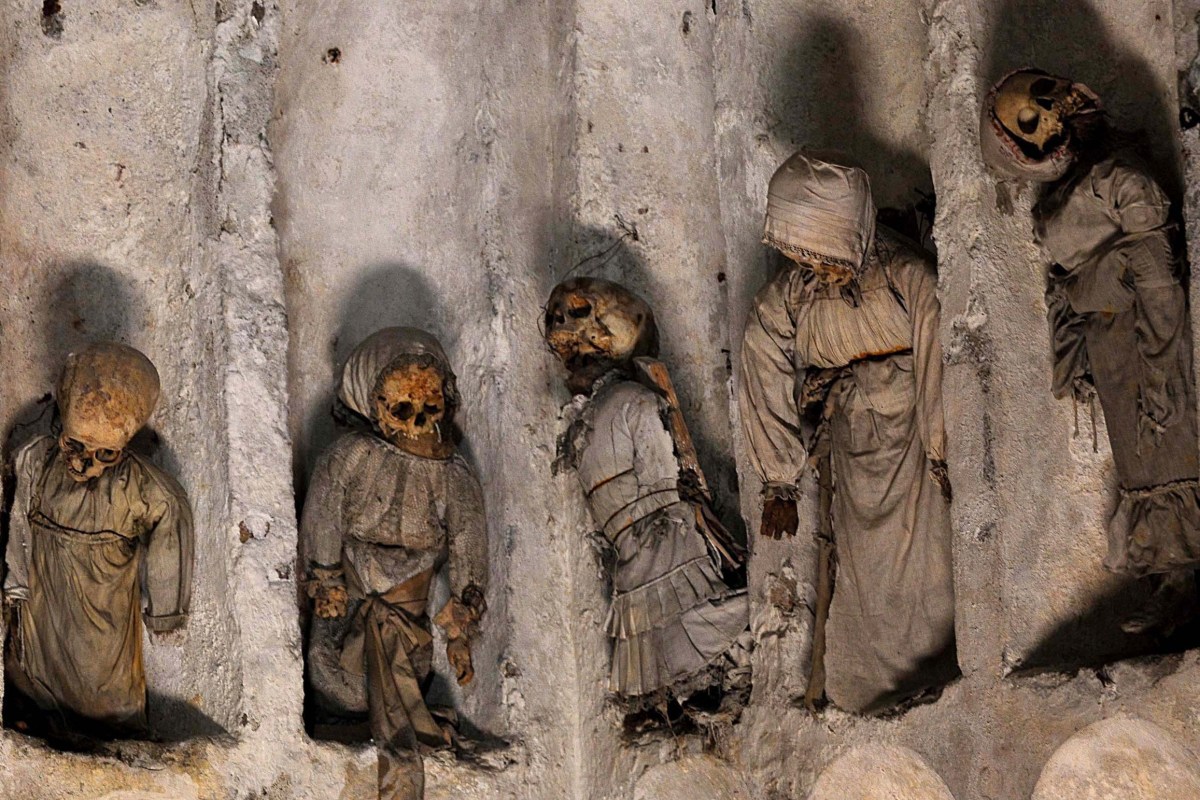 SCIENTISTS are embarking on a mission to unravel the mystery behind dozens of grisly child mummies buried in an underground tomb in Sicily.

Remains of some of the 163 kids laid to rest at Capuchin Catacombs of Palermo will be examined using X-ray.

They’re among the 1,284 naturally mummified and partially skeletonised bodies stacked along its crypts and chambers dating as far back as the 1590s.

The children believed to have died between 1787 and 1880, but very little is known about who they were and how they died.

Some of them – stored in a heartbreaking “child chapel” – are so well preserved that they are said to look like tiny sleeping dolls.

Dr Kirsty Squires, of Staffordshire University, will head the first attempt to tell their story using a portable X-ray scanner.

The two-year study, which kicks off next week, will investigate the identities and levels of wellness and illness of 41 of the bodies.

“We wish to better understand the health and development of children that were afforded the mummification rite,” Dr Squires told UK Times.

“We know they belonged to the middle classes but we do not know if they were more or less likely to suffer from specific diseases or experience stunted growth.”

The Capuchin Catacombs of Palermo is the largest collection of mummified remains in Europe.

Many of the bodies left there are skeletonised, but some are so well preserved that their skin, hair and clothing remains intact.

The cemetery was originally reserved for monks of the Capuchin order, but was later opened to members of the public.

At the time, being turned into a mummy was a status symbol and “a way to preserve status and dignity even in death.

“The process of mummification at this site was seen as a sign of sophistication and wealth,” Dr Squires told UK Times.

“It was a means of maintaining their social persona after death.”

Dr Squires added that the team will take a portable X-ray scanner and take hundreds of images of the children from different angles.

They will use the scans to determine each child’s sex and age, as well as to look for evidence of developmental defects, trauma and diseases.

Dr Dario Piombino-Mascali, who is also working on the project, told The Guardian that some of the children are “superbly preserved” and look like “tiny little dolls”.

“They are darkened by the time but some of them have got even fake eyes so they seem to be looking at you.”

Dr Piombino-Mascali added that it was “upsetting” to deal with children in anthropology, stating: “Of course you want to do something to preserve them and to make sure their stories are told and give a sense that they are children. “

The mummies are part of Sicily’s heritage and are on display to the general public and tourists.

In other news, police have caught an Italian mafia henchman who’d be on the run for 20 years after spotting the fugitive on Google Maps.

One of the best-preserved fossils ever found has confirmed that young dinosaurs burst from their shells just like baby birds.

And, a Nasa spacecraft has captured curious noises coming from Jupiter’s largest moon.