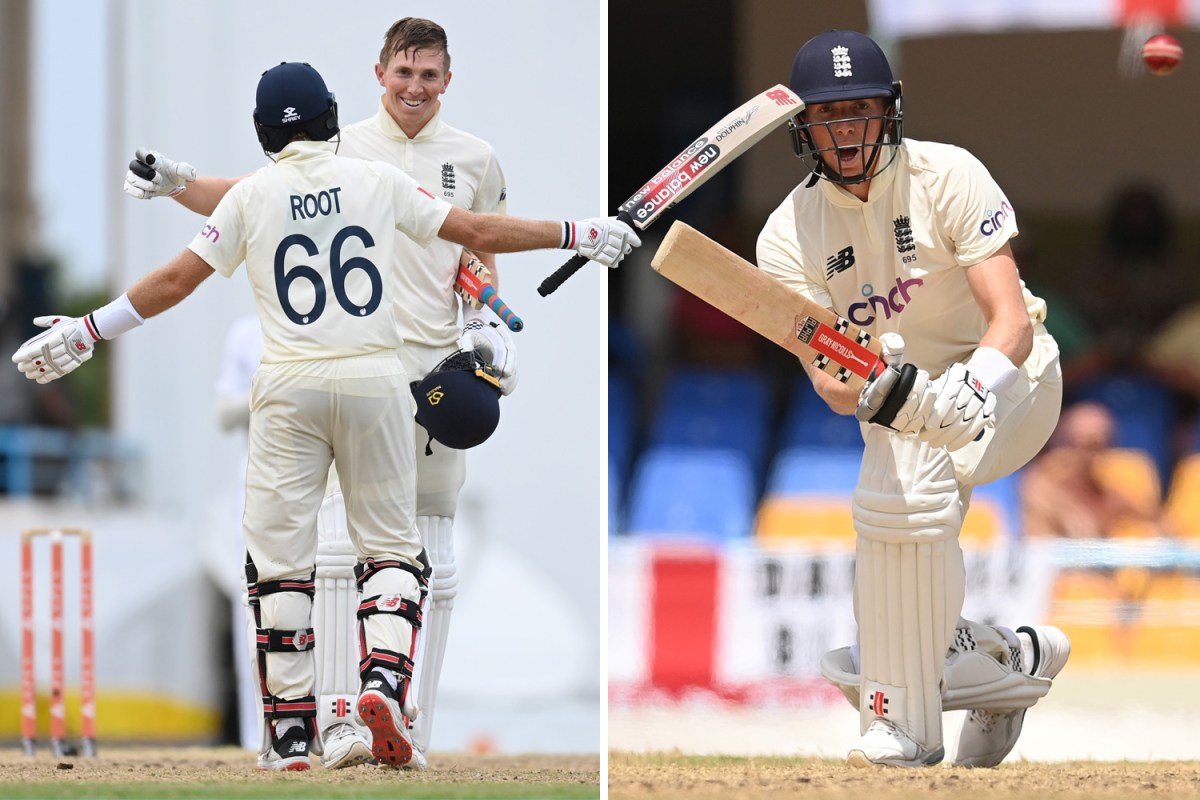 ZAK CRAWLEY and Joe Root finally banished England’s winter of woe – to set up a genuine chance of Antigua sunshine.

A superb second wicket partnership blossomed into brutal belligerence as the long-suffering Barmy Army could finally start to smile.

England have been knocked over like nine-pins since the Gabba in November.

But Crawley and skipper Root demonstrated the resolve and determination that has been lacking in an unbroken stand of 193 runs to take England to 217-1, leading by 153.

Crawley’s unbeaten second Test ton, in his 19th match, was a triumph of dedication and conviction.

There were a few nervy moments outside off stump, especially early on. 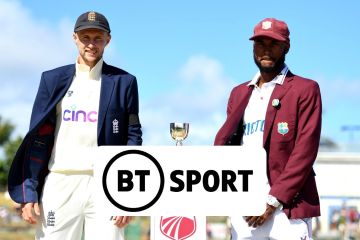 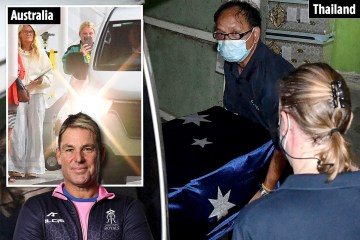 But Crawley’s mastery of anything veering towards his legs was complete, standing and delivering 14 fours before fittingly getting to three figures with another clip through mid-wicket and finishing on 117.

Root was even more convincing, ending a rain-shortened day on 84, close to a 24th century to take him above Kevin Pietersen and only behind Sir Alistair Cook’s 33 in the all-time rankings.

England will hope for more before lunch, although they are likely to again be without elbow victory Mark Wood for the victory push.

It was, apart from for debut boy Alex Lees – once again set up beautifully by Kemar Roach – the perfect morning for England, followed by an even better afternoon.

Jack Leach beat Jayden Seales’ forward lunge to hit him in front of middle with only the third ball of the day, the Windies all out for 375, a lead of 64.

Lees was soon back in the hutch for just six, playing round his front foot.

Two innings, twice out leg before to Roach, for an aggregate of 10. Welcome to Test cricket.

But Root came in, initially watchful, while Crawley, so strong off his pads, also looked to flourish, despite the first signs the pitch might misbehave.

Crawley, increasingly composed, went to his 50 – his only previous conversion came with his 267 against Pakistan at Southampton in 2020 – off exactly 100 balls by tucking Roach into the leg side.

And Root soon completed his 54th half-century as he eased Veerasammy Permaul behind square for the fourth boundary of his knock.

There was one scare, but the replays showed the bat-pad appeal against Crawley, on 71, foundered with the ball edge into the ground first.

Other than that, though, it was relentless accumulation as England stretched the lead before the rain forced an early cut.

Crawley said: “It’s right up there for me – and a really special feeling.

“I had a difficult time last year and I didn’t think I’d get this opportunity again, so I’m delighted.

“I was nervous in the 90s but Joe helped me get there, telling me to stay calm and making it a lot easier for me. It was a very happy moment and I loved it.