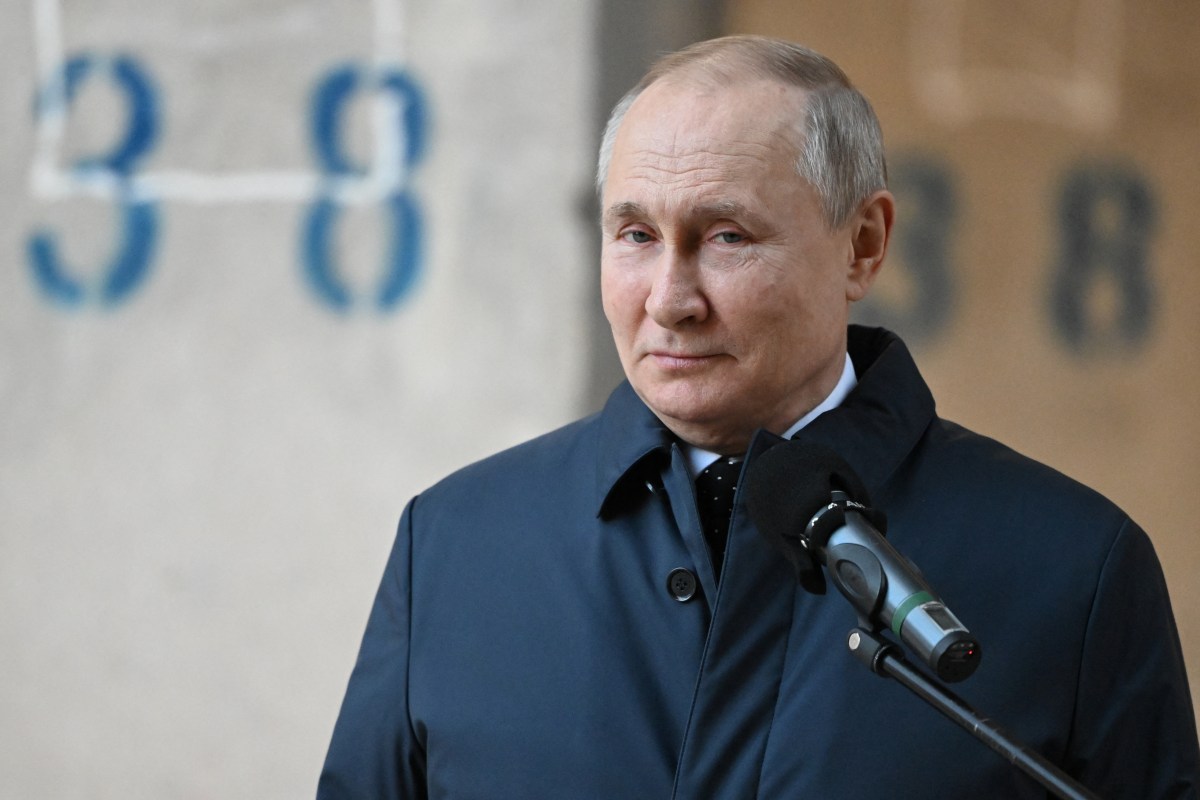 NOT for the first time, Ukraine’s brave President Zelensky hits the nail on the head.

“All you cared about was the economy,” he bluntly told German MPs ­yesterday, berating them for doing next to nothing when Putin was massing tanks on his borders in early February.

But that holds true for the other major EU nations too, going right back to 2015.

Because Germany, France and Italy sold vast and lucrative quantities of weapons to Russia, dodging an arms embargo established in 2014. Ten EU countries were involved, raking in ­hundreds of millions of euros.

It is bad enough that the Brussels club’s heavy and deliberate dependence on Russian energy is even now keeping the Kremlin war machine afloat.

But we now know that Ukrainians are being massacred and terrorised with weapons supplied by EU nations: Bombs from Paris, guns from Berlin, armoured cars from Rome.

Britain’s hands are not spotless either.

We too seem to have supplied Moscow, albeit on a far smaller scale.

The Government insists no military export licences were granted after 2014. But, as with the EU, old contracts WERE fulfilled.

Given Putin’s crimes — from Syria to Crimea to the Salisbury poisonings — this wasn’t just jaw-droppingly complacent on the part of Europe’s leaders.

IT is grim, even as Ukraine burns, to hear speculation already about when and how Russian sanctions might be lifted.

They must NEVER be relaxed while Putin and his lackeys remain in power.

Unprovoked, these evil men ignited a catastrophic war to steal a neighbouring country . . . mass-murdering its innocent citizens and levelling its cities.

Each day they look more likely to fail. But the horror is already far too great to be forgiven until Russia is under brand new leadership.

Many thousands are dead, three million Ukrainians are refugees, the global economy is reeling and Russia is isolated and broken.

We sympathise with its citizens, most of them sadly still swallowing Kremlin lies, for the suffering they must now endure.

But until the smirking war criminal and his grotesque henchmen are jailed or dead it would be an obscenity for anything like normal relations to resume.

WE’RE not keen on a total ban on MPs’ second jobs. But there should be limits.

Indeed the Government appeared to back a ceiling on pay or hours during the scandal last year over Geoffrey Cox’s vast earnings as a QC.

Now it’s quietly U-turned. It reckons either limit would be “impractical”.