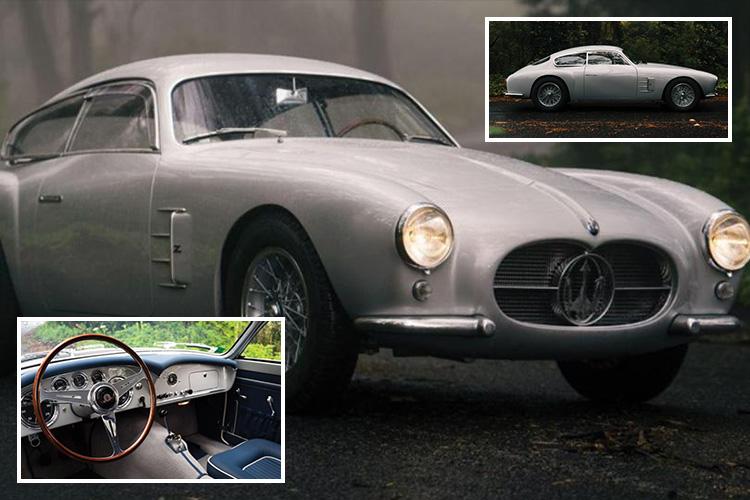 AN incredibly rare Maserati has been put up for auction with an estimated sale price of almost £4million.

One of just 21 ever made, the 1956 Maserati A6G/2000 Berlinetta Zagato was originally produced for racing.

Entirely hand-built, coachbuilders at Zagato hammered every one of its aluminium panels themselves, making it one of just a few cars left with a complete human touch.

The 62-year-old motor is fitted with its original 2.0-litre, six-cylinder engine.

And what makes it even more impressive is it still boasts entirely original components, with everything from the chassis to the gearbox all displaying matching numbers.

According to David Swig of RM Sotheby’s Auctioneers, “this is one of only a very small handful, 4 or 5 of these cars, that has always retained its original engine and gearbox.”

The classic motor has also seen more than 7,000 hours of restoration work thanks to the current owner.

They wanted to car to win “best in class” at the Italian vintage car competition Concorso d’Eleganza Villa d’Este.

And after an extensive makeover, the 1956 Berlinetta now holds that title.

The car is now due to sell at RM Sotheby’s Monterey sale on August 24.

The car will go up for sale alongside a range of vintage motors, including what could be the most expensive Ford ever to go under the hammer.