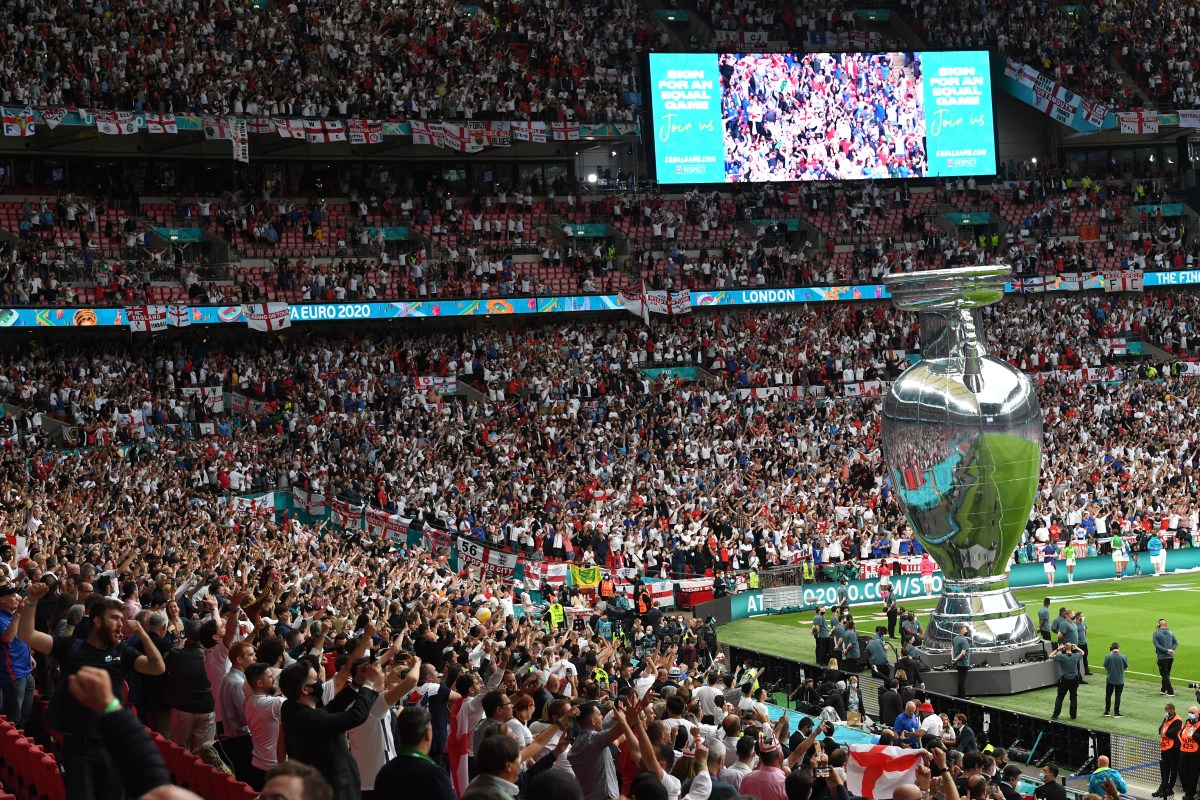 BRITISH FA chiefs are ready to dump the planned 2030 World Cup bid – after being given a “promise” they can host Euro 2028 instead.

Uefa’s high command signalled it would ensure an England-led five nations bid WILL be handed the keys to take the next available Euros if they pull out of the contest for Fifa’s big prize.

The Government has backed the ongoing “feasibility study” into a British Isles bid for 2030, promising to fund it to the tune of £11m.

PM Boris Johnson has pushed the bid as part of his wishes to see a “global Britain” message post-Brexit.

But Uefa bosses advised senior British figures at a meeting last month that they risked failing if they pressed ahead with the World Cup campaign.

The British chiefs were told that pushing for a World Cup would be “too risky” with Fifa’s leadership under President Gianni Infantino unlikely to give his influential support, despite name-checking the proposed five nation bid in October.

Instead, the British associations have been given a commitment that a bid to host the Euros in 2028 – which is set to be expanded to a 32-team competition from the current 24 – would get the full endorsement of Uefa’s high command.

Despite England being ordered to play their opening Nations League group game against Italy in June behind closed doors as a result of the Euro 2020 final carnage, Uefa President Aleksander Ceferin made it clear there would be no ongoing ramifications.

Euro chiefs are huge fans of Wembley, which would stage the Final of a British Isles-hosted tournament and will hold the Champions League Final – for the third time in 13 years – in 2024.

It is understood that a condition of the hosting decision would be that there were no guaranteed places in the Finals for the hosts, meaning all five British Isles sides would have to qualify by right.

One outline plan would see four of the eight first round groups based in England, with matches staged across the other countries.

The only issue would be Northern Ireland, although a significant upgrade at Windsor Park could allow games to be staged in Belfast.

It is believed that Fifa would like to see the 2030 World Cup played in South America, with the final in the Centenario in Montevideo, Uruguay, where the championship match in the inaugural tournament in 1930 was held.

A British Isles pull-out would leave the field open for the proposed joint bid by Spain and Portugal – felt to have more chance of success – to carry the flag for Europe.

Ceferin has made it clear he wants a single European candidate, although Fifa rules would allow rival bids from the continent.

The FA and other Home Nations declined to comment.