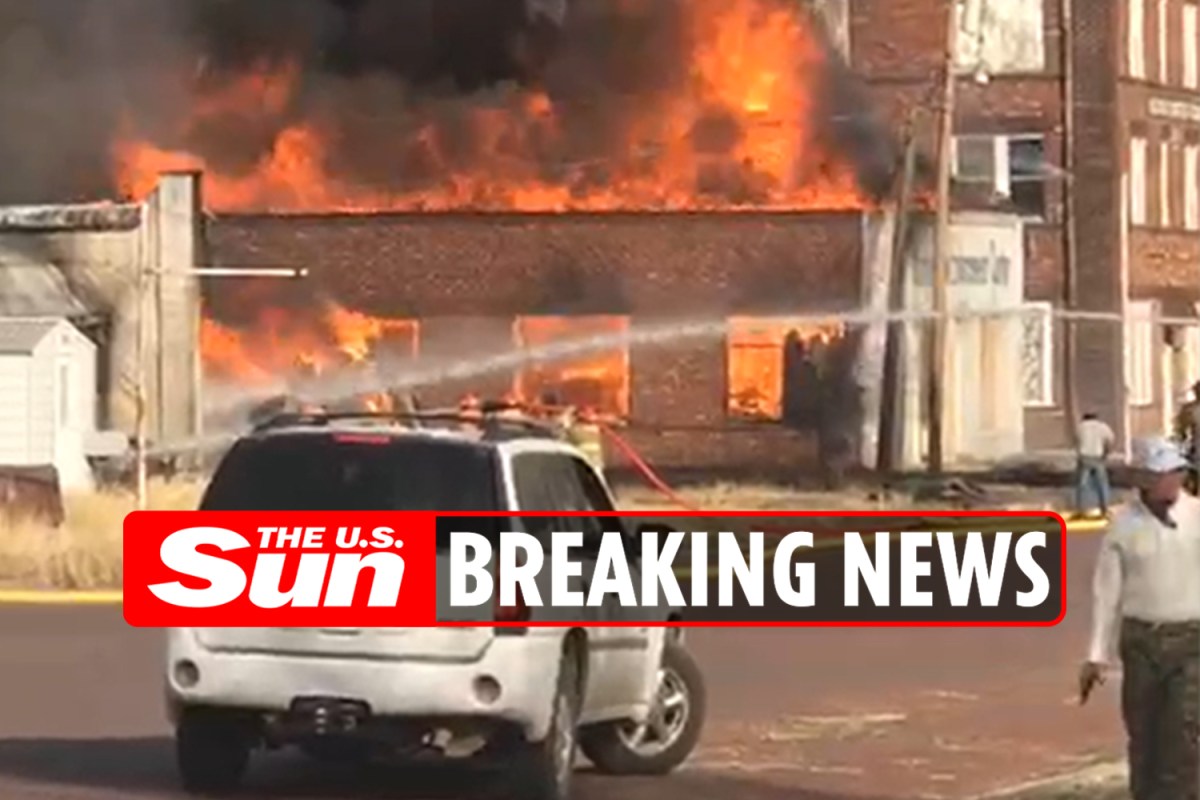 MULTIPLE buildings have been torched due to fires across the Big Country Thursday evening.

Homes and businesses in Carbon are being evacuated and residents in Lake Leon have been advised to self-evacuate.

According to emergency crews, a wildfire hit a northeast part of Taylor County and it’s affecting multiple counties.

People are advised not to attempt to fight the fire themselves.

The Texas Department of Transportation have notified the public that they closed SH 6 in Eastland County due to a “rapidly expanding fire.”

The Crews Gap fire, which began on Wednesday, was reignited Thursday.

Flames appeared to engulf the Second Baptist Church in Ranger as well as an old police station in the area.

Firefighters were seen hosing down the buildings as dark black smoke billowed high into the sky.

“What we do know – the Walling Fire from yesterday, along with multiple new starts today, have been combined into the Eastland Complex.

“Currently estimated at a combined 13,000 acres with no containment. The Texas A&M Forest Service has resources including heavy equipment, engines and TIFMAS strike teams responding.

“The fire of most concern that we are assisting with has impacted Carbon and HWY 6 and has Lake Leon evacuating.”

More to follow…For the latest news on this story keep checking back at Sun Online.The-sun.com is your go-to destination for the best celebrity news, sport news, real-life stories, jaw-dropping pictures and must-see video.