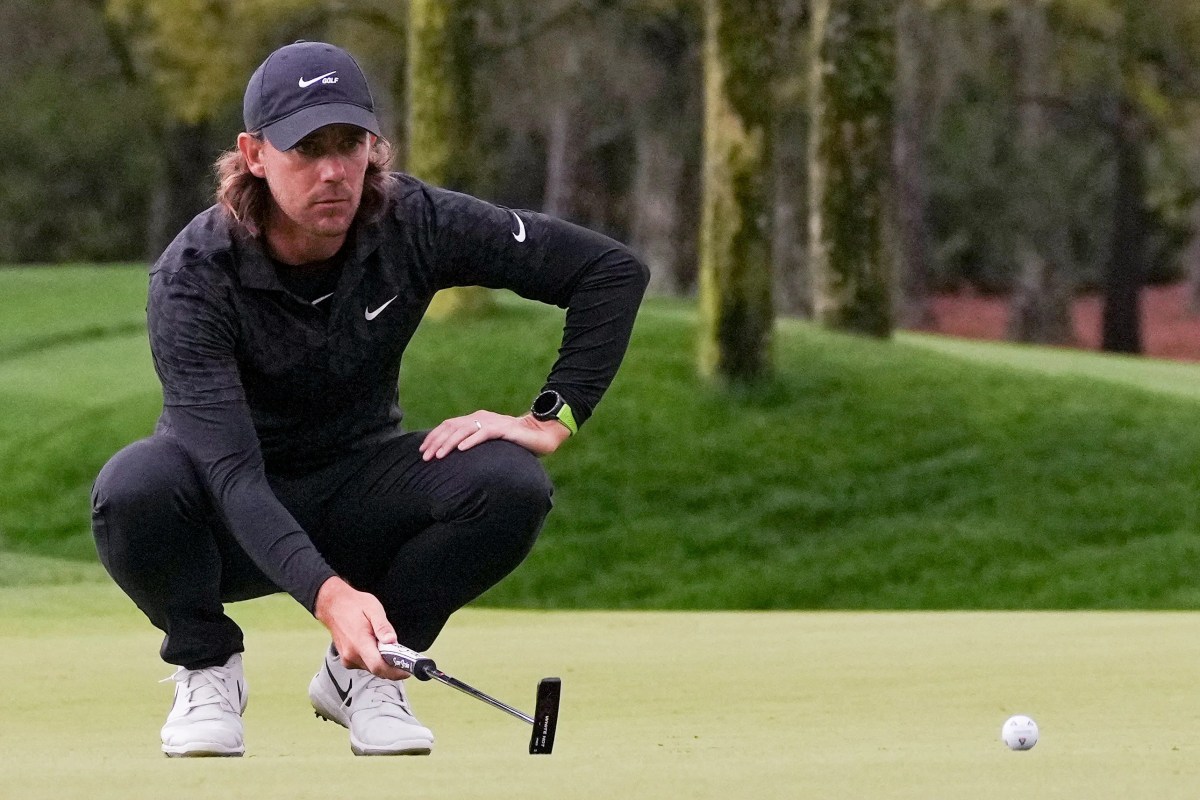 TOMMY FLEETWOOD hit the front in the opening round of the Players Championship after showing nerves of steel following a four-hour wait over a crucial birdie putt.

Fleetwood was in full flow as he sized up a nine footer to complete a hat-trick of birdies when the hooter sounded to stop play because of an approaching thunderstorm.

He had plenty of time to think about that putt as the delay dragged on.

But when the players finally got the all-clear to return to the course, the Southport star nonchalantly rolled it in – and went on to complete a brilliant six under par 66 to set the early pace at Sawgrass.

Fleetwood could do with a confidence boost as he looks to rediscover the form that made him one of the heroes of Europe’s 2019 Ryder Cup triumph.

He has been having a tough time of it since he followed up his epic exploits in European colours as one half of the all-conquering Moliwood combination – alongside close pal Francesco Molinari – by winning the Nedbank Challenge title in South Africa a couple of months later.

That victory took him into the top ten of the world rankings. But it has been all downhill since then., and he is languishing in 49th place now.

And Fleetwood revealed his struggles made him so angry – he decided to shave off his trademark beard!

He explained: “I was in a really bad mood, and it was either break a few clubs or shave the beard. And I went for the whiskers.

“The beard has always been a talking point. Definitely my favourite comment came in Abu Dhabi earlier this year. I was playing with Viktor Hovland – and obviously we’re very close – and Collin Morikawa.

“Both of them were looking at me, and said we had to Google your age – we thought you were 37 or 38. That’s a pretty harsh comment, to be fair.

“So when I shaved it off, as I said, I think it took about 15 years off me. Everyone kind of noticed that I look a lot younger without the beard. That’s a positive.

“But my wife, Clare, definitely prefers me with a beard, so I’ll definitely grow it back.

“As long as I can keep my temper and keep smiling, then I won’t have to shave it off again.”

Hovland and playing partners Jon Rahm and Patrick Cantlay would not have been complaining over the timing of the long delay. They had all just found the green on the notorious ‘island’ 17th when play stopped.

If the hooter had gone a few minutes earlier they would have returned to face that tee shot as their first taste of action in over four hours – and even three members of the world’s top five would not have relished that prospect!

At least they finished their rounds. Rory McIlroy and the rest of the afternoon wave barely got started before darkness set in.