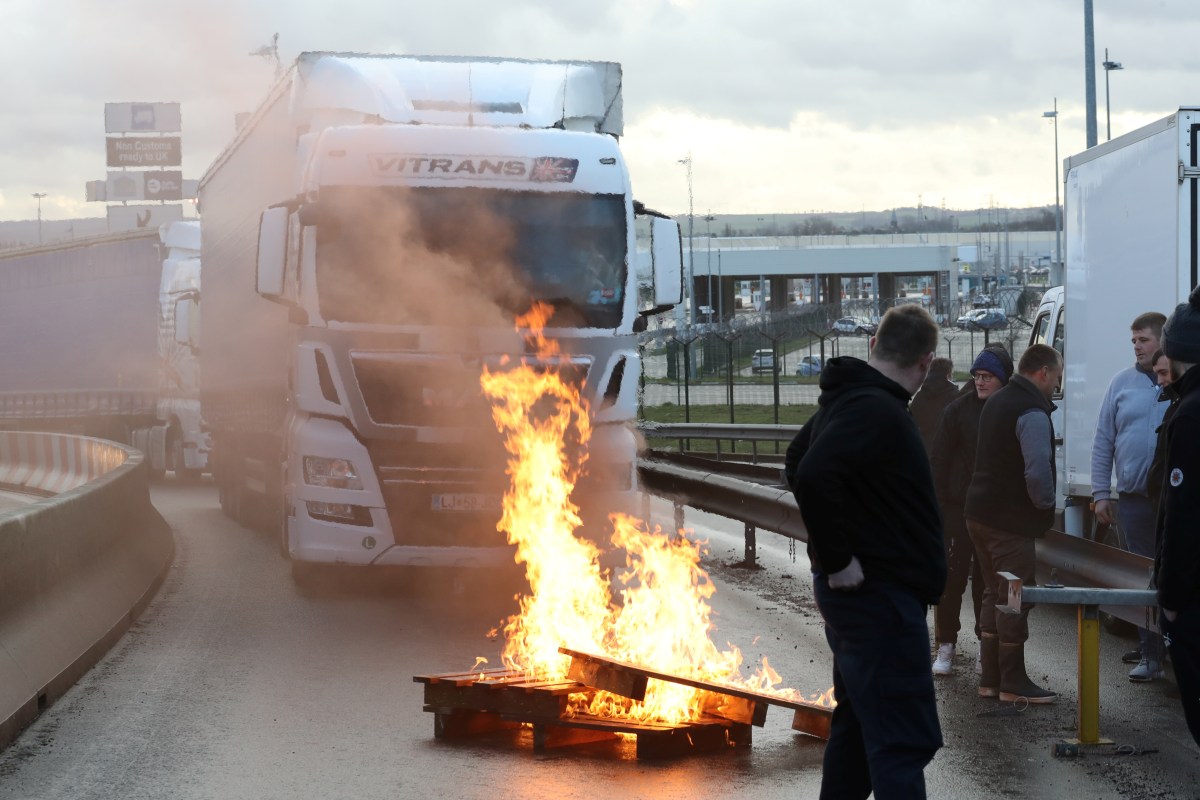 FRENCH fishermen today launched a blockade of the port of Calais as they attempt to wreak havoc on Christmas deliveries.

Skippers used their boats to prevent ferries from entering the harbour as they launch a major protest over access to UK waters.

Five trawlers drove into the mouth of Calais port to prevent large ferries and cargo ships from entering or leaving.

The protest there – intended as a “warning shot” to Britain – lasted 90 minutes.

It temporarily stopped two ferries carrying trucks and passengers from reaching the dockside.

And furious captains have also launched a bid to stop freight from going through the Channel Tunnel.

They set fire to wooden pallets and put barriers across roads to stop lorries from reaching the terminal.

The fishermen also used several dozen cars and vans to block access into the tunnel in a protest set to last around two hours.

French fishermen have accused Boris Johnson of a “provocative, contemptuous, and humiliating attitude” in talks over licences.

No 10 last night warned Emmanuel Macron he has a responsibility to ensure his trawler men don’t “illegally” stop trade.

The PM’s spokesman said: “We are disappointed by threats of protest activity.

“It obviously will be a matter for the French to ensure that there are no illegal actions and that trade is not affected.”

Gerard Romiti, boss of the National Maritime Fisheries Committee, said the protest is a “warning shot” to Britain.

He fumed: “This is our demonstration of the quality and ability of professional fishermen to mobilise.

“We don’t want handouts, we just want our licenses back. Too many fishermen are still in the dark.”

Skippers plan to launch a land-based armada by deploying vehicles to obstruct roads and railway lines.

They’ll also use their boats to blockade ports of Calais, Saint-Malo and Ouistreham along the northern coast.

The protest, which will last for “several hours”, is set to cause chaos and spark long queues of lorries headed to Britain.