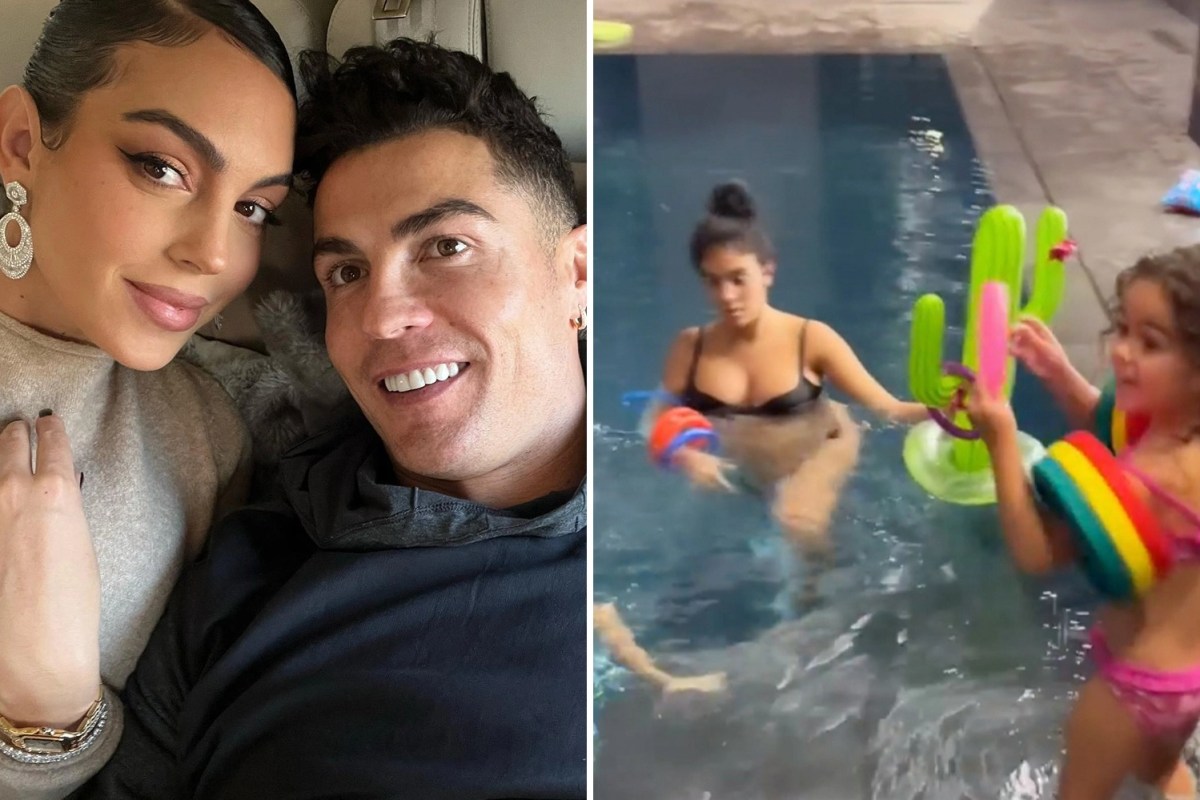 CRISTIANO RONALDO’S partner Georgina Rodriguez showed off her blossoming baby bump during a dip in the swimming pool.

Georgina and Ronaldo announced they were expecting twins back in October, later revealed to be a boy and a girl.

At the time Georgina was claimed to be three months pregnant, meaning she’s now just around a month away from giving birth.

She showed off her growing bump on Instagram once again while enjoying some time in the swimming pool.

Ronaldo is father to four children, with daughters Eva, 4, and Alana Martina, 4, joining Georgina in the pool.

Eva was born via a surrogate mother in the USA alongside twin Mateo, also 4, while Georgina is mother to Alana Martina.

Georgina posted a video of the two girls playing games in the water with her to her Instagram story, accompanied by five love hearts.

And despite being underwater, Georgina’s expanding baby bump is clearly visible.

The 28-year-old model regularly shows off her bump to her 36 million Instagram followers.

Last month she posted adorable snaps of Ronaldo’s children kissing her tummy – in anticipation of welcoming their new siblings.

Georgina is also the star of the Netflix show ‘I am Georgina’ – a series dedicated to her life and rise to fame.

The programme was released earlier this year, and gives fans a sneak peak into her and Ronaldo’s lavish lifestyle.