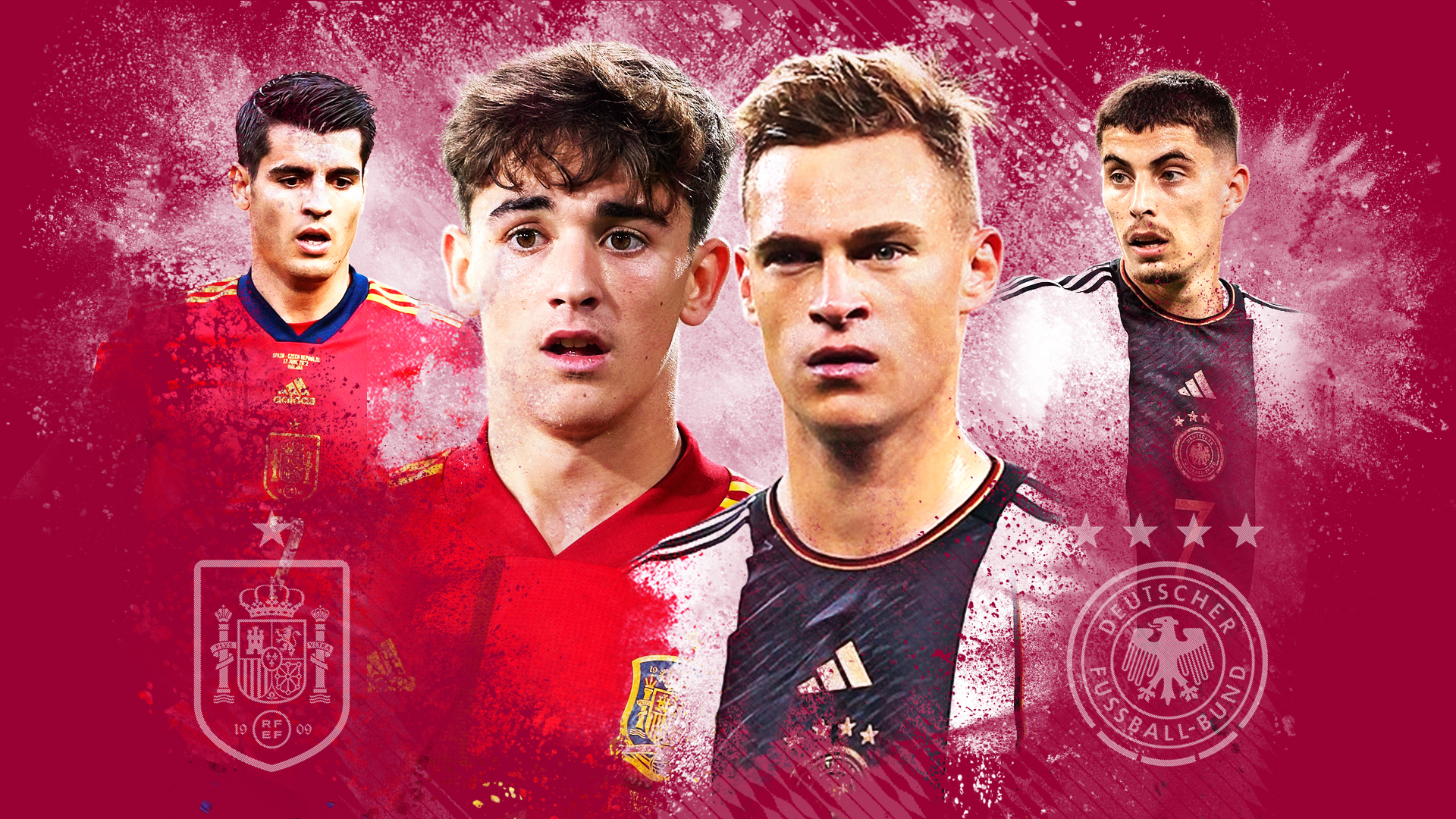 SPAIN are looking to book a World Cup last 16 place in double-quick time as they face Germany in a mouthwatering clash.

The Spaniards look one of the form teams of the competition so far, after an excellent performance in their opening game.

However their opponents’ need for a victory is far greater than theirs.

This clash was expected to decide top spot in the group, but following an opening defeat Germany would be delighted just to get through.

Die Mannschaft have everything to prove after going out of the 2018 group stage with a whimper.

SunSport takes a look at what to expect from Spain vs Germany, including our score prediction.

Spain: La Roja made a huge statement of intent with a 7-0 win over Costa Rica.

It was death by a thousand passes for the Ticos, who didn’t manage a to have a single shot.

Germany: The Germans are staring down the barrel at a second straight World Cup group stage exit.

They were beaten 2-1 by Japan and will be effectively eliminated if the Japanese manage a better result against Costa Rica than they get against Luis Enrique’s side.

Spain: Spain’s camp was hit by a virus after their win over Costa Rica, affecting a number of players including goalscorer Alvaro Morata.

However, it is not expected to keep any of Luis Enrique’s players out of the clash with the Germans.

Germany: Leroy Sane was hit by a knee injury in the build-up to Germany’s defeat to Japan.

He is touch and go for the Spain game and could face the grim prospect of his country being knocked out before he’s kicked a ball.

Spain: The whole team excelled during Spain’s hammering of Costa Rica, but one man in particular stood out.

Kopa Trophy winner Gavi was at the heart of everything Spain did, with the Barcelona wonderkid already looking like having a breakthrough tournament.

Germany: Jamal Musiala was good in spells despite Germany going down 2-1 to Japan.

German fans will be hoping the former England U21 star can cause havoc on the wing as Hansi Flick’s men look to make the most of what little possession they get.

Germany have a marginally superior head-to-head record with nine wins, compared to eight for Spain and eight draws.

In the World Cup, the Germans have won twice while Spain have won once and there has been one draw.

However in recent years, the fixtures has seen consistent Spanish dominance.

The Spaniards have won four of the last seven fixtures, including a 1-0 victory in the semi-final of the 2010 World Cup, which they went on to win.

Two of those games finished in draws while one, a friendly in 2014, was won by Germany.

The teams last met two years ago, when Luis Enrique’s team picked up a stunning 6-0 win in Sevilla.