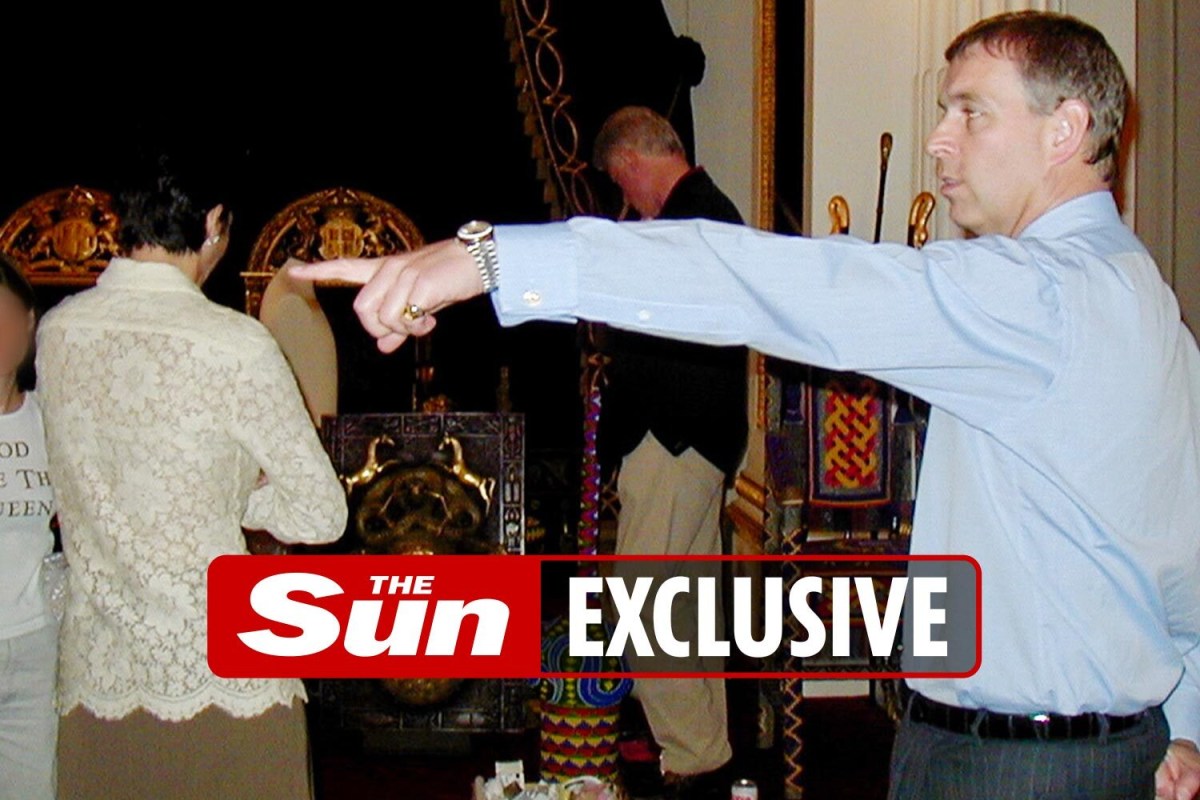 GHISLAINE Maxwell was introduced as Prince Andrew’s ex-girlfriend on a Buckingham Palace tour — despite his denials they were close.

Our photo shows him and the sex trafficker, 60, with former US president Bill Clinton in the background.

The Duke of York is pointing, while another woman with Maxwell wears a T-shirt reading: “God Save The Queen.”

Andrew, 61, denied being a close pal of Maxwell in legal papers filed as a response to Virginia Giuffre, 38, who is suing him for alleged sexual assault.

But a member of the Palace tour party in 2002 told UK Times on Sunday: “Ghislaine was described to me as an ex-girlfriend of Andrew.

“The impression we all had was that there was some relationship there.

“They clearly knew each other very well. She was very friendly and cheery.”

The source added: “We walked in the main gates and Ghislaine showed us where we needed to be. She knew her way around.”

The picture was taken 18 months after Andrew is alleged to have had sex with 17-year-old Virginia at Maxwell’s London home.

It shows Andrew, Maxwell, Mr Clinton and the woman in the ballroom.

They were also in the throne room where Maxwell and Spacey sat on Chairs of Estate used for the 1953 coronation.

The former US President had spent the previous week on a tour of Africa with Maxwell and Spacey — who has apologised for his behaviour with a 14-year-old boy but not been convicted of any crime.

Andrew denies sexual abuse and promised to fight Virginia’s claims in a US court.

A FRESH trial has been demanded by Ghislaine Maxwell after claiming the jury in her sex trafficking case were clueless.

The socialite said they had a “mistaken understanding of the law” when convicting her of recruiting girls for Jeffrey Epstein.

Maxwell is facing  decades in jail when she is sentenced in June for her role in the paedo’s trafficking.

She was found guilty of five of six offences but her 37-page court filing insists there was a “substantial likelihood” she was convicted on four counts based on “conduct not charged”.