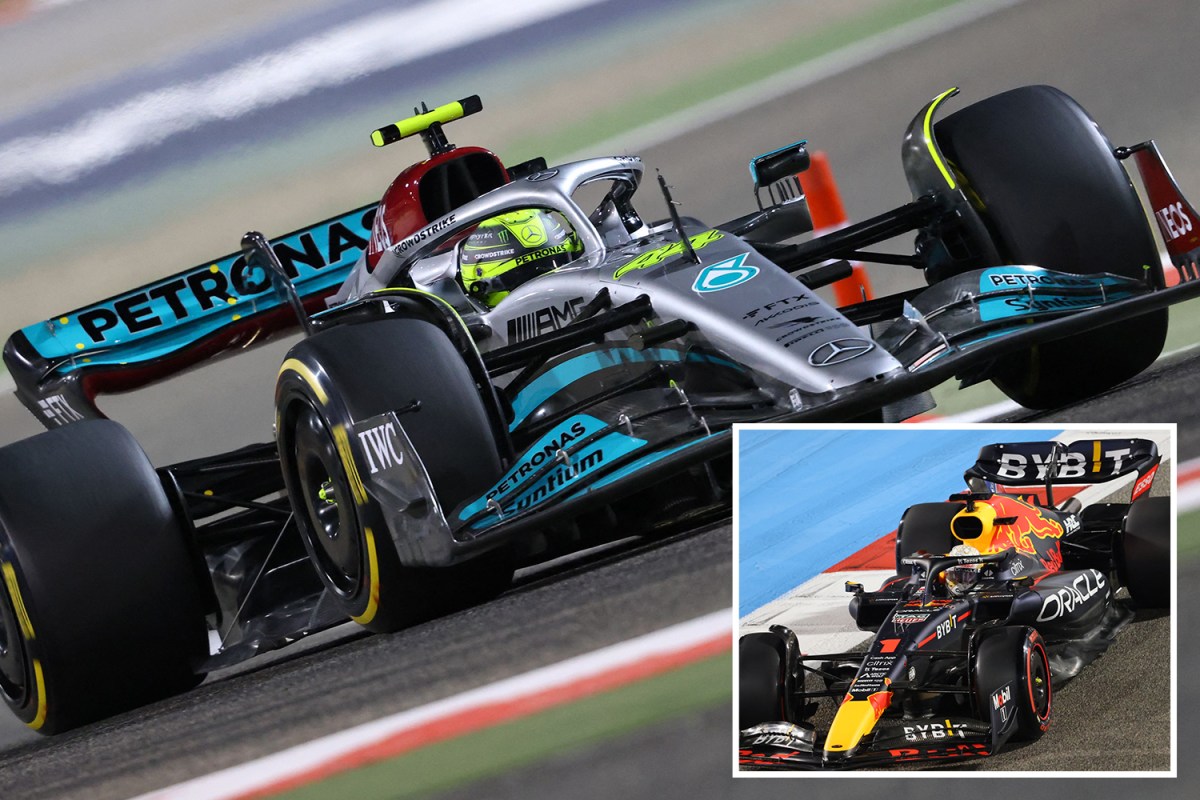 LEWIS HAMILTON faces a massive headache if he is to fight Max Verstappen for victory in Bahrain this weekend – in more ways than one.

The Brit was only NINTH quickest in second practice while world champion Verstappen topped the field.

It comes after Mercedes warned that their new car for this season was not quick enough.

But that is only part of the problem as both Hamilton and George Russell are suffering from “porpoising” causing their car to bounce violently up and down at high speed.

It is caused when the downforce pushes the car down but when it gets too low, it stalls the airflow under the car, lifting the car back up again.

Not only does that cause discomfort for the drivers, but it also limits the top speed of the car.

Mercedes are trying a number of options to resolve the issue and used a different floor on Russell’s car, which allowed him to go fourth-quickest.

But it is a concern for Andrew Shovlin, trackside engineering director at Mercedes, who said: “We’ve got a lot of work to do. We have carried that on from the test into FP1 so continuing to do experiments.

“Certainly on a single lap we were one step softer tyre than the cars we’d like to compete with doing similar times. So it’s pretty evident there is something to do there.

“But we are learning every day at the moment. It does feel like we’ve got to catch up but as long as we keep on with that learning, that’s the main thing for us.

“I don’t think we have got as good a handle on that as some of the other teams.”

Meanwhile, Verstappen was quickest and topped the session from Ferrari’s Charles Leclerc, with Carlos Sainz half-a-second further back in third.

Hamilton’s new teammate Russell was fourth quickest but the Brit was still six-tenths-of-a-second adrift of Verstappen.