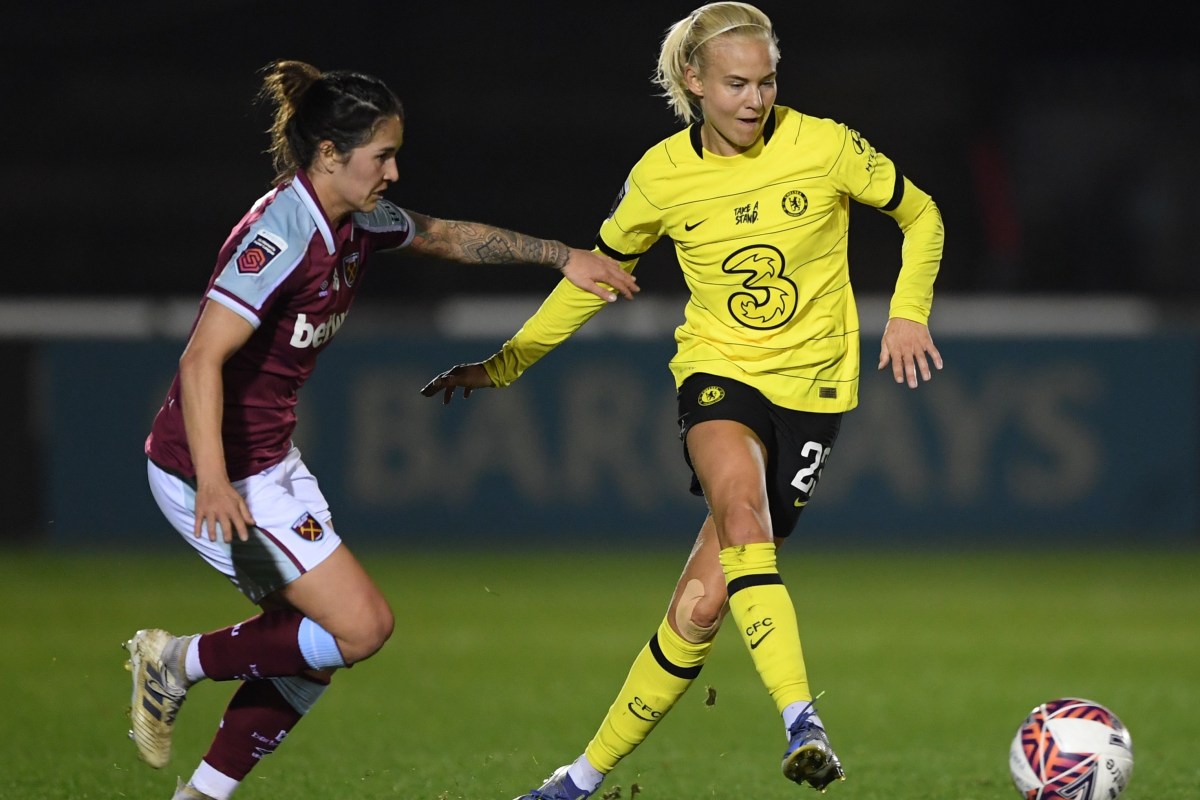 The Denmark star’s brace was among the goals netted hours after the bombshell news of the government’s sanction of Roman Abramovich.

Controlling the controllable is what Emma Hayes’s urged her side to do on a day she described as ‘difficult’.

And her team did just that at the Irons’ home with Niamh Charles and Sam Kerr also netting as Chelsea cut Arsenal’s lead to five points.

The win followed Blues’ owner Abramovich having his assets frozen and the club being hit with a transfer ban amongst other measures.

After the win, Hayes, whose team face Aston Villa next, said: “As far as I’m concerned, we have to give the club and everybody within the time to dissect with DCMS the implications of the sanctions. 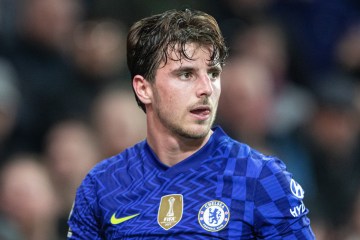 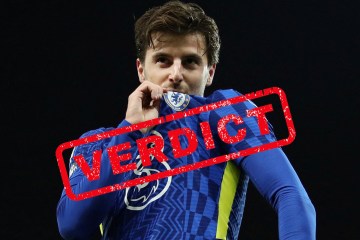 “There has to be a two-way process between the club and them to determine how to run (the club), how to operate and how to exist in this period.

“It’s important we control what we can and when we step on the football pitch, that’s the moment for us to concentrate on putting points on the board.

“We all have a million questions, and I don’t battle things that I can’t control.

“I just know that I will probably learn more in the coming days and weeks.”

The ban on transfers at Chelsea means the Blues are currently unable to offer new contracts to players or negotiate extensions.

Before the game when asked what this could mean for Blues’ WSL aces whose deals are due to end this year, Hayes said: “We don’t know the likely impact of that on players who are out of contract.

“What I know is the DCMS will work through that with the club.

“And maybe the club will help educate them a bit more about how clubs operate, and what we need to operate.”

Chelsea almost netted in the first minute with Harder rattling the post with a bullet header from a quality corner kick.

And the midfield star notched up her 14th goal this term curling in a left-footed effort after working her way into the box in the 21st minute.

The league title-holders made it two goals in two minutes as Charles volleyed the ball past Mackenzie Arnold.

And they bagged a third shortly after the half-hour stage Ji So-yun lofting the ball into the box for Harder to guide a header home.

The second spell saw Dagny Brynarsdottir pull a goal back for the hosts around the 50th minute with a bottom corner strike.

But Kerr put the game firmly out of reach after pouncing on a rebound with just under half an hour of normal time remaining.

The result leaves the Irons lying in eighth spot with two wins in their last five games before their trip to Birmingham.