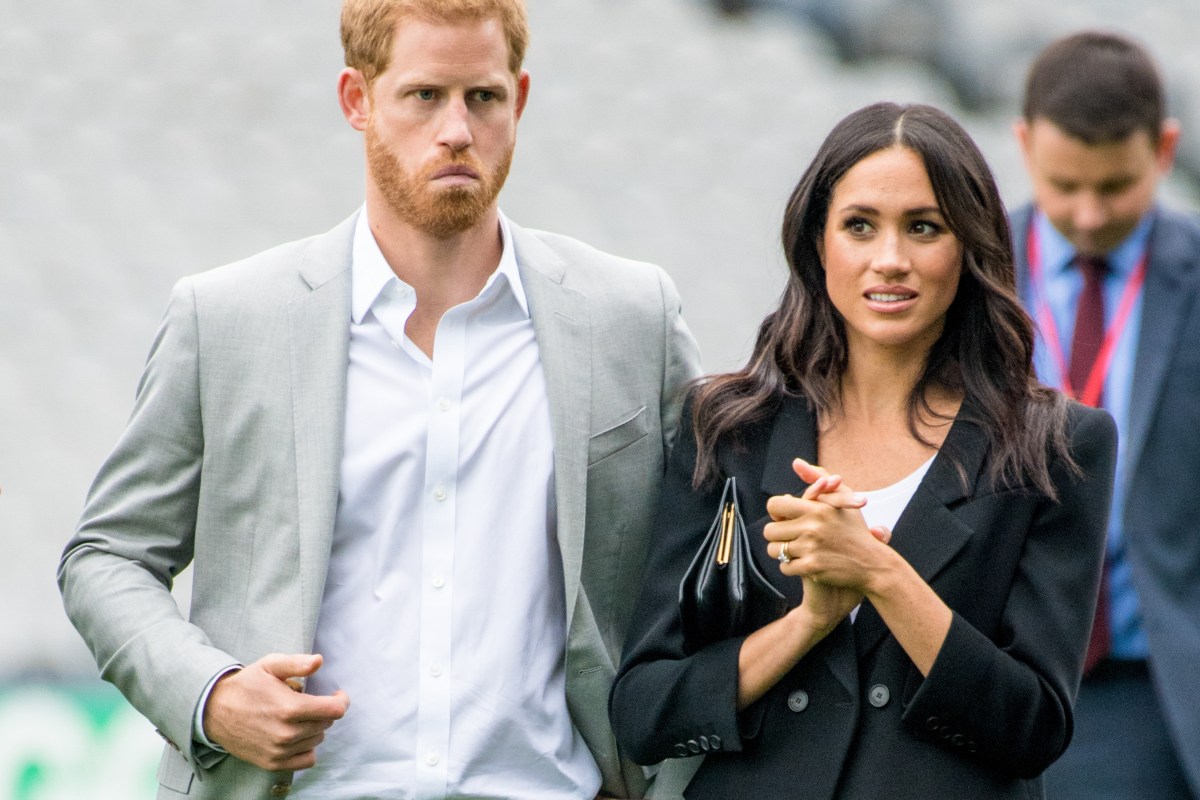 PRINCE Harry yesterday launched a High Court fight over the Government’s decision to refuse police protection for him and wife Meghan when they visit the UK.

He insists he wants to bring his children Archie and Lilibet to the UK but he “does not feel safe” under the current security arrangements.

Yet he was told in court yesterday his demands to be allowed to pay for 24-hour armed protection when he visits here from the US were unreasonable because British police are not “guns for hire”.

Becoming the first member of the Royal Family to sue the Government, the Duke of Sussex, claimed in London’s High Court that he should be given taxpayer-funded armed guards.

Papers filed by his lawyers called the decision to remove his security after Megxit two years ago “unlawful”.

Harry’s legal team stated that he wishes to return to the UK “to see family and friends”.

They added: “Most of all, this is and always will be his home.”

Harry, 37, is suing over the decision not to grant him police protection for himself and his family while in Britain — which he has offered to pay for.

The court heard Harry claimed he made the payment offer in January 2020 but the Home Office say it was only made last September.

Harry argues that the private protection team he pays for in the US does not have adequate jurisdiction abroad or access to UK intelligence information.

But lawyers for the Home Office said highly trained Metropolitan Police specialist protection officers were “not guns for hire” and accused him of a “lack of respect”.

Shaheed Fatima QC, a human rights lawyer acting for the Duke, said: “This claim is about the fact that the claimant does not feel safe when he is in the UK given the security arrangements applied to him in June 2021 and will continue to be applied to him.

“It goes without saying that he does want to come back to see family and friends and to continue to support the charities that are so close to his heart.”

Harry is challenging a February 2020 decision of the Royal and VIP Executive Committee, known as Ravec and part of the Protection of Royalty and Public Figures.

But Robert Palmer QC, for the Home Office, told the court the Duke could not demand police protection and his offer of private funding was “irrelevant”.

He stated: “Personal protective security by the police is not available on a privately financed basis, and Ravec does not make decisions on the provision of such security on the basis that any financial contribution could be sought or obtained to pay for it.”

He added that the Ravec decision followed “the well-publicised decision” of Harry to “step back from his role as a working member of the Royal Family to earn a private income and to relocate overseas”.

Mr Palmer said Harry could be offered protection by police during visits on a case-by-case basis.

And he insisted the Duke had not initially offered to fund the security himself — though he had subsequently done so.

Mr Palmer later said that the Duke had “failed to afford the necessary measure of respect” to the Home Secretary and Ravec as “the expert, and democratically accountable, decision-maker on matters of protective security and associated risk assessment”.

It was mentioned how, since leaving for America, Harry had returned briefly for the unveiling last year of the Diana, Princess of Wales memorial statue.

He has previously claimed he had made an offer to pay for protection at his infamous Sandringham summit during Megxit.

Those documents were the first time the Duke had offered to pay for private security, the Home Office said in response.

That followed Harry’s spokesman claiming in a statement last month: “The duke first offered to pay personally for UK police protection for himself and his family in January of 2020 at Sandringham. That offer was dismissed.”

Yesterday’s hearing was held to discuss confidential aspects of the case surrounding security of the Royal Family.

Large periods of the case were held behind closed doors.

Harry had applied for the whole case to be confidential but the Home Office resisted and cited principles of “open justice”.

Mr Justice Swift will make a ruling on redacted and confidential parts of the case at a later time.

A date for the full hearing has yet to be set.

Harry was not in court but was represented by a barrister and legal team from Schillings.

This included Jenny Afia, who spoke out in defence of Meghan’s bullying allegations in the BBC documentary last year The Princes And The Press.

The Home Office team had two barristers and six lawyers. Harry wants to return to the UK for a Service of Thanksgiving for Prince Philip next month and the Queen’s Platinum Jubilee events in June.

Security provision for wife Meghan, 40, and himself was one of the key issues when the couple announced they wanted to step down in January 2020.

They were later forced to disclose they had put in place “privately funded security arrangements” for their move to California after then-president Donald Trump said the US would not pay for their protection.