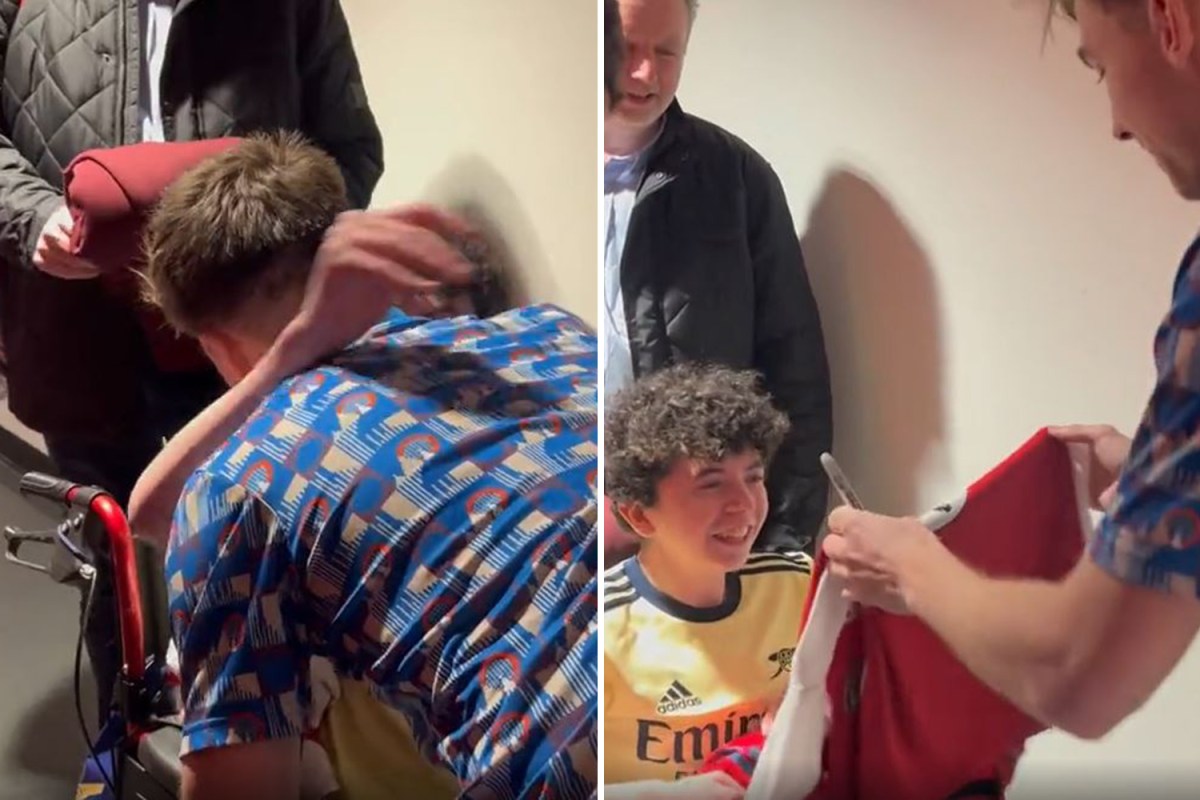 KIERAN TIERNEY made one young Arsenal fan’s night by posing for pictures and signing autographs after yesterday’s match.

The Scot was tweeted earlier this week by Tony Smith, who has been training a young boy named Cameron who suffers from Cerebral Palsy.

Cameron was in attendance at Arsenal’s clash with Liverpool last night – his last game before undergoing a major surgery.

Smith wrote: “I have been training Cameron for months now, he is incredibly hard working and loves Arsenal.

“He has got tickets to the disability section for Wednesday’s game v Liverpool and it would mean the world to him if he could meet @kierantierney.”

Tierney, 24, responded: “Cameron you are a inspiration. I would love to meet you before the game. What a hero❤️❤️ let’s get that sorted @Arsenal”

The former Celtic ace then followed up on his promise, meeting up with Cameron after the match.

Upon seeing the youngster, Tierney said: “Give me a hug mate, it’s so nice to meet you. You’re an inspiration.

“When I seen the video I had to meet you. I’m just sorry we couldn’t get a result for you tonight.”

Tierney then signed his match-worn shirt from last night’s game, with Cameron gleefully saying: “This is so cool!”

Tierney then called Cameron a ‘legend’, before signing a picture for him.

The youngster then penned his own signature on a shirt to give his hero.

Tierney wished the youngster luck with his operation, calling it an ‘honour’ to meet him before giving him another hug.

Cameron beamed from ear to ear as Tierney made to return to the changing room.

But the exchange wasn’t quite done, as the Scot jogged back to have his picture taken with Cameron.

The duo posed together with their signed shirts, with Tierney adding that he would keep in touch, and sort out tickets for any future games that they would like to attend.