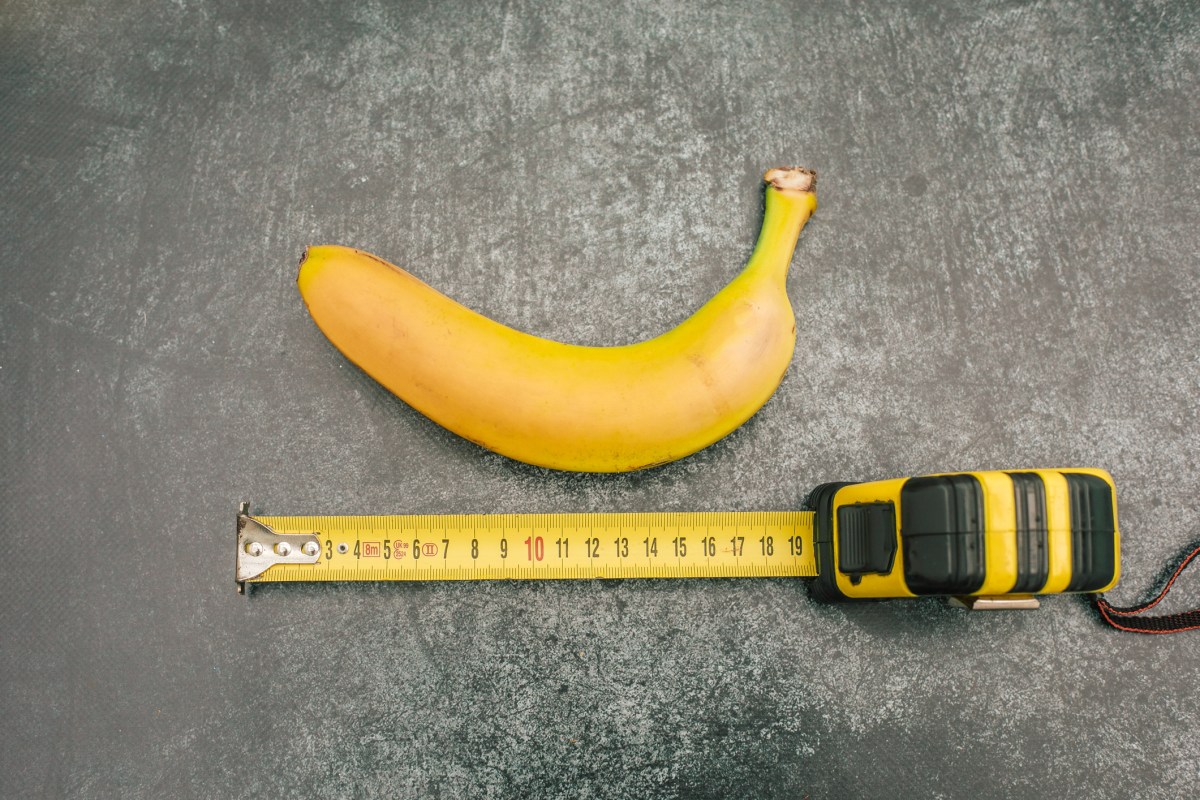 MEN have been fretting over this topic for centuries…

The age-old question of “does size matter?” has plagued chaps throughout history.

Myths have spread that penis size linked to how big your feet or hands are.

Various unrecommended techniques have been employed to make their member’s bigger.

But the NHS has come to the rescue for many worried lads, explaining exactly what is average for a man.

It says: “Most men’s penises are somewhere around 9cm (3.75in) long when not erect, but it’s normal for them to be shorter or longer than this.

“Some things can make your penis temporarily smaller, such as swimming or being cold.

“Research has found the average erect penis size varies from around 13cm to 18cm (5in to 7in). You cannot make your penis larger or smaller with exercises or medication.”

For any worried teens there is also reassurance, as there is no average size listed because people grow at different rates.

Extra advice said: “Each penis is unique and boys develop at different ages and rates.

“During puberty, usually between the ages of 11 and 18, the penis and testicles develop more rapidly, although the penis doesn’t stop growing until the age of 21.”

Researchers at University College London shut down the old wives tale that big feet mean you have a big package.

During the study, experts noted some are “growers” while others were more immediate “showers”.

They concluded: “The supposed association of penile length and shoe size has no scientific basis.”

However, there may be a body part that could be an indicator of your penis size – your toes.

In 1999, a Korean study found the circumference of the penis was slightly correlated to the length of your first and third toes.

The NHS also reveals that smaller penises increase more in length than longer ones when they become erect.

Research based on the penis measurements of 2,770 men found that shorter penises increased by 86 per cent when erect, nearly twice that of longer penises – 47 per cent.

The scientists also pointed out the large variation in the angle of an erect penis, with some pointing straight up, some straight down and some with a slight bend to the left or right.

The NHS emphasises that “there is no right shape” but if you have a significant bend which is causing pain or difficulty having sex, to see your GP.

Regardless of actual size, many men are still unhappy with the size of their manhood.

A study based on the results of an internet-based survey of more than 50,000 men and women revealed 45 per cent of men would like a larger penis, while 85 per cent of women were satisfied with their partner.

The report by Professor Kevan Wylie, a consultant in sexual medicine at the University of Sheffield, found excessive concerns about penis size were higher among average-sized men than those less well endowed.

If you truly want to know your penis size, the NHS offers tips on how to properly measure it.

They said: “Men often have the wrong perspective on their penis.

“To see your penis as other people would, look at yourself undressed in front of a full-length mirror. The penis looks longer and larger than when observed from above.

“At some stage, most boys get out a ruler or a tape measure to find out how long their penis is.

“There’s little point in doing this when the penis is limp because the length of a flaccid penis can vary a lot, for example depending on how cold the room is.

“To get a precise measurement, do it when you have an erection. It is standard to measure the penis on the top side, from the base to the tip.”