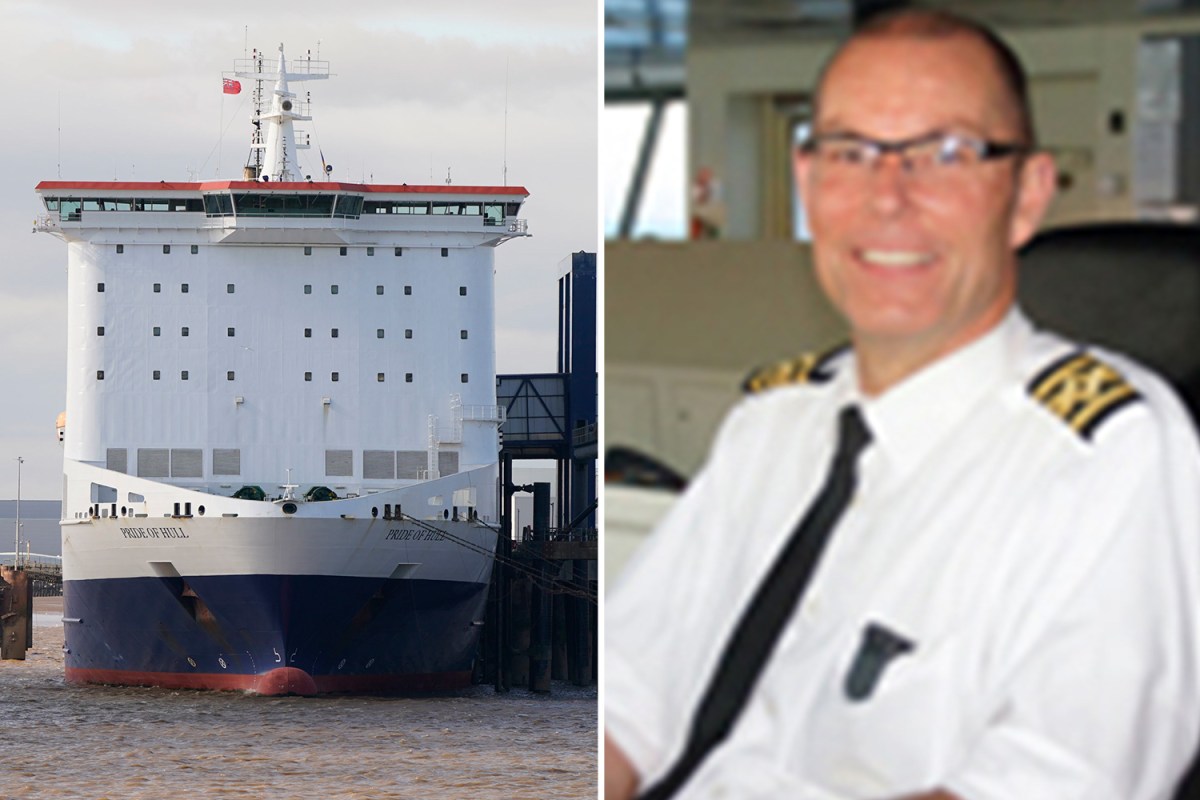 A HERO ferry captain drew up his gangplanks in a stand off with P&O bosses after the company sacked 800 workers via Zoom.

Pride of Hull master Eugene Favier refused to allow police or new crew on board following the mass redundancies.

Eugene sealed himself and his crew inside the ship and vowed to remain on the ferry until the dispute was resolved.

He declared he had enough food and supplies to last “as long as it takes”.

The Pride of Hull normally carries a crew of 141 and is one of the biggest ferries in Europe – making regular crossings between Hull and the Dutch port of Rotterdam.

The stand-off lasted for six hours until P&O provided written terms of their redundancy agreements, which Mr Favier insisted on his dumped crew receiving.

The crew then disembarked over a covered gangplank with the captain STILL remaining on board his vessel, as a member of key personnel.

Hull’s Labour MP Karl Turner said during the stand-off: “I’m told by Gaz Jackson, who is the RMT official who is sitting in on the ship, he’s effectively locked in with the ship and the crew.

“He’s saying the captain is refusing to allow the police to enter the ship. Members have said to me that the vessel has got enough supplies to feed the crew for as long as it takes.

“As far as I understand in maritime law, even though that vessel is in a port, that captain is still entitled under maritime law to refuse any person onto his vessel.”

Mr Turner added that staff on the ship had been treated with “utter contempt” by P&O, which is owned by Dubai-based logistics giant DP World.

“I’m not having a pop at Boris Johnson, but I suspected P&O ferries, which is owned by the state of Dubai was effectively going to sack every British rating the very next morning.

P&O confirmed they were making changes to the business after making huge losses.

The ferry operator said: “We have made a £100m loss year on year, which has been covered by our parent DP World. This is not sustainable.”

He has sat in with crew members aboard the Pride of Hull.

Mr Jackson said: “Our members onboard are very distraught about the Zoom call that they received this morning at 11 o’clock saying, basically, they are on the scrap heap.

“Officers are able to re-apply for positions with a contracted company, but the ratings are unable to apply for any jobs with the contracting company.

“So the ratings, which are mainly our members, will be out of work from today.

“What we are demanding from the company and the government is secure work for our British seafarers.

“This is just another show from a company that’s owned by a foreign land that British seafarers don’t really matter, and we cannot let this happen. We’ll be as long as it takes.”

Humberside Police said they had been engaging with “all parties” at an incident at King George Dock, Hull, but added there was no immediate cause for concern.

A police spokesman said: “We are aware of the incident at King George Dock, Hull.

“We have been engaging with all parties and are satisfied that there is no immediate cause for concern.”